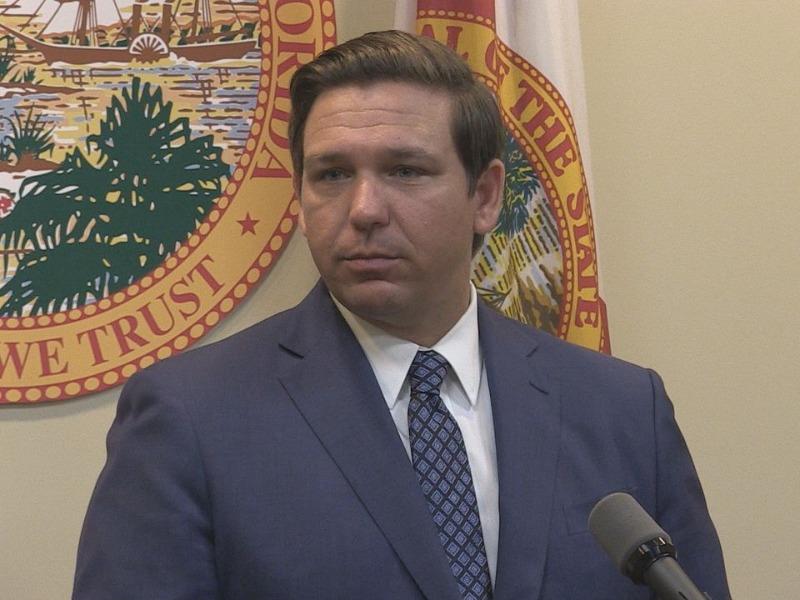 “I didn’t have enough bandwidth to propose it, but I would like to see the CRC eliminated."

Expect state lawmakers in 2020 to again take aim at a powerful panel that put seven constitutional amendments on the ballot last year — all of which passed.

Gov. Ron DeSantis expressed support Saturday for getting rid of the Constitution Revision Commission, which meets every 20 years to propose changes to the state’s top legal document.

“I didn’t have enough bandwidth to propose it, but I would like to see the CRC eliminated,” DeSantis told reporters during a wide-ranging discussion after the 2019 legislative session ended Saturday. “I think what happened last election with some of those bundled amendments was not good.”

The Senate voted 35-4 during this spring’s session to approve a proposal (SJR 362) that sought to eliminate the commission. It also voted unanimously to back a separate measure (SJR 74) that would have restricted the commission to putting single subjects in ballot proposals.

However, House leaders did not put either proposal up for a floor vote. If the Legislature had approved the proposals, they would have gone on the 2020 ballot because any changes to the commission would require changing the Constitution.

As an example of the bundled amendments that drew controversy in November, one ballot measure tied together a ban on offshore oil drilling and a ban on vaping in workplaces.

DeSantis on Saturday joined lawmakers who have expressed concerns that the panel exceeded the intent of voters, who created the commission in 1968.

All constitutional amendments require approval from 60 percent of voters to pass.

While DeSantis and many lawmakers were unhappy with the Constitution Revision Commission, the Legislature on Friday also approved a measure that would make it harder to get citizens’ initiatives on the ballot.

The measure places more restrictions on petition-gathering efforts — a key part of putting initiatives on the ballot. For example, the bill would require petition gatherers to register with the state and prohibit them from being paid per signature.

Supporters contended the changes are needed to combat fraud in the petition-gathering process. DeSantis said, “whether this is enough, I don’t know.”

One idea that has been floated at times would be to create an initiative process to amend state statutes, which are easier to change than the Constitution. That would reduce the number of constitutional revisions.

“If you want to do policy through initiative, it should be a statutory initiative,” DeSantis said. “If the policy doesn’t work out (in a constitutional amendment), then you’re hamstrung. You’ve got to go back and do another amendment process. And that’s cumbersome.”