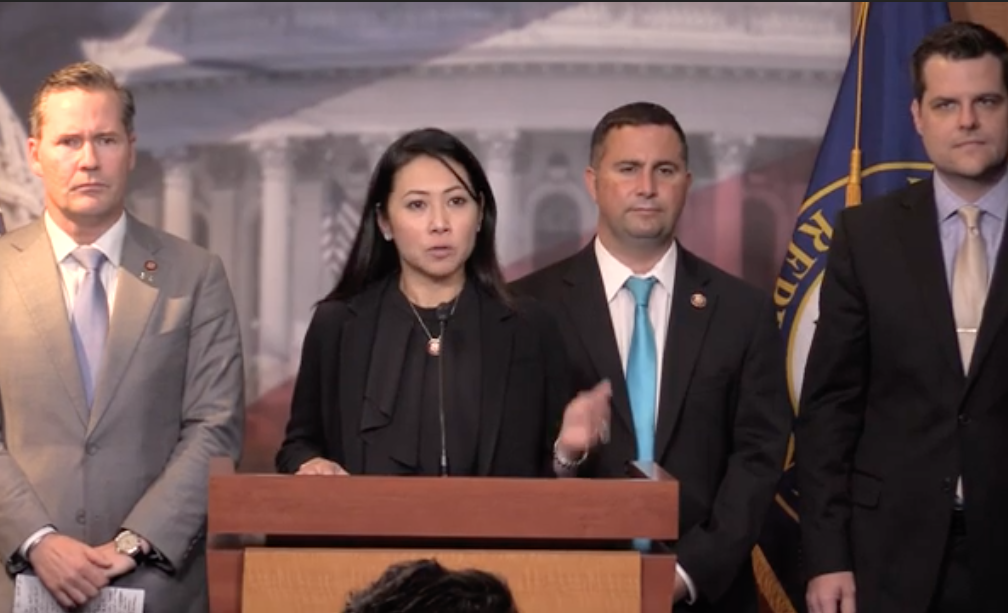 'There were other counties where the Russians were able to enter the garage.'

A bipartisan group of Florida members of Congress led by Democratic U.S. Rep. Stephanie Murphy and Republican U.S. Rep. Michael Waltz is demanding the FBI release the names of counties hacked by Russian operatives and other information.

Murphy, Waltz, Democratic U.S. Reps. Darren Soto and Debbie Mucarsel-Powell, and Republican U.S. Rep. Matt Gaetz held a joint news conference Thursday after a briefing with the FBI and the U.S. Department of Homeland Security on reports that two Supervisors of Elections offices’ voter databases were hacked, and that attempts were made on all 67 Florida counties.

Other members of the delegation who did not attend the news conference also released statements about the hacks of Florida counties. One hack was mentioned in the report from Special Counsel Robert Mueller, and Gov. Ron DeSantis disclosed on Tuesday that a second county had been hacked.

“We can now confirm that a second county was breached,” said Murphy of Winter Park. She said the FBI’s classification of those two counties identities as secret was “unacceptable” and “counterproductive”, positions the other four members also declared.

“This issue is not a Democratic issue or a Republican issue,” Murphy said. “It is an American issue, and the public deserves to know what happened as well as to know what is being done to ensure that it does not happen again.”

“This is a bipartisan issue. This is an American security and a national security issue,” said Waltz of St. Augustine Beach.

The five all said they are calling for the FBI to declassify the information about the identities of the two counties hacked and what is being done to assure it won’t happen again.

Murphy and Waltz said they are writing bipartisan legislation that would address many issues of potential hacking of county elections systems, including requirements that the FBI notify those counties and disclose when breaches have occurred.

The members of Congress said the briefing they received was classified, so, like DeSantis, they cannot reveal anything about which counties were hacked.

They also said 66 of Florida’s 67 counties have agreed to install real-time hacking sensors to be monitored by the FBI, but that Palm Beach County had not.

They also said the FBI assured them it found no evidence of database tampering and that the elections themselves were not affected. However, Murphy and Waltz both said they have lingering questions about how and why the FBI concluded that. 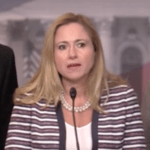 Mucarsel-Powell, of Miami, said the FBI said only that it found no evidence, but could not tell them unequivocally that the databases had not been tampered with.

“We couldn’t get with certainty, the verification that the Russians actually were not able to manipulate the data that they had access to,” she said. “They [the FBI] found no evidence of that. They could not say with certainty that they [Russians] did not manipulate that data. That is something that is concerning to me. We still have a lot of questions from the delegation.

“There were other counties where the Russians were able to enter the garage, but not really the house, is what they were explaining to us.”

Mucarsel-Powell and the others said the biggest concern is that voters were the ultimate victims, and that those voters are not being told they were victims or what is being done about it. Mucarsel-Powell pointed out that one of the goals of Russia was to undermine the confidence of American voters in elections, and that any unanswered questions may support that goal.

He and the other members took strong exception to that conclusion and to its ramifications.

“That rationale is ludicrous,” Gaetz said. “The victims are not office holders. The victims are voters. And the victim truly is the integrity and trust we have to have in the American elections system.”

“We have very clearly and forcefully asked the FBI to declassify that information,” Waltz said.

Soto, of Kissimmee, detailed what happened, based on their FBI briefing. Russian operatives sent phishing emails to all 67 Florida counties. Two counties had employees click on the email, infecting the voter registration computer system with the phishing program that gave the operatives access to the system.

Waltz and Gaetz also raised concerns that the FBI and Department of Homeland Security are content to handle the case domestically, rather than get the U.S. Department of Defense involved. Waltz said the legislation he and Murphy are working on may address that.

“The FBI briefing brought home again the irrefutable fact that Russia interfered in our 2016 presidential election, including the attempted hacking of Florida’s election process. I was particularly alarmed by the information that out of 67 Florida counties, only the former Palm Beach County Supervisor of Elections turned down a system that would allow detection of attempted hacking of voting equipment. I have been assured by our new supervisor that she is in the process of adopting these safeguards. We know that Russia and others continue to try to sabotage our democracy. We must do everything possible to resist.”

“Today’s classified briefing was important, but much of this information can and should be shared with Florida voters and the American people, and I asked the FBI to reconsider their decision to block the disclosure of the information. We need to all work together so that every American understands exactly what happened in 2016 and understands what’s necessary to defend our country from ongoing attacks by foreign powers.”

Democratic U.S. Reps. Debbie Wasserman Schultz of Weston and Charlie Crist of St. Petersburg not only went after the FBI, but also Republican U.S. Sen. Rick Scott, who last year ridiculed Democratic then-U.S. Sen. Bill Nelson for saying at least one Florida county had been hacked. [On Thursday, Scott attacked Crist on another matter.]

Their statement: “The Russian intrusions revealed to Florida’s delegation today are deeply concerning, and investigators should not withhold this information from the real victims: voters in those two counties. This lack of transparency diminishes confidence in our election systems. It is also disappointing that then-Gov. Rick Scott chose to exploit and trivialize this now-documented assault on our state for political gain last year, despite the prudent and guarded warnings Sen. Nelson made at the time. Now a Senator himself, Rick Scott and most Republican leaders have done far too little to prevent this type of attack from ever happening again. By failing to act, Republicans leave our democracy vulnerable to the same type of attacks Florida witnessed. More must be done to protect our elections.”