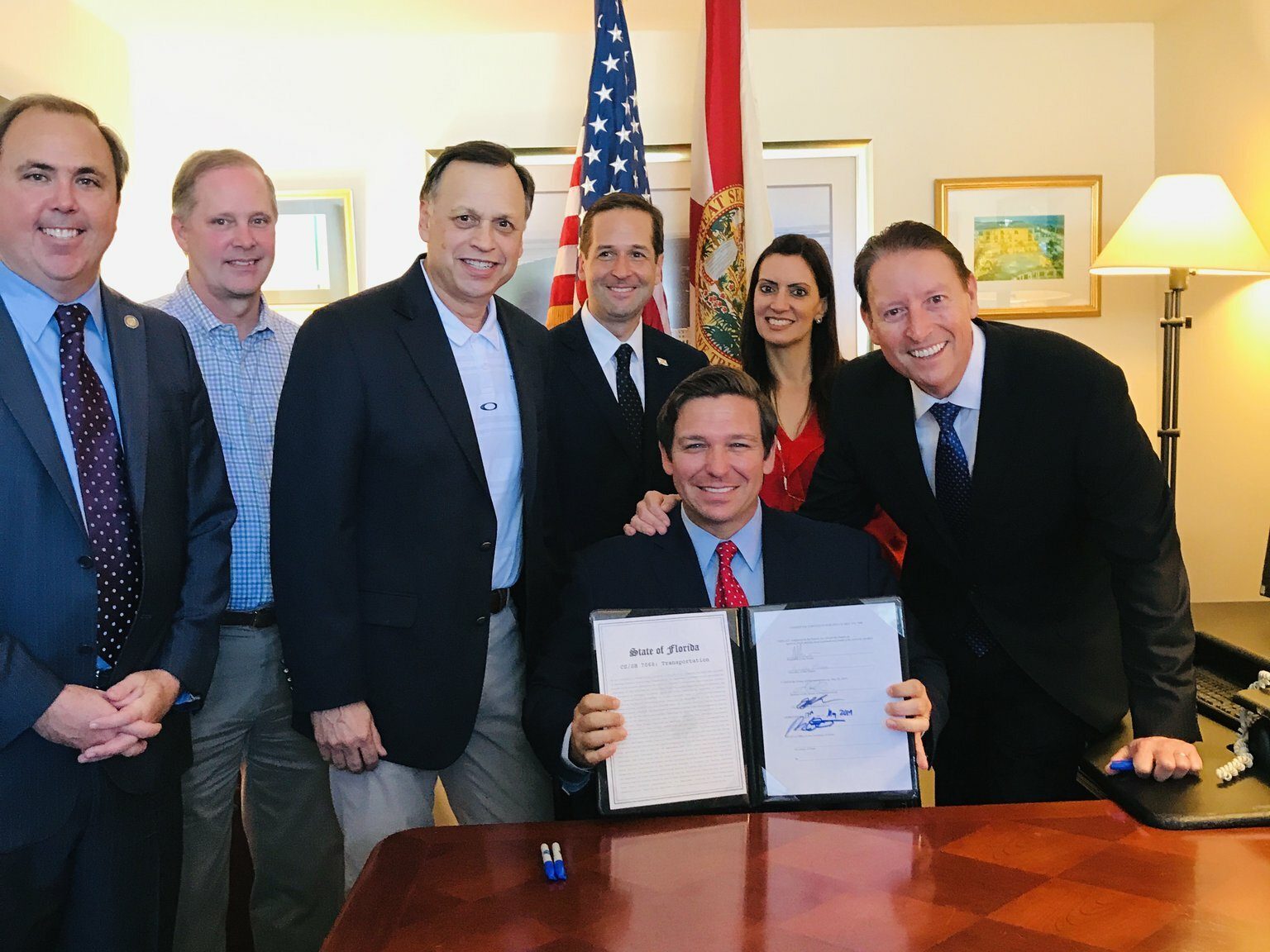 With Republican Gov. Ron DeSantis‘ approval and to the dismay of some environmentalists, the state will start saving money for three major toll road projects that supporters have said will benefit rural areas and complement Florida’s growing population.

DeSantis on Friday signed into law the bill (SB 7068). Senate President Bill Galvano, a Bradenton Republican, had prioritized the legislation leading into the 2019 Session, which ended earlier in May.

Galvano, in a prepared statement, called the bill “an innovative approach to infrastructure that will enable Florida to strategically plan for future population growth, while at the same time revitalizing rural communities, protecting our unique natural resources, and enhancing public safety.”

Money linked to the legislation would go toward plans to extend the Tampa-area Suncoast Parkway to the Florida-Georgia line, connect the northern terminus of the Florida Turnpike to the Suncoast Parkway, and construct the Southwest-Central Florida Connector between Polk and Collier counties.

The need for each project, however, will be examined by special task forces.

Those panels, which will include environmental representatives, will consult with the Florida Department of Transportation and the public.

A Senate news release said “corridor need, economic and environmental impacts, hurricane evacuation needs, and land use impacts” will be evaluated by the task forces.

“Project construction cannot be funded until a report is completed,” the Senate news release said.

The task forces must submit their findings to state leaders by October 2020.

Sen. Tom Lee, a Thonotosassa Republican who carried the legislation, called the plans a “long-term investment.”

“With this legislation signed into law today, we are taking a huge step forward in our work to sustain the historic rural communities that have powered Florida’s economy for generations,” Lee said.

While no shovel turning will begin until reports are complete, the state already is tucking away money for the projects.

During the next fiscal year, the state will set aside $45 million in General Revenue and slowly take more over a three-year period. By 2022, an estimated $100 million would be available for the three major corridor plans.

Through the same period, another $32.5 million would also have been siphoned to other transportation funds designed to beef up rural infrastructure.

The legislation has drawn criticism from environmental interests like the Sierra Club, which has routinely argued the plans would cut through ecosystems and create unnecessary development and urban sprawl.

But groups like the Florida Chamber, which advocates for business, have argued that the roads are necessary for Florida’s population.

“I understand there are some that will always oppose smart growth and opportunities, believing that a thriving economy cannot coexist with responsible environmentalism or that our roadways are already adequate for the future,” said Mark Wilson, the President and CEO of the Chamber.

Added Wilson: “Moving goods, residents, and visitors is a paramount concern for Florida’s economy and that concern is felt by Republicans, Democrats, and independents alike.”

nextJacksonville Bold for 5.17.19 — Requiem for a lightweight