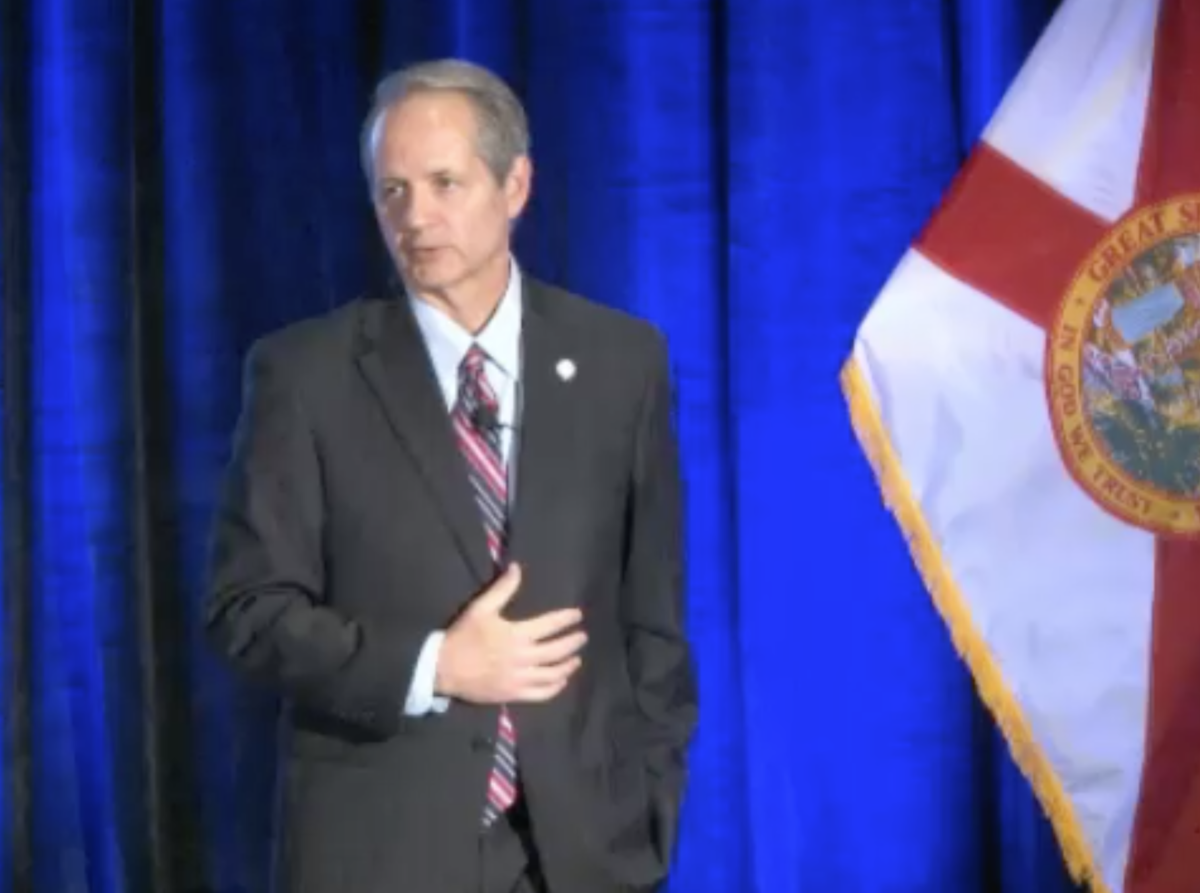 "This summit is a small part of our full-time effort to end generational poverty in Florida."

The Summit on Prosperity and Economic Opportunity began Wednesday at the Palm Beach Convention Center in West Palm Beach. On day one, attendees heard remarks on the meeting’s overall goals, as well as efforts to help those in poverty such as feeding the needy and giving shelter to the homeless.

Former Speaker of the House Will Weatherford was slated to kick off Thursday’s talks. But a scheduling conflict kept Weatherford away from the event.

That left the mic to Odahowski, who is the President and CEO of the Edyth Bush Charitable Foundation.

“It’s not just our duty as business leaders, but a moral imperative as citizens of this great state, to champion solutions against generational poverty,” Odahowski said.

He then turned the stage over to Mark Wilson, President and CEO of the Florida Chamber of Commerce. Wilson described the impetus of the summit, pointing to a conversation he had with former Speaker Weatherford.

“Three or four years ago when Speaker Weatherford and I started really digging in and looking at this data, you would be hard-pressed to come up with a legitimate excuse to not make this the primary focus of the Florida Chamber or the Florida Chamber Foundation,” Wilson recounted.

“You can’t talk about economic development and economic opportunity for everyone and pretend that this is not one of the biggest opportunities we have in Florida.”

Among those data points are the roughly 3 million Floridians living in poverty. Wilson shared around 900,000 of those are children.

He also argued that the government can’t be the only entity relied upon to solve the problems leading to those levels of poverty.

“If government can solve this, we wouldn’t have had a need for this conference,” Wilson said.

“We wouldn’t have had a need for our full-time effort. Government’s an incredibly important partner in a lot of ways. But I think our business community needs to be driving the conversation.”

Wilson also gave a message to those business leaders in the audience, pushing them to use the summit as a jumping off point to a larger body of work.

“I hope you don’t see yourself as attending a one- or two-day summit every year,” Wilson said. “This summit is a small part of our full-time effort to end generational poverty in Florida.”