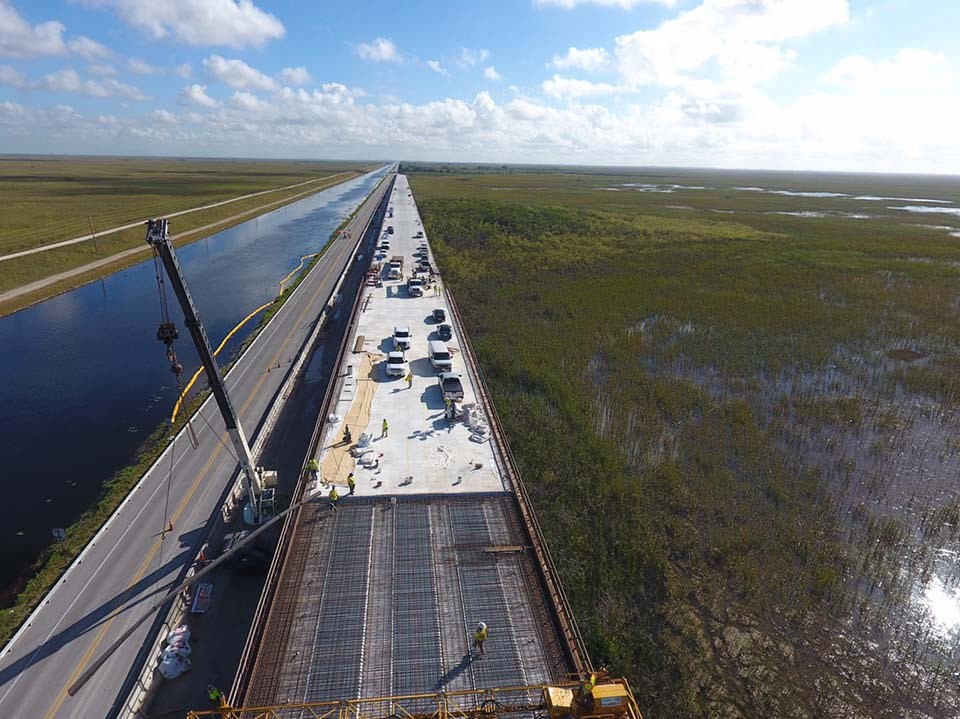 Political leaders and environmental activists applauded the funding, which will help restore natural water flow around the Everglades.

“Elevating the Tamiami Trail will allow for an additional 75 to 80 billion gallons of water a day to flow south into the Everglades and Florida Bay,” Gov. Ron DeSantis said.

Rubio, a Miami Republican, said the funding would prove critical for Florida’s water.

“Fighting to expedite Everglades restoration remains one of my top priorities,” he said.

He said the road project also would prove critically important in advancing other environmental efforts in South Florida.

“Without this critical funding to raise the road, recently authorized projects to the north, including the Central Everglades Planning Project and the Everglades Agricultural Area Reservoir, would not be able to achieve their full restoration capabilities,” he said.

“Everglades restoration is absolutely necessary to ensure the environmental sustainability and economic vitality of one of the most dynamic regions of our nation, and I will continue to work collaboratively across federal, state, and local government to address any roadblocks slowing down our progress.”

Congress on both ends of the road agree on the need for the project.

“The Everglades ecosystem is vital to Florida’s economy and has a $2 trillion impact on the state,” said Rooney, a Naples Republican.

“When this project is completed, water will be able to flow south into the southern Everglades and Florida Bay, where it is desperately needed.

“Currently, Tamiami Trail acts as a barrier and heightens the risk of flooding to nearby areas … It is vital that South Florida’s ecosystem is restored to its natural state, and that starts with water flow.”

The $60 million grant goes on top of $40 million approved this year by the Legislature.

“Moving a much greater amount of water south—mimicking the natural water flow—is critically important for our environment, health, safety and economy,” said Mast, a Stuart Republican. “This project will see huge benefits to restore the Everglades and prevent harmful discharges.”

Eric Eikenberg, CEO for the Everglades Foundation, said the transportation project would prove valuable to the ecosystem. The foundation said that water flow into the Everglades has been bottlenecked for close to a century because of the Tamiami Trail’s course.

The roadway, built in the 1920s by developer Barron Collier to connect Tampa and Miami, blocks the natural southerly flow of water. That in turn causes massive grass die-offs in Florida Bay and increase fire risks in the Everglades itself.

“The water crisis facing the Everglades is really two-fold,” Eikenberg said. “At the northern end of the Everglades, excess water flowing into Lake Okeechobee has forced massive discharges of algae-causing water into the Caloosahatchee and St. Lucie Rivers.

“Meanwhile, in the southern Everglades, the lack of fresh water impacts wildlife and destroys critical habitat. In Florida Bay, it is ruining the delicate saltwater balance, killing seagrass habitat needed to support world-class recreational fishing in the Florida Keys.”

The National Park Service (NPS) in 2008 recommended the elevation of about 12 miles of roadway as part of a $240 million project.

In an effect to remediate the issue, NPS officials already constructed two massive elevated bridges to allow greater water flow. The new funding allows for a 6.5-mile stretch of road connecting the bridges to be elevated as well. The road segment runs east-west through the Everglades near the middle of the state.

“This $100 million project is an essential and significant step in the restoration of America’s Everglades and returning the natural flow of fresh water to Everglades Natural Park,” Eikenberg wrote in a letter supporting funding.

nextSunburn — The morning read of what’s hot in Florida politics — 6.4.19