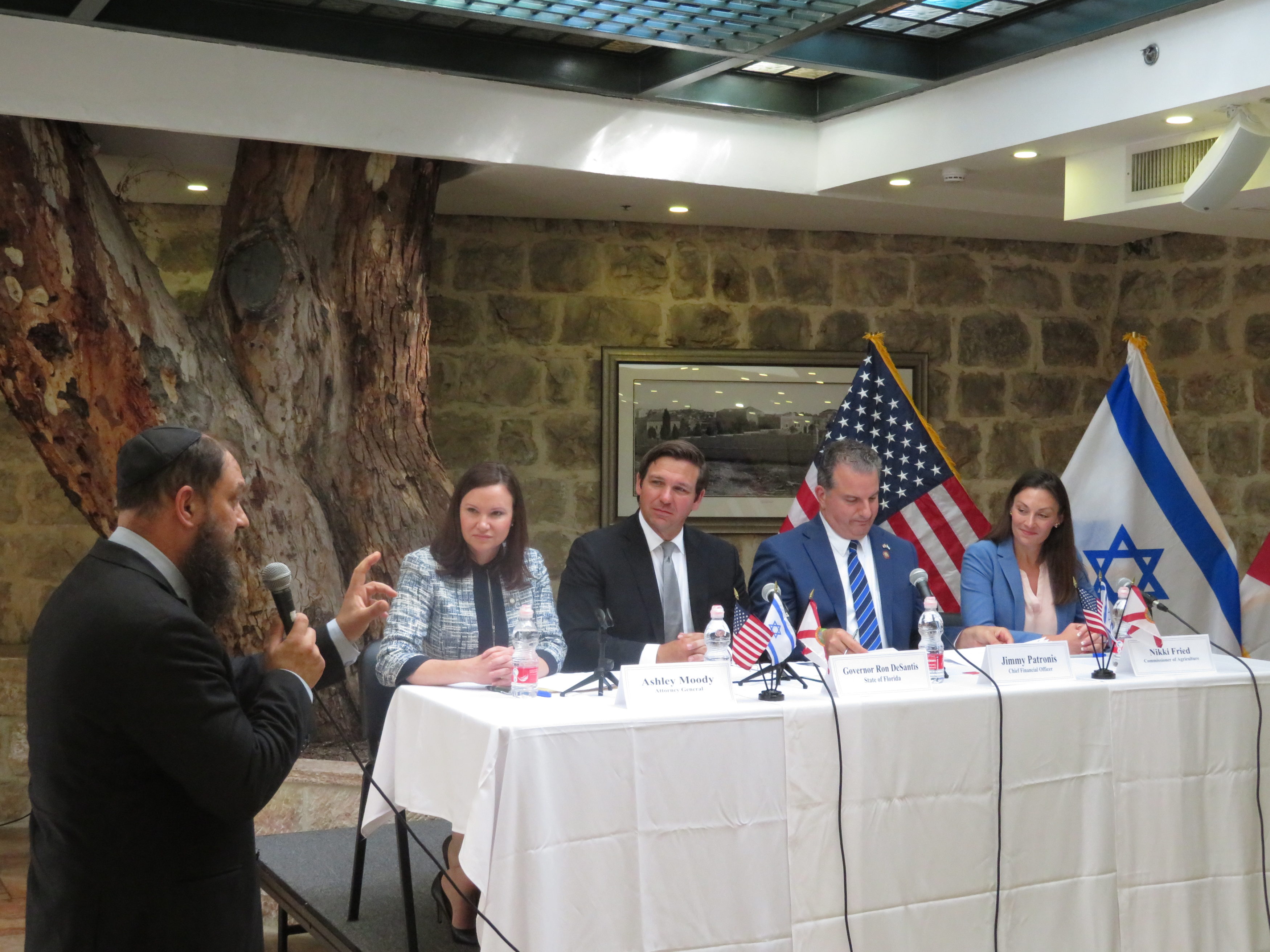 The Florida Cabinet meeting in Jerusalem stood last week as the signature event of a four-day trade delegation, happening despite a last-minute legal challenge to its legality that Gov. Ron DeSantis termed “totally baseless.”

On Tuesday, the Cabinet (which by and large was together for the major events of the trip) was expected to have discussed what they learned and experienced.

However, despite inclusion on the agenda, that “Israel Business Development Mission” recap discussion never really transpired in the formal meeting.

The opening invocation was a successful completion of a prayer that only got four words in before the stream from Tallahassee cut off: Division of Administrative Hearings Chief Judge Bob Cohen was delivering the invocation remotely last week, but due to technical difficulties, no one in the U.S. Embassy could hear more than the intro.

With all parties in the same room, such a glitch was avoidable Tuesday morning.

Discussion, however tangential, did permeate aspects of the meeting beyond its skipped place on the formal agenda.

Agriculture Commissioner Nikki Fried, the sole Democrat elected statewide, thanked FDLE members for being “there to protect us” in Israel. Some members were receiving awards from the Cabinet.

Otherwise, it’s a mystery (at least for now) why the promised discussion on the agenda did not happen.

The media availability offered some quotes, at least.

DeSantis, in familiar language, defended the “historic meeting” after the meeting.

The Governor said the meeting was “fully compliant with the (Sunshine) Law.”

Indeed, throughout the trip, there were 10 formal media availabilities, where the Governor took questions on matters ranging from business development meetings to Benjamin Netanyahu and the Boycott Divestment and Sanctions movement.

“I want the people of Florida to see what we’re doing,” he added.

However, critics have complained that the only people who could see that were insiders and media embedded on the Enterprise Florida mission.

It may be up to courts to decide ultimately whether live streaming is Sunshine-compliant or not.