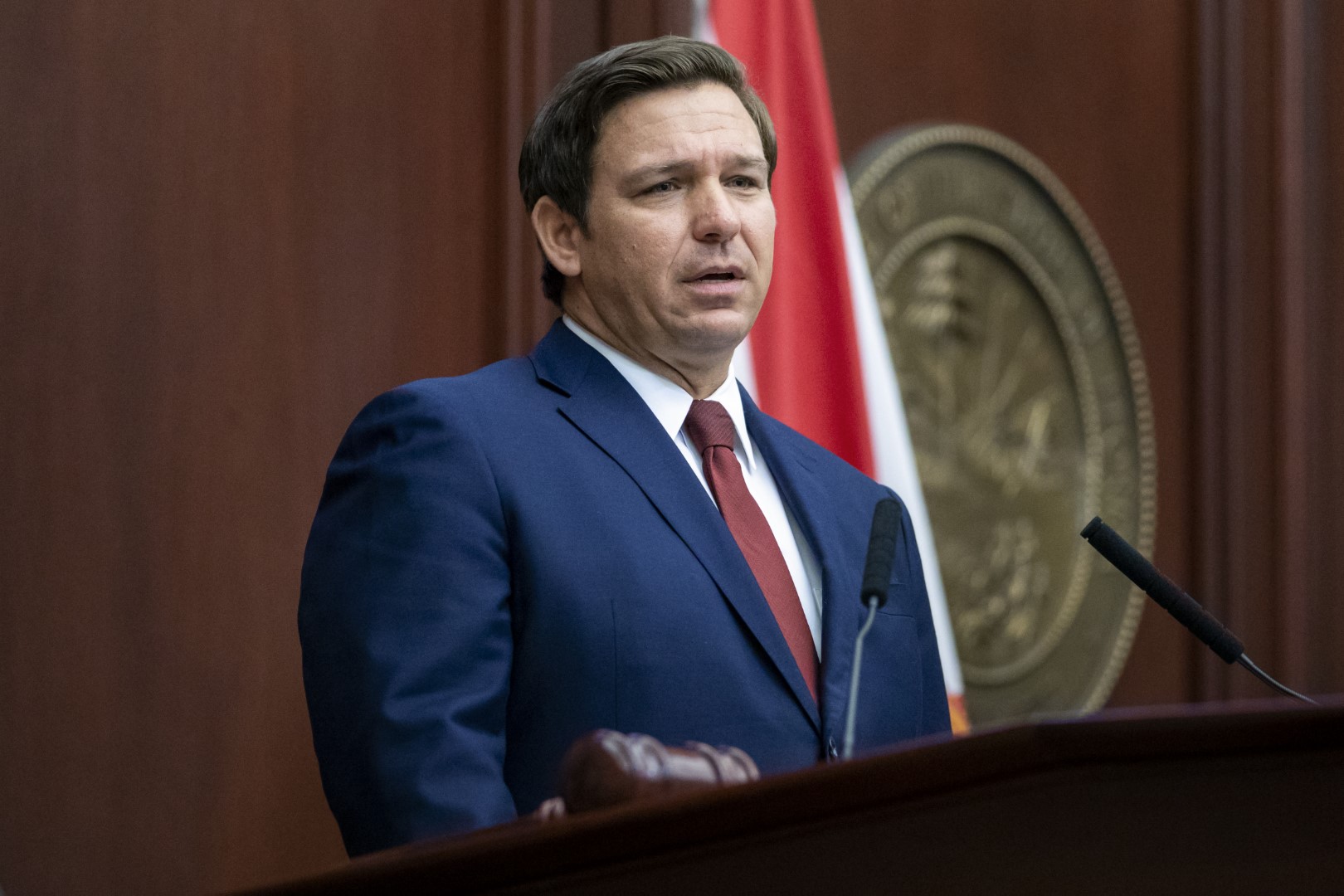 Governor says José Oliva should "take whatever action is necessary."

Add Gov. Ron DeSantis to the list of influential Florida Republicans who are criticizing state Rep. Mike Hill after the Pensacola Republican laughed and brushed aside someone’s suggestion to file a bill permitting the execution of gay people.

DeSantis told reporters after Tuesday’s Cabinet meeting that he is aligned with House Speaker Jose Oliva on the issue.

“I support Speaker Oliva’s comments and I trust the Speaker to take whatever action is necessary,” DeSantis told reporters when asked about Hill and any potential censure.

An audio recording of Hill capturing the exchange was first reported by the Pensacola News Journal. It happened at a May 23 meeting of the Women for Responsible Legislation.

“In 1 Corinthians, it says that a man who has an affair with another man will be put to death,” one person says. Hill responds, “It says that in the Old Testament too.”

Another attendee then asked Hill if he could sponsor legislation to enforce that scripture. After Hill and others are heard laughing, Hill says, “I wonder how that would go over?”

Both Democrats and Republicans have responded to Hill’s remarks: Democrats have called for his resignation; Republicans — like Oliva, Sprowls and Sen. Joe Gruters, chair of the Republican Party of Florida — have demanded Hill apologize but stopped short of calling for resignation.

Oliva and Sprowls described Hill’s remarks as “callous indifference” to the suggestion made by the person speaking to Hill in the recording.

“He owes his colleagues an apology and he owes the Republican caucus a better example of political courage,” the statement said. They did not mention any other action, such as removing him from House committees.

Earlier this year U.S. House Republican leaders removed Rep. Steve King of Iowa from the Judiciary and Agriculture Committees after comments he made to The New York Times “questioning why white supremacy is considered offensive,” the paper reported.

Hill so far has refused to apologize for the comments and has said he’s the victim of “social media lynching.”

“Absurd to ask me to apologize for a statement that I did not make and that no one took seriously,” Hill tweeted in response to an article detailing Oliva and Sprowls’ joint statement. “This is a social media lynching!”

Rep. Carlos Guillermo Smith, an Orlando Democrat who is openly gay, recently told the Orlando Sentinel that the House should begin considering a censure against Hill or strip him of committee assignments.

“Despite recent, hurtful comments against LGBTQ Floridians, know this: (Hill) does not reflect Florida,” Fried said. “We are proud to stand against injustice, discrimination and hate, and stand with our LGBTQ community to continue pushing equality.”

previousLast Call for 6.4.19 — A prime-time read of what's going down in Florida politics