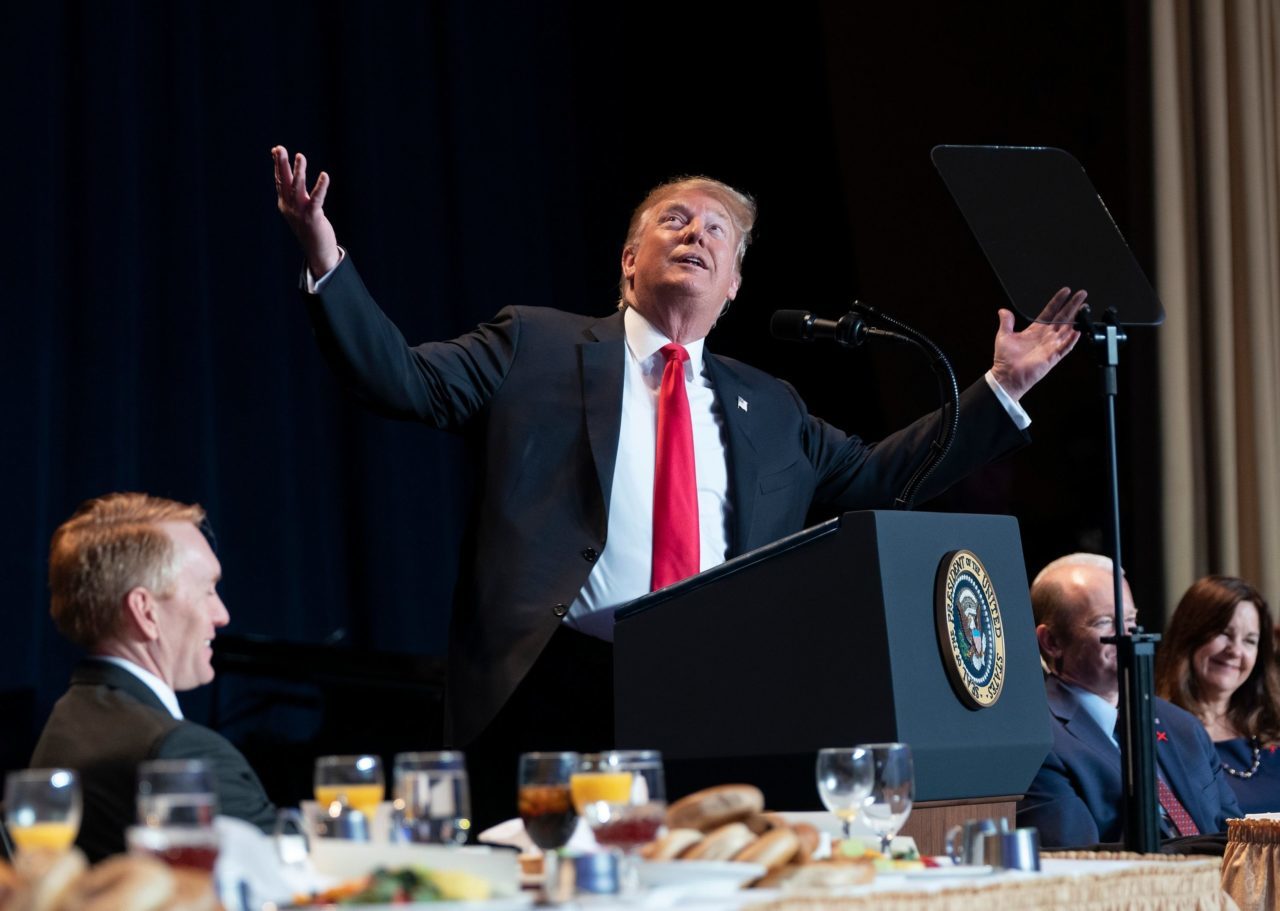 Just attacking Donald Trump won't work in 2020 for Democrats. But can they convince voters they're better?

One of the most important traits to master in politics is the ability to show a basic grasp of reality. Florida Democrats have not regularly demonstrated they have that skill.

As Susan Sarandon’s character in the great movie “Bull Durham” memorably said, “The world is made for people who aren’t cursed with self-awareness.” That may be true for the world, but it will get you beat on Election Day.

When you lose statewide races as consistently as Florida Dems have, a look in the mirror might be helpful.

Well, maybe it will happen.

At their state party conference in Orlando, they heard that a sobering observation from Mike Coleman, precinct development director for the Palm Beach County Democratic Party. He told attendees Democrats would likely need 500,000 new registered voters by next year if they want to win.

That would be about a 10 percent increase.

That’s some hard reality, and that’s not all.

President Donald Trump will make multiple visits to Florida. He’ll get free media exposure worth millions every time he opens his mouth (think about that).  His presence lifts all Republican candidates, Gov. Ron DeSantis for instance.

Having  Andrew Gillum lead a drive to register 1 million new Democrats complicates things, too. The Tampa Bay Times first reported that a federal grand jury recently subpoenaed his campaign records.  That is not a good look.

Even if Democrats can sign up new voters, they must then be convinced to go to the polls. That doesn’t always happen. The good news for Democrats is that it’s a presidential election year, but Republicans are aware of that too.

Smartly, Democrats at the Orlando meeting avoided any talk of impeachment for President Trump. That’s at least some self-awareness.

Impeachment is the forbidden apple in the electoral Garden of Eden. It’s pleasing to the eye of Democrats and oh so tempting to devour. And yes, the president almost certainly deserves to be impeached.

But going there creates a two-fold problem for them this close to the election. It would galvanize Republicans like nothing we have ever seen. It also would take any focus off policy stuff Dems should be stressing to voters.

Keep your eye on the prize.

Republicans up and down the ballot have excelled at that for years. You know what the typical GOP candidate will say.

They also claimed the image of patriotism while Democrats weren’t paying attention. Republicans have never given that up, wrapping themselves in the flag and painting Democrats as godless socialists.

It’s a simple but effective tactic.

What’s the message from Florida Democrats? I mean, just shouting “Trump sucks” will get them beat.

But the decimation of public schools, both on the state and federal level should resonate. Income inequality is something to which many can relate.

Health care is always going to be a priority, along with a woman’s right to control her body.

Registering 500,000 new voters is a good place to start. Florida Democrats should know better than anyone, though, what matters is how you finish.