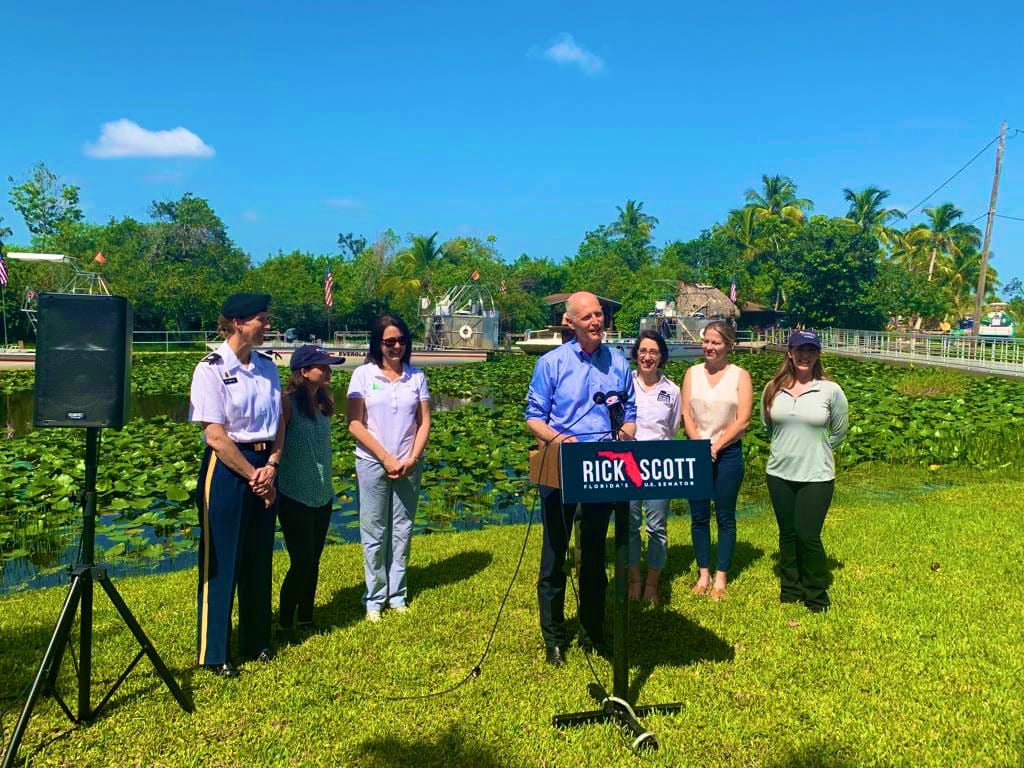 The highway that’s disrupting the ecosystem of Florida’s diminishing Everglades is getting a $60-million face-lift.

The Tamiami Trail has been damming the local waterways for nine decades, but lawmakers are making progress to change that.

The highway that’s been blocking the natural flow of water and disrupting the ecosystem of Florida’s diminishing Everglades, is getting a $60 million face-lift from the federal government.

A group of lawmakers, including Sen. Rick Scott, Sen. Marco Rubio and Rep. Mario Diaz-Balart, Republican from Miami, urged federal government officials to fund the project to raise the sections of the highway that are causing water to bottleneck.

The announcement that funding was granted comes after a letter sent by Scott to U.S. Secretary of Transportation, Elaine Chao. On Friday, Scott visited Everglades Safari Park to discuss the project and recent funding publicly.

“I’m honored to be in the Everglades today to celebrate the beginning of Phase II of the Tamiami Trail project, which is vital to increasing freshwater flows to the Everglades.

“As Gov., I fought to fund the Tamiami Trail Modification Next Step Phase I, and I thank President Trump and DOT Secretary Elaine Chao for building on our efforts by awarding the $60 million I requested for this vital project.

“I also want to thank Sen. Rubio and Congressman Mario Diaz-Balart, who put a lot of work into this project.

“I look forward to continuing this strong federal-state partnership to finish the Tamiami Trail and continue our mission of preserving Florida’s historic Everglades National Park.”

Rubio made Everglades restoration a part of his 2016 reelection campaign and since securing his seat has worked with legislatures on the Tamiami Trail project.

This includes participating in the united-front between Scott, Rubio, Diaz-Balart and other Florida lawmakers in opposition of Donald Trump’s 2020 budget request to Congress. In March, Rubio’s office said in a statement, Trump’s plan “failed to include sufficient funding for Everglades restoration efforts.”

After yesterday’s victorious funding announcement, Rubio said, “Fighting to expedite Everglades restoration remains one of my top priorities. I am proud to have fought alongside Sen. Scott to secure this critical funding to raise the Tamiami Trail.”

He also commended Trump and the government for “continued commitment to Florida’s environment.”

In addition to Scott, Rubio and Diaz-Balart, other politicians who made public statements about funding the project since February include Gov. Ron DeSantis, Rep. Francis Rooney from Naples and Rep. Brian Mast from West Palm Beach.

previousSchool funding formula to get review