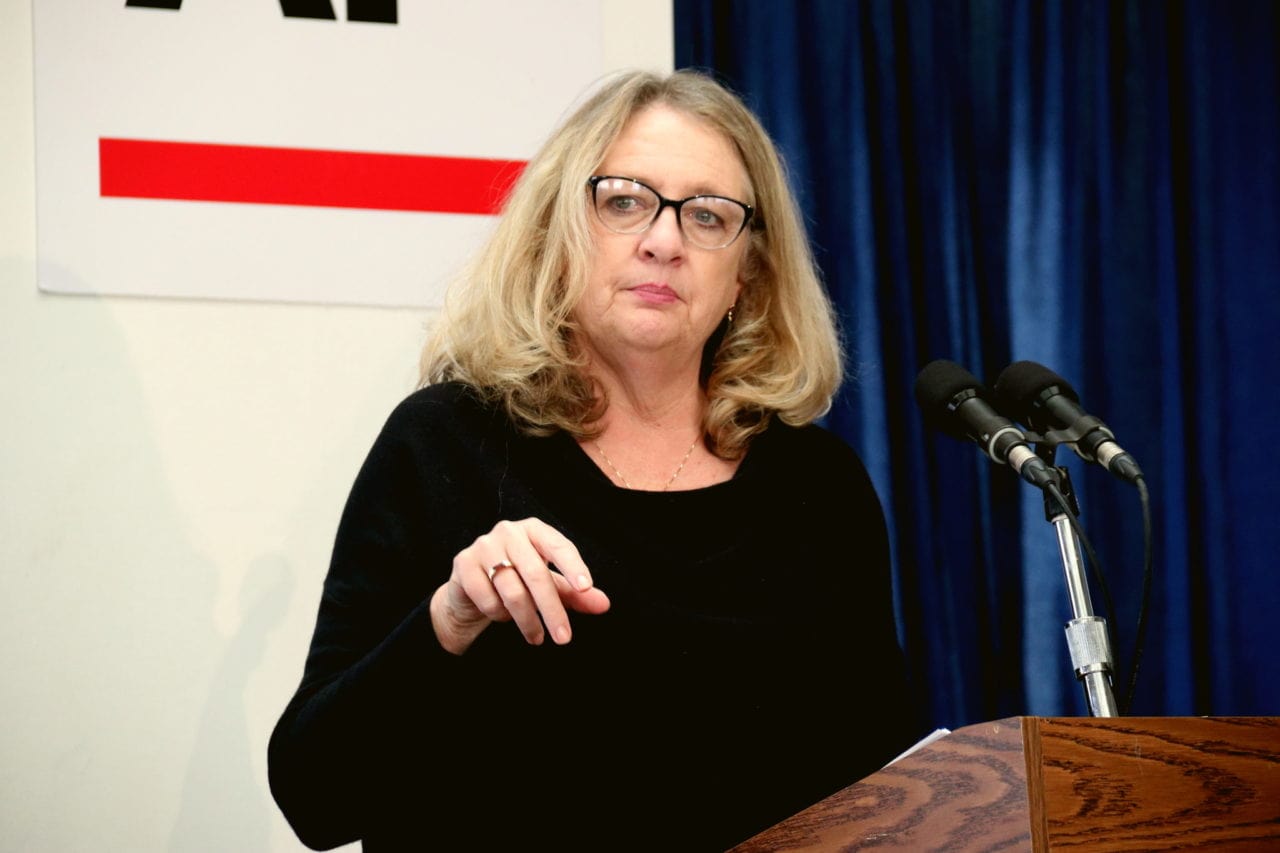 ”Our system of governance (must) remain open and accessible to its people.“

After 25 years of fighting for open and transparent government in Florida, First Amendment Foundation (FAF) president Barbara Petersen says she will retire at the end of this year.

“Twenty-five years ago, when the visionary Miami Herald managing editor Pete Weitzel asked me to run the First Amendment Foundation, I knew then I would be able to spend my legal career pursuing a passion that I find essential to the health and sustainability of democracy in Florida,” the 67-year-old Petersen said in a statement released Friday.

“The FAF is the only organization in Florida that focuses its energy and resources on protecting the public’s right to oversee its government and hold it accountable to the electorate,” she said. “Of course, that effort requires the vigilance of hundreds of people across the state — reporters, editors, citizens, public officials and government employees — who make sure our system of governance remains open and accessible to its people.

“It’s been an honor to serve as the president of the First Amendment Foundation over the years, and a privilege to work with so many people devoted to government in the sunshine, there for all to see and participate in, a standard we all must be willing to fight for in the future, as so many have fought so steadfastly for in the past.

“I thank everyone who shares this ideal for their support of the Foundation as it continues to work on behalf of all Floridians.”

Before joining FAF, based in Tallahassee, she was staff attorney for the Joint Committee on Information Technology of the Legislature, where she worked exclusively on public records legislation and issues, according to a news release on her retirement.

During her years at FAF, Petersen also has served as chair of Florida’s Commission on Open Government Reform and on Gov. Jeb Bush’s Task Force on Privacy and Technology.

She has received many awards, including the prestigious American Library Association’s 2018 Eileen Cooke Award, honoring those who champion access to government information and the public’s right to know.

Petersen served as president of the board of directors of the National Freedom of Information Coalition and currently serves on its board, as well as the boards of the Florida Society of News Editors and the Florida Center for Investigative Reporting.

The passionate advocate of the public’s right to oversee its government has provided open government training to thousands of government officials, public employees, citizen organizations, and reporters across Florida.

Under Petersen’s leadership, the First Amendment Foundation worked with Gov. Charlie Crist in creating the Office of Open Government in the Executive Office of the Governor, and has written dozens of friend-of-the-court briefs supporting citizens and the media, including two cases before the U.S. Supreme Court.

She says she intends to stay involved in FAF and similar causes in retirement. Petersen’s replacement will be announced sometime this fall, as will details of her retirement celebration.

“She has fought hard to keep doors and public records open to reporters and Florida citizens seeking help. She will be missed by all.”

“And she has provided Sunshine Law training to both officials and citizens throughout Florida. An important job superbly done.”

Jim Baltzelle, FAF’s Chairman of the Board and Director of Local Media-Southeast for The Associated Press, added that Petersen “is a fierce advocate for all Floridians on open access to government meetings and public records. Her tireless work as president of the First Amendment Foundation has set the framework for so many battles to come.”

The foundation’s Board of Directors has appointed a search committee to find her replacement. More information about that search will be available in the weeks ahead on FAF’s website, www.floridafaf.org.