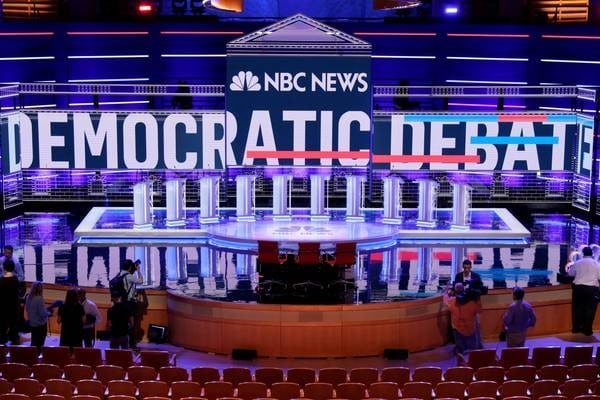 All these candidates benefited from their diversity — their “identities” — rather than being constrained by it.

For as far back as my political memory goes — a more than two-decade period in which the Republican coalition has become whiter, older, and increasingly regionally isolated —  the Right has raged indignantly against the supposed scourge of “identity politics.” In more recent years, the term has been rebranded as “tribalism”, a rhetorically convenient dog whistle of a word with intrinsic, racially charged implications. It has even become fashionable among certain segments of the center-left to decry this strain of politics as supposedly harmful to both Democrats’ electoral prospects and our political culture writ large.

Identity politics, as its detractors would tell you, places us in buckets on the basis of our ethnocultural identities: gender, race, sexual orientation, religion. In doing so, the theory goes, divisions are sown between groups, ultimately diluting our national identity as Americans in favor of these narrower groupings.

The first two Democratic Presidential Debates of 2020 — held this Wednesday and Thursday in Miami — offer conclusive evidence that the breathless rage against identity politics is not simply unfounded, but that identity politics is an overwhelmingly positive force in our national debate. It also demonstrates why the right hyperventilates so over the embrace of this sort of explicit diversity: by embracing and acknowledging a broad array of unique viewpoints, we create a whole that is far greater than the sum of its parts.

Much has been made of “the most diverse field of candidates in history” seeking the Democratic nomination in 2020, and rightly so. The diversity of this crop of potential POTUS’s is striking in its breadth and depth. Indeed, the 24-candidate field contains, with some overlap between them: six women (Gabbard, Gillibrand, Harris, Klobuchar, Warren and Williamson), three African-Americans (Booker, Messam and Harris), two Asian-Americans (Harris and Yang), a Mexican-American (Castro), an American Pacific Islander (Gabbard), an openly gay man (Buttigieg), a really tall dude (de Blasio) and two bald guys (Booker* and Delaney)**.

*Larry David might argue that Booker is “cultivating a look” and not actually part of the “bald community”, but for the purposes of this exercise, Cory is bald.

**If you’re rounding out this list with a joke about Elizabeth Warren‘s Native American heritage, you should probably save yourself time and stop reading this.

If the Fox News/Brietbart take on identity politics was right, what we should have seen onstage was tribal animus, narrow pandering, and essential disagreements along the lines ostensibly drawn by the respective “identities” of this diverse field. What was in fact on display over these two nights in Miami was a vibrant group of individuals who mostly agreed on major questions of policy, but who — through the unique viewpoints born from the diversity of the group — came to those agreements (or disagreements, where they existed) because of their differences, not in spite of them.

Warren, excoriated by Republicans as “shrill” and “Hillary 2.0”, owned the first debate. She may not have had a single defining moment, but she didn’t need to. Every other question asked Wednesday night referenced a previous answer of hers, or a policy proposal she had offered.

Amy Klobuchar scored the biggest applause line of that debate when she shut down Jay Inslee‘s mansplaining of abortion rights. Cory Booker came across as authoritative and presidential throughout, while humanizing his positions with vivid depictions of his hometown of Newark, N.J. Julian Castro offered a passionate, personal take on immigration policy that eviscerated his fellow Texan, Beto O’Rourke.

Thursday night was clearly and unequivocally dominated by Kamala Harris, who took her prosecutorial chops to bear on Joe Biden’s revisionist history of working with segregationists and opposing busing, as well as mildly flaying the Obama administration over its deportation policy. Kirsten Gillibrand offered a passionate defense of women’s reproductive rights and came across as someone thoughtful, passionate and well-versed in public policy. And Pete Buttigieg took an adversarial, no-good-answer question on the lack of diversity in the South Bend, Indiana police force and responded with the sort of honesty and contrition we’re not accustomed to seeing in our politicians.

All these candidates benefited from their diversity — their “identities” — rather than being constrained by it. And I would strongly argue the Democratic Party nationally benefited because of the myriad – sometimes disparate – ethnic, cultural, geographic and other different perspectives represented by the men and women on stage.

I am a straight, white dude who grew up in a bubble of relative wealth and privilege, and Fox News loves to tell people like me that we should be resentful about my party’s embrace of pluralism. Somehow I should feel marginalized and diminished by the fact that we not only have a roster of female, black, brown and various other candidates but that those candidates occasionally wrap their arms around that which makes them different from me. I feel the precise opposite way.

I am a Democrat because it is the party that manages to have a big, inclusive tent and still retain a set of shared values that brings us together on public policy and at election time, rather than driving us apart. That inclusivity was on full display this week and I have never been prouder to call myself a Democrat than at any time since Barack Obama’s first inauguration.

Those who rail against the notion that one might be proud and maybe a little bit different because of their skin color, or background, or sexual orientation are the people who actually divide us and further stratify our politics. The American character is one that thrives on its multiplicity. We are a living, ever-changing democracy that has only ever been made better by evolving alongside its citizens. It is what always has, and continues to, Make America Great.