Rain-free Fourths of July make for more Republicans, and other holiday stats 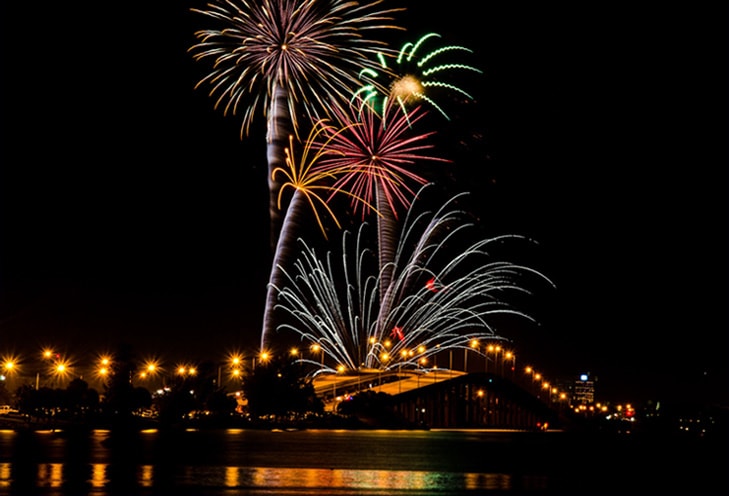 The U.S. Census Bureau is nothing without mountains of data about America, and the Fourth of July is no different.

So, here are some “red, white and blue” stats to chew on for the holiday:

In July 1776, about 2.5 million people lived in the newly independent nation. Today, America has grown to over 329 million.

The U.S. imported about $332 million worth of fireworks from China in 2018. In comparison, fireworks exports came to just $10.2 million, with Israel buying $2.7 million, the most of any other country.

Interestingly, the U.S. also imported $3.9 million in American flags from China in 2013, while exporting $781,222 worth of American flags during the same period, with Mexico the leading customer.

The U.S. shared $100 billion in trade with the United Kingdom last year, making our Revolutionary War adversary the sixth-leading trading partner, 239 years after our declared independence.

Chances are the beef hot dogs, steaks and burgers on the weekend grill came from Texas, which produced 6.1 billion pounds, nearly one-sixth of the nation’s total production.

If the beef is not from the Lone Star State, then it is a good possibility it came from Nebraska, with an estimated 5.1 billion pounds, or Kansas, at 3.7 billion pounds.

Independence Day also has far-reaching effects on American politics — especially when the holiday is rain-free.

According to Harvard University researchers, political views and behavior stem from social and cultural experiences in early childhood, and the Fourth of July holiday shapes the U.S. political landscape.

Specifically: “Days without rain on Fourth of July in childhood shift adult views and voting in favor of the Republicans and increase turnout in presidential elections. The effects we estimate are highly persistent throughout life and originate in early age. Rain-free Fourth of Julys experienced as an adult also make it more likely that people identify as Republicans, but the effect depreciates substantially after a few years.”