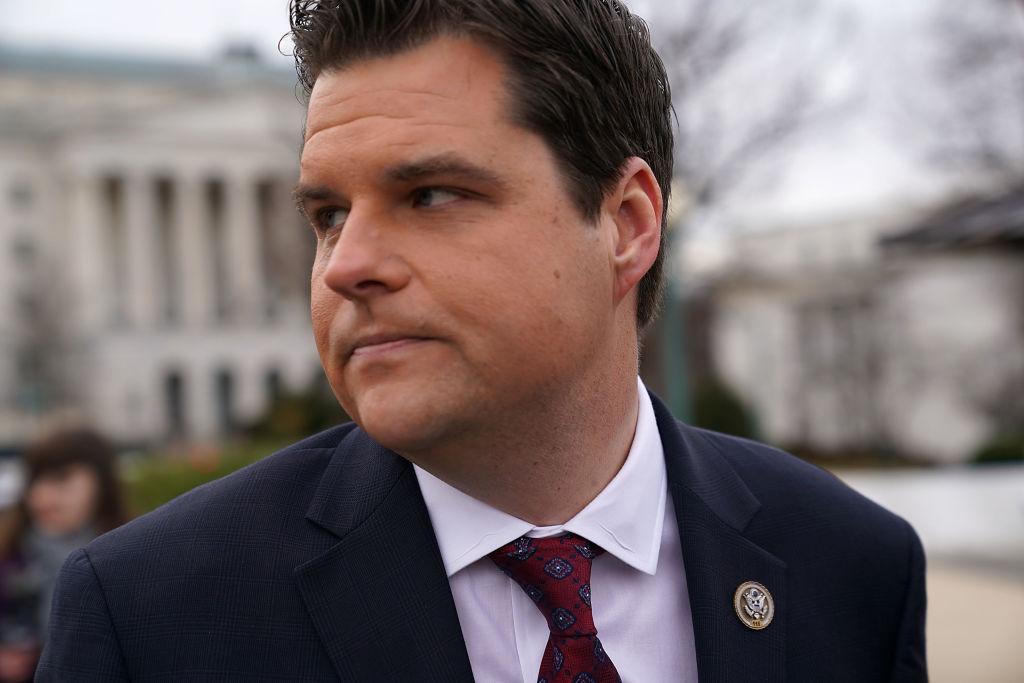 "It’s certainly good enough for me," Gaetz said of the apology.

At a recent town hall event in Pensacola, a woman reportedly tossed a partly-filled beverage cup at Gaetz.

According to a screenshot from Facebook, Pollara commented about the story by saying of the liquid, “Please, please let it be urine next time.”

“Hey ⁦@PeteButtigieg⁩ — this is a reply from a member of your campaign inciting (rather gross) violence against me after someone previously threw a drink on me,” Gaetz said, while posting a screenshot of Pollara’s remark.

“Is this what your campaign stands for?” Gaetz asked.

So far, Buttigieg’s campaign has not offered a comment on Pollara’s post. But Gaetz took to Twitter late Sunday night to say he and Pollara have mended fences.

“Samantha gave me a very nice call and apology,” Gaetz said. “That is how reasonable people behave and it’s certainly good enough for me.”

Most recently, Pollara worked as the finance director on Jane Castor’s successful bid for Tampa Mayor.

While Gaetz has said he’s ready to move on from Pollara’s comments following her apology, that’s not the case for the woman who allegedly threw the drink at Gaetz in early June.

Gaetz has said he would pursue charges against the woman, Amanda Kondrat’yev.

“If there are no consequences, then maybe it is me getting hit with a drink one time, but what if it’s a member of my staff?” Gaetz asked on an appearance with Sean Hannity of Fox News.

“What if (next time), instead of a drink, it’s acid or urine or something else like that?”

Kondrat’yev is a political activist who filed to run against Gaetz in Florida’s 1st Congressional District, but eventually withdrew.