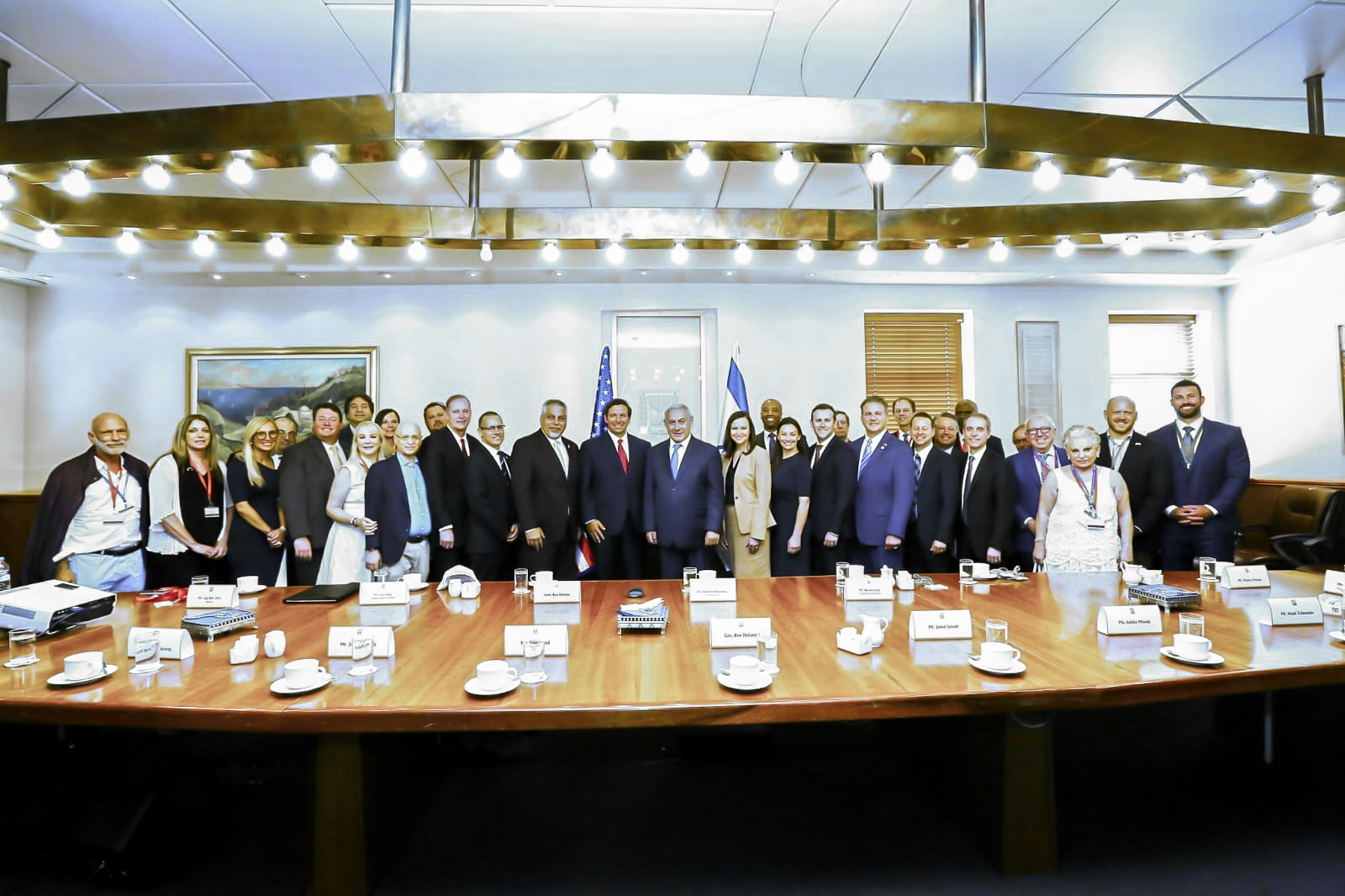 "It starts to sound more like a junket than a real trade mission.”

When Florida Cabinet members jetted off to Israel in late May, some state employees who traveled at taxpayer expense stayed in a more than $400-a-night luxury hotel in Jerusalem, where a Cabinet meeting was held.

More than a month after the trade mission ended, the full cost of the trip, proposed by Gov. Ron DeSantis, is not clear.

The Governor’s Office has not released expense records from the weeklong trip. And Enterprise Florida, an economic-development agency that receives state and private money and helped plan the trip, said on its website that “total mission expenses are compiled approximately 45-60 days” after the trip ends, suggesting it could still be about a month before a total tally will be made public.

Records show Fried and the five staff members spent $15,663 for hotel rooms, which included nights at the David Citadel Hotel, a luxury five-star hotel in Jerusalem that charges $425 a night with the promise of a “majestic Jerusalem experience facing the Old City wall.”

The records show, in part, that two of Fried’s employees each stayed at the David Citadel for two nights, totaling $1,700. Moody’s general counsel also stayed there for two nights for $850. A report for Patronis’ chief of staff, Ryan West, did not provide detailed information about hotel stays, but his lodging expenses for the trip totaled $2,400.

“If Florida taxpayers are on the hook for a $500-a-night hotel for state employees, I would say that is excessive. It starts to sound more like a junket than a real trade mission,” said Ben Wilcox, director of Integrity Florida, a nonprofit group that does research on ethics-related issues.

Kathleen Keenan, a spokeswoman for Enterprise Florida, said the hotel was picked after taking security concerns and room capacity into consideration. She said more than 90 hotel rooms needed to be reserved for the delegation of about 200 people. Along with state leaders, the delegation included top-tier lobbyists, business officials such as the president and CEO of Florida Power & Light, the state’s largest utility company, and 24 people representing Florida universities.

The U.S. Embassy offered suggestions for other hotels, Keenan said, but the David Citadel was the “only hotel with the capacity to reserve a room block large enough for the delegation.” She also said the DeSantis-led mission occurred during Israel’s peak tourism season, suggesting the trip’s timeline made it harder to find secure hotels that could have been cheaper.

It remains unclear exactly how many people had their travel expenses covered by Enterprise Florida, whose board is chaired by DeSantis and includes the Cabinet members, numerous business leaders and state officials.

What is known, however, is that Fried was the lone Cabinet officer who did not have all her travel expenses covered by the public-private agency. Patronis and Moody traveled on the dime of Enterprise Florida. The agency did not answer why that was the case.

“Enterprise Florida did cover several expenses for Commissioner Fried’s participation, including her in-country transportation, security and meals,” Franco Ripple, a spokesman for Fried, said. “We have no way of knowing what expenses Enterprise Florida chose to cover for other Cabinet officials.”

In total, Fried’s office billed taxpayers for $20,714 in travel costs. That included $4,246 in hotel rooms and airfare for Fried, whose stay at the David Citadel was covered by Enterprise Florida, and $16,167 for the combined expenses of three of her staffers. The costs, which also included some additional, relatively minor expenses, were approved by agency supervisors with the understanding that the contingent would be “carrying out their core critical mission on behalf of the (Florida Department of Agriculture and Consumer Services).”

While in Israel, Fried’s office at times parted ways from the Governor’s delegation to learn about the country’s agriculture industry, including a meeting with Agriculture Minister Uri Uriel.

The travel expenses for West, who serves as Patronis’ chief of staff, and Richard Martin, Moody’s general counsel, also had to be approved by supervisors.

West spent a total of $6,196 on the trip. That included $2,400 for hotel rooms, $2,500 in airfare and a $1,000 “registration fee” Enterprise Florida required all members of the official delegation to pay, which covered in-country travel expenses. His expenses were approved with the understanding that it was his responsibility to “remain abreast of economic and educational issues as they relate to the Department of Financial Services and the State of Florida.”

Moody’s office did not provide a detailed explanation about why Martin went to Israel. His travel authorization form only said the expenses had to be “incurred in connection with official business of the state.” Her office, however, pointed to only sending one staffer and that he flew economy. Martin’s expenses for such things as hotel rooms totaled $2,259, though that does not include airfare.

The decision to hold a state Cabinet meeting during the trip stirred controversy among open-government advocates even before the governor and state officials stepped foot in Israel. A day before the meeting was held inside the U.S. Embassy in Jerusalem, media organizations unsuccessfully sued, arguing the plan violated Florida’s open meeting laws.

DeSantis called the lawsuit “frivolous” and said the Cabinet meeting was being livestreamed to the state Capitol, where the Cabinet usually meets, “so it’s not being done in secret.”

A month after the end-of-May trip, however, the governor’s office has not released expense records, including information about whether Enterprise Florida or taxpayers paid for the travel expenses of four of the governor’s staffers: Robert Mons, DeSantis’ special assistant; Helen Ferre, his communications director; Justin Caporale, his former director of external affairs; and Shane Strum, his chief of staff.

Courts have ruled that requested public records need to be located, reviewed and produced within a “reasonable” time. Barbara Petersen, president of the First Amendment Foundation, said it’s “clearly unreasonable” to have a policy in place that “requires you to wait to receive a few records because you had the misfortune to make your request after I requested boxes and boxes of documents.”