No. 20 on the list of Central Florida’s Most Powerful Politicians: Amy Mercado 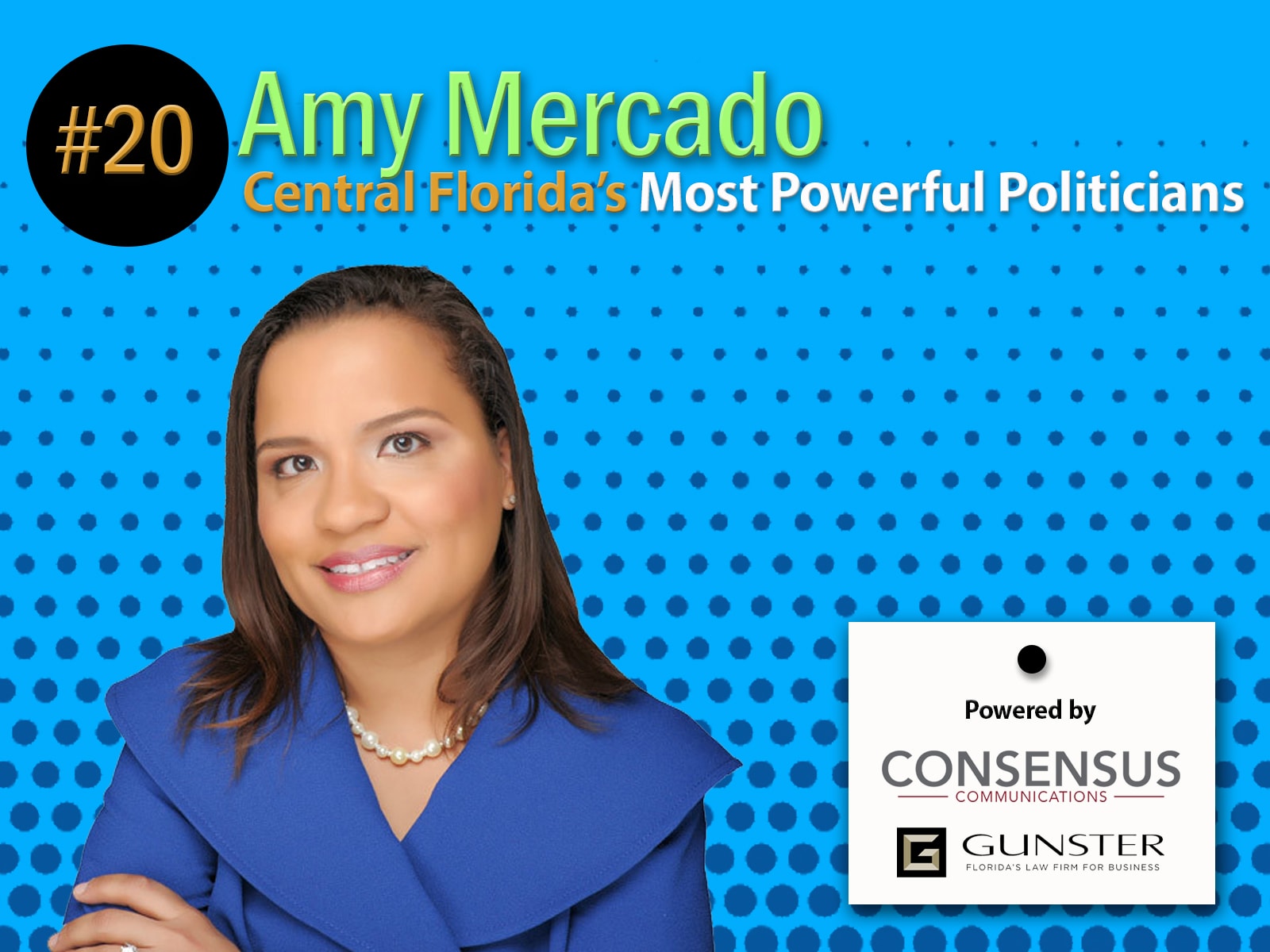 The second-term Representative of House District 48 in parts of southern and eastern Orange County has firmly established herself as a progressive voice for women, Hispanics and particularly the Puerto Rico diaspora, health care, local government, and labor.

As a former chair of the Orange County Democratic Party, she’s got the connections, and as a co-founder of the Progressive Legislative Caucus, Mercado has the progressive creds. She’s also the daughter of Democratic state Sen. Victor Torres of Orlando, one of the party’s real lions on Civil Rights, labor, and progressive economics.

But it’s Mercado’s practical nature, her willingness to appeal to a broader base of Orlandoans and her cross-aisle efforts in the Florida House of Representatives that have her appearing as the 20th most powerful elected official in the first-ever list of 25 Most Powerful Politicians in Central Florida.

These are not abilities that come naturally to many. Mercado spent her first term in office largely watching, learning, trying hard to not overstep her position as a freshman Democrat in a Republican-controlled Florida Legislature, but still staying firm to her progressive beliefs. It was important for her to learn the ropes and develop the long-term relationships with her own party’s leadership and those in the Republican Party she knew she would have to work with.

That didn’t mean Mercado would back off. She was a strong, consistent voice and vote to oppose attempts to limit abortion choice in Florida, to push for more gun control, and for women’s rights, civil rights, and equal rights. But, as Mercado said, that never meant wanting to offend the opposition.

“I try to not make enemies; that’s part of the deal. Because those bridges you burn are probably the bridges you’ll need to cross the next day,” she said. “I try to keep a hard ‘no’ and say, ‘I’m not with you,’ but there’s no need for disrespect.”

Mercado, 45, is the ranking member on the powerful House Ways and Means Committee, and also serves on the Judiciary Committee, Public Integrity and Ethics Committee, and the Civil Justice Subcommittee.

This spring, she sponsored and helped push through HB 49 offering basic dignity, in the form of basic hygiene products, for women in prison. She sponsored and helped push through what became SB 116, providing police with more authority to stop street racing. She also pushed through a House bill to reform regulation of marriage and family counseling, though that bill stumbled procedurally in the Senate. And she arranged for an appropriation of $100,000 for the Orlando Police Department’s rapid-DNA results lab, though that fell to a Gov. Ron DeSantis‘ line-item veto.