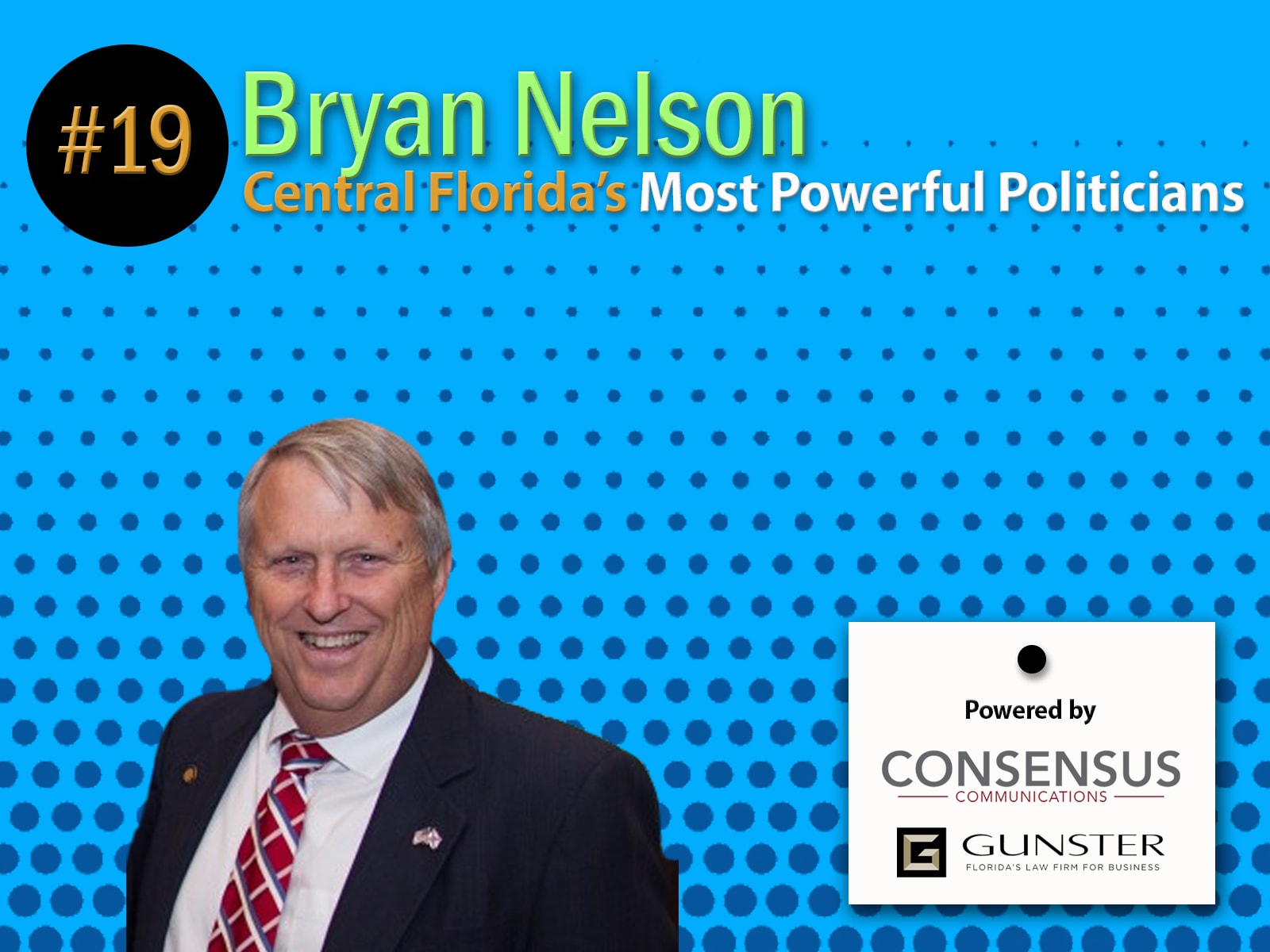 With transition from a transition, Nelson's experience, base, and humor may be more needed than ever

Apopka Mayor Bryan Nelson carries with him the rare trifecta of Central Florida politics of having served in state, county and city leadership positions, which gives him a broad base of support and experience in government, which he needs along with his famous sense of humor.

As the population has grown and diversified, those qualities may be more important than ever in what has become rough-and-tumble politics in recent years. It’s a situation that was accentuated in 2014 when legendary Mayor John Land was defeated and replaced by Joe Kilsheimer, who proceeded to revise, update or overhaul many of the directions, policies and political machinery.

Nelson, 60, a former Orange County Commissioner and a former Florida House of Representatives member with family ties to Land and multigenerational ties to Apopka, toppled Kilsheimer in 2018, finding the need to reverse many of his policies and rebuild what had become a deeply troubled fiscal situation.

Nelson is ranked as the 19th most powerful elected official in the first-ever Florida Politics Central Florida 25 most Powerful Politicians survey, the highest-ranked municipal official so far.

Just being Apopka’s Mayor would merit. It’s Central Florida’s second-biggest city, with a long and rich history as its own town, and ensuing challenges. But as Apopka rapidly changes, and with a transition from the transition, Nelson, his experience, base, and humor may be more needed than ever.

Nelson, who’s aunt Kit Land Nelson was John Land’s sister, as well as being a political tie to Land’s administration, ousted Kilsheimer in a landslide in 2018.

“State legislator turned County Commissioner and now Apopka Mayor, Bryan Nelson carries on the tradition of public service his uncle, the legendary Apopka Mayor John Land began. But don’t underestimate his gregarious nature and southern charm,” said political consultant Tre’ Evers of Consensus Communications. “He wins elections and runs Apopka with unparalleled efficiency. Nelson anchors one of the last areas of Republican control in Orange County and looks to have many more successful years to come.”