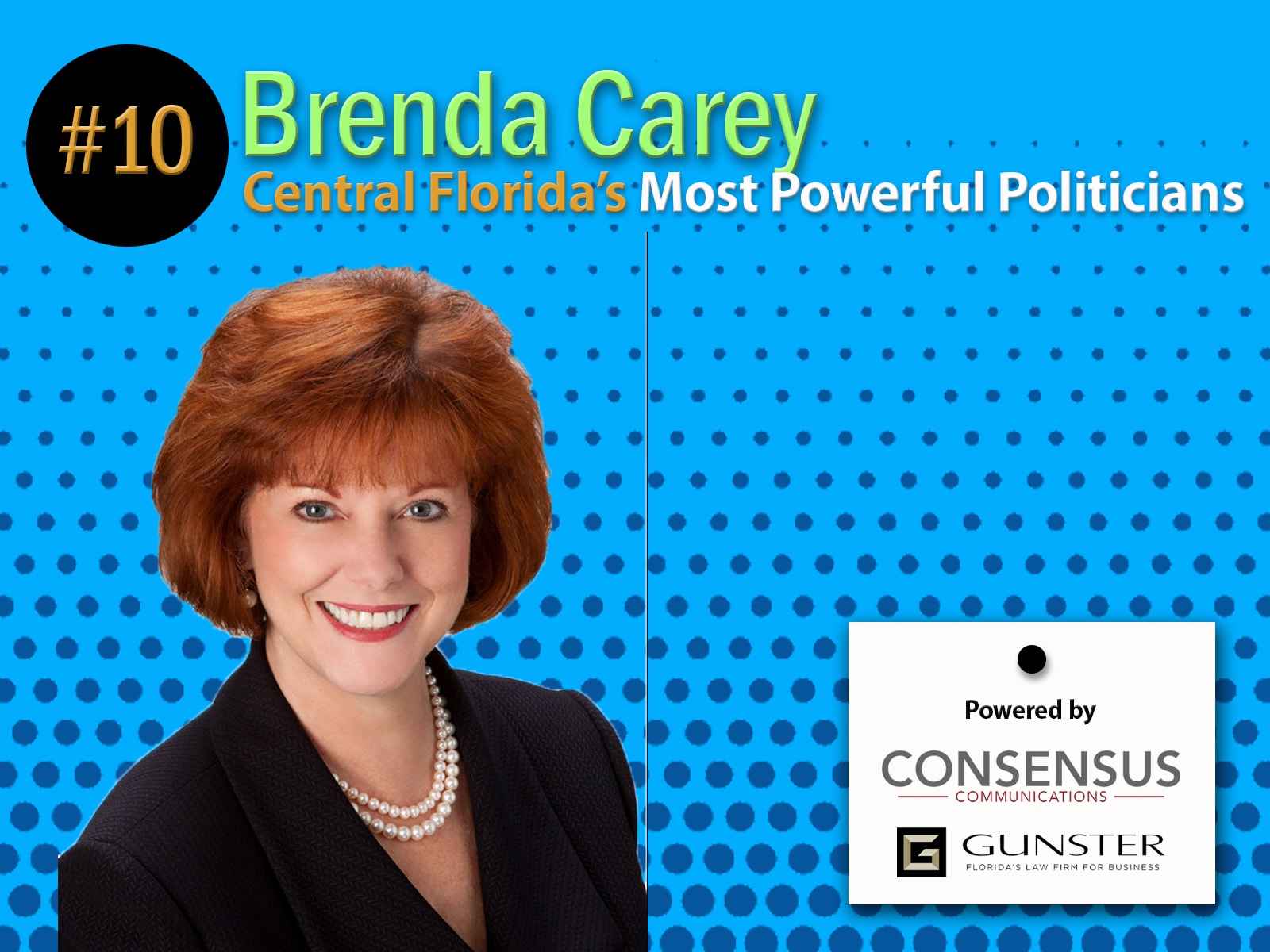 She's influential in regional issues from water management to homelessness, transportation to the arts.

For 15 years, Seminole County Commissioner Brenda Carey has been a consistent, and reliable presence that holds the county on its steady path toward sensible growth and standing firm against tax increases, yet her involvement goes far beyond county politics and her influence far beyond Seminole County.

On issues ranging from water management to homelessness, transportation to the arts, Carey has created not just her mark but a legacy for Central Florida.

Now Carey is chair again of the Seminole County Commission, giving her critical sway not just over Central Florida’s second-most populous and most developed county, as well as key roles with the Central Florida Expressway Authority, the Orlando Sanford International Airport, and the Wekiva River Basin Commission.

Carey, 63, a Republican, is ranked as the 10th most powerful elected official in the first-ever Florida Politics Central Florida 25 most Powerful Politicians survey.

It’s a position she’s secured through a long commitment to the region and development of coalitions. It’s seen Carey re-elected three times, most recently in 2016, to District 5, including much of Sanford, Lake Mary, Heathrow, and the Wekiva region of far northwest Seminole County.

“Seminole County voters have been smart to keep reelecting County Commissioner Brenda Carey. She’s been chairman a number of times and will retire at the end 2020 while Chairman once again,” said political consultant Tre’ Evers of Consensus Communications. “An advocate for economic development and managed growth, Carey is a formidable power in local and regional circles and is cementing her legacy as one of Seminole County’s great leaders.”

Carey was a pioneer for women in the construction industry and real estate industry and has dedicated herself helping other women follow her path. The result has been a long legacy of other women who’ve entered both the industry and politics in Seminole County, who look to her as a mentor and inspiration.

From that vantage point, Carey also is a reliable property rights advocate, who has brought that view to everything from planned development to debates about Airbnb and vacation rentals.

At the same time, Carey also has been an advocate for Seminole County’s environmental issues, especially water. That has led her to key positions with the Wekiva River Basin Commission and St. Johns River Alliance. She also has fought against development that goes against planning, particularly opposing higher density projects pitched for Seminole’s eastern region, which is particularly environmentally sensitive.