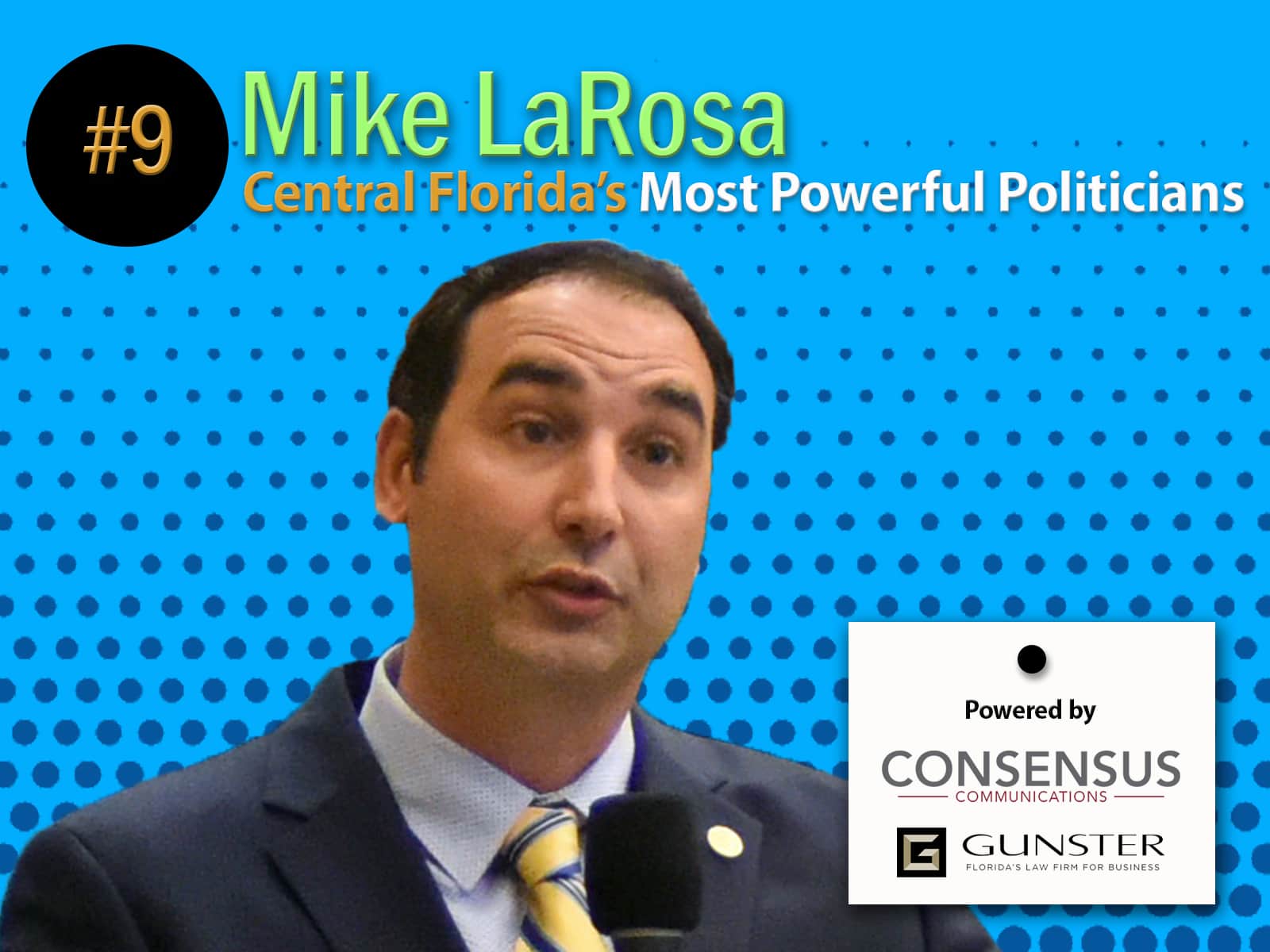 There are few enough Republicans left in Osceola County elected office that those who survive have had to be both politically savvy and effective in basic government service on both local and state levels.

That’s state Rep. Mike La Rosa, who’s finishing up his fourth term of a distinguished tenure representing Florida House District 42 in a region that has a growing Democratic majority of voters who keep sending him back to Tallahassee because they appreciate what he has been doing.

It is the highest-ranking of any Central Florida member of the House of Representatives.

La Rosa, chair of the House Commerce Committee, is the kind of lawmaker who can feel at home sitting with some of the state’s most powerful business leaders in the lobbies of Tallahassee or discussing regulation with struggling small business owners in Frostproof.

“If there’s one thing I narrow down that people recognize, it’s listening. Most people don’t spend enough time listening,” La Rosa said. “I think sitting back and listening, especially in this job as a representative of the people, it’s impossible to represent them without listening to their wants and needs.”

La Rosa, 37, a Republican, is ranked as the ninth most powerful elected official in the first-ever Central Florida 25 most Powerful Politicians survey.

“Mike La Rosa has been a steady and vocal advocate for tourism and economic development for all of Central Florida. One of the senior members of the House that is a UCF alumni, La Rosa has been a champion for his alma mater,” said political consultant Tre’ Evers of Consensus Communications. As Republican legislators have dwindled in Central Florida this past decade, Mike has remained a force to be reckoned with and is a powerful voice for us in Tallahassee.

For the previous four years, La Rosa was a clear voice for tourism, as chair of the House’s Gaming Control and Tourism Subcommittee. Last year he moved up to chair the full Commerce Committee.

A tremendous amount of legislation flows through the Commerce Committee, and La Rosa is always calling attention to his points within bills that could address his goals of reducing regulation of small businesses and entrepreneurs. He’s also a big advocate of emerging technology-based business sectors, and of making Florida more of a home for intellectual properties.

Some of those goals fell short in 2019. In particular, the omnibus professional deregulation bill (HB 27) died, and continuing Florida Legislature efforts to preempt local regulations regarding vacation rental homes and similar technology-based sectors were derailed.

La Rosa, however, sees lessons being learned on how to do the regulation reform better.

“It’s my last session, at least in the House. So I want to make sure I make a big impact in all Commerce related issues. If there is a deregulation attempt that we have not been very successful with over the last few years, I want to make sure that comes across the finish line,” he said. “I think it can be done more in a more impactful way, to more industry, not being specific industry-focused as we’ve been in the last few years.”

nextNo. 8 on the list of Central Florida’s Most Powerful Politicians: Teresa Jacobs