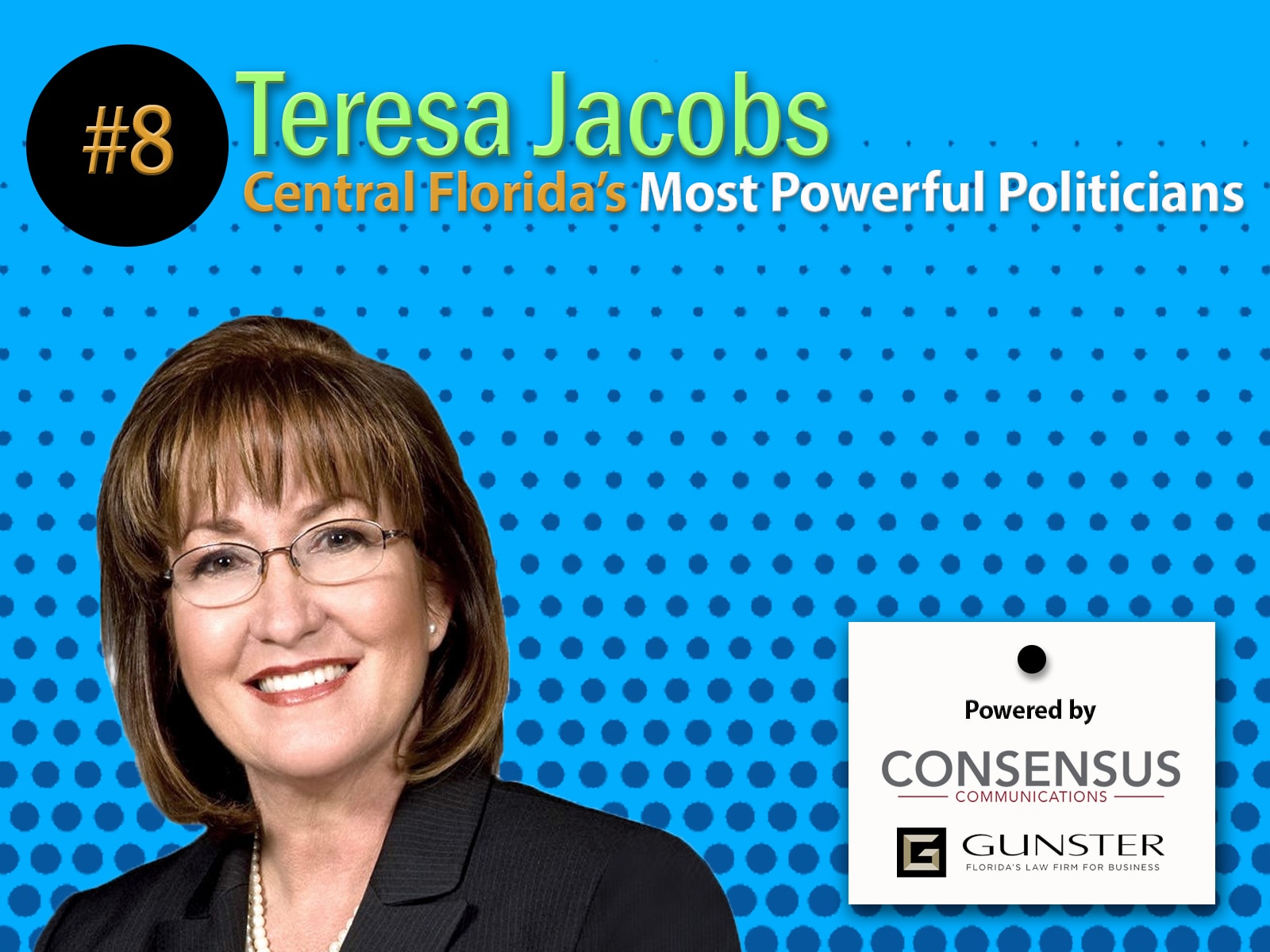 When then-Orange County Mayor Teresa Jacobs decided to move from leading Orange County government to lead Orange County Public Schools 16 months ago, some wondered how much influence and authority she would lose by stepping away from a power base she had led for eight years.

But Jacobs has never been about power bases, not counting her enormous popularity with voters. She’s more about bringing a careful [some would say infuriatingly so] approach to governing, budgeting, and developing reform policies to enhance transparency and credibility.

Jacobs took office last November as the newly elected countywide chair of the Orange County School Board, succeeding the only other person who has ever held the post, Bill Sublette. She arrived with four other new board members, leading in a new majority.

Jacobs came with an agenda of enhancing safety, which started to come together quickly through plans that she and newly elected Orange County Sheriff John Mina had discussed on the campaign trail, completing efforts to get full-time deputies into every school by February; developing broader and more focused student mental health services, drawing on programs she had launched at the county; enhancing financial accountability, something she concedes will take time as she seeks an outside assessment of the district’s budgeting and fiscal policies; and changing the culture, focusing on enhanced communication, clearer adherence to public government transparency rules, and, ultimately, credibility.

And with five new board members, out of eight seats, she also said she sees it as a time to “recalibrate the thinking of what is the role of the governing board that reports directly to the public.”

Jacobs, 61, a Republican, comes in as the eighth most powerful elected official in Central Florida’s 25 most Powerful Politicians survey.

“Orange County’s Teresa Jacobs has done it all. From Commissioner to Mayor and now as School Board Chairman she is smart, tough and fair-minded,” said political consultant Tre’ Evers of Consensus Communications. “For years she stood her ground protecting ordinary citizens and neighborhoods from the excesses of growth and now she brings her resolve to Orange County’s public school system where I expect to see great things from her.”

Trust has never come easily to Jacobs, whether of other influential people’s intentions, or something simple, like numbers being presented to the board by the staff. She tends to dive deep on her own, trusting her own conclusions. Ultimately, she suggests, that’s the only way she can convince the public to trust.

It’s worked for her. While never a favorite of the downtown political establishment, which she has often dismissed and annoyed, she has been hugely popular in polls.

Last August Jacobs easily got elected, taking 52 percent of the vote in a four-way contest that included incumbent Orange County School Board Member Nancy Robbinson, who had drawn almost all the major endorsements in town. Jacobs did it as in her previous political battles, largely on a populist campaign.

“I think the jury is out on whether or not I accomplish my goals,” Jacobs said. “My biggest goals are going to be a way to build trust in the community around our school district.

“But I really think we need to galvanize people around supporting public education and making sure we have the funding we need to pay our teachers a livable salary, and frankly more than a livable salary,” Jacobs continued. “What I would love to see is a salary where people are competing for jobs, and where we’re having to turn people away. And we’re a long ways from there.

“But I think it has to start somewhere, and I think we have the ability to lead that charge if we can get enough people engaged in that.”

previousNo. 9 on the list of Central Florida’s Most Powerful Politicians: Mike La Rosa