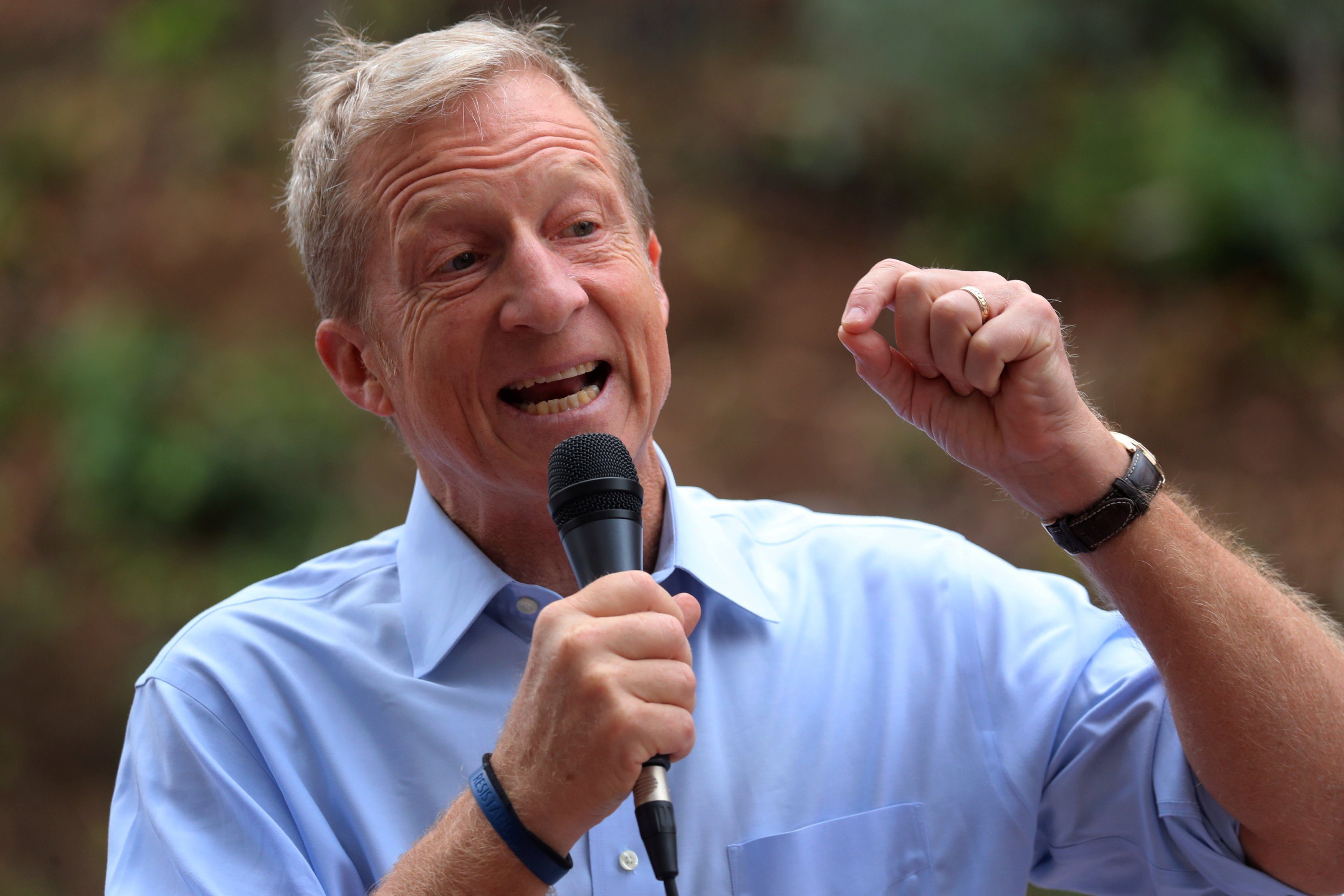 Tom Steyer, billionaire and activist, is the latest Democrat to join dozens who want to become president in 2020.

A progressive billionaire from California, Steyer is no stranger to politics in Florida.

He invested millions into Andrew Gillum’s gubernatorial bid. Despite a narrow and disappointing loss, he believes Florida is critical to the presidential outcome in 2020.

Last week, he announced his intention to join dozens of Democratic candidates already in the running for the 2020 presidential nomination. He also partnered with Kevin Cate, a prominent Florida media producer who has worked on several campaigns, to assist with his campaign’s messaging.

So who is Tom Steyer, the California Democrat with a penchant for Florida and his eye on the 2020 presidential election?

The New Yorker calls him, “the Democrats billionaire for the people,” and “one of the largest political donors in the country.”

Forbes says his “real-time net worth” is $1.6B as of July 14, and calls him “a passionate advocate of clean energy and founder of the environmental group NextGen Climate.”

His website tells the story of a man who stepped down from a lucrative investment firm position to dedicate time, energy and money to important causes with his wife, Kathryn “Kat” Taylor.

It doesn’t yet provide much insight as to his views on the critical platform issues he will need to address throughout the campaign trail.

That’s what Steyer intended to do in South Carolina as he embarked on a series of meet-and-greets with constituents on July 13. According to a news release:

“Steyer has been listening to South Carolinians and discussing the issues affecting them and opening a dialogue about how his plans will positively affect their communities.”

However, not everyone is thrilled about Steyer’s presidential bid, no matter how many inspiring virtue stories his website offers.

Ben Mathis-Lilly of Slate ponders how much money spent on his campaign would be better spent on continued efforts to register disenfranchised voters, instead of on a presidential bid that’s not likely to be successful.

There are no clear forerunners in the 2020 Democratic primary, but a handful of candidates have been engaging voters at a higher level than others.

In a recent poll, Joe Biden, Kamala Harris and Bernie Sanders were leading the race among registered voters, today.