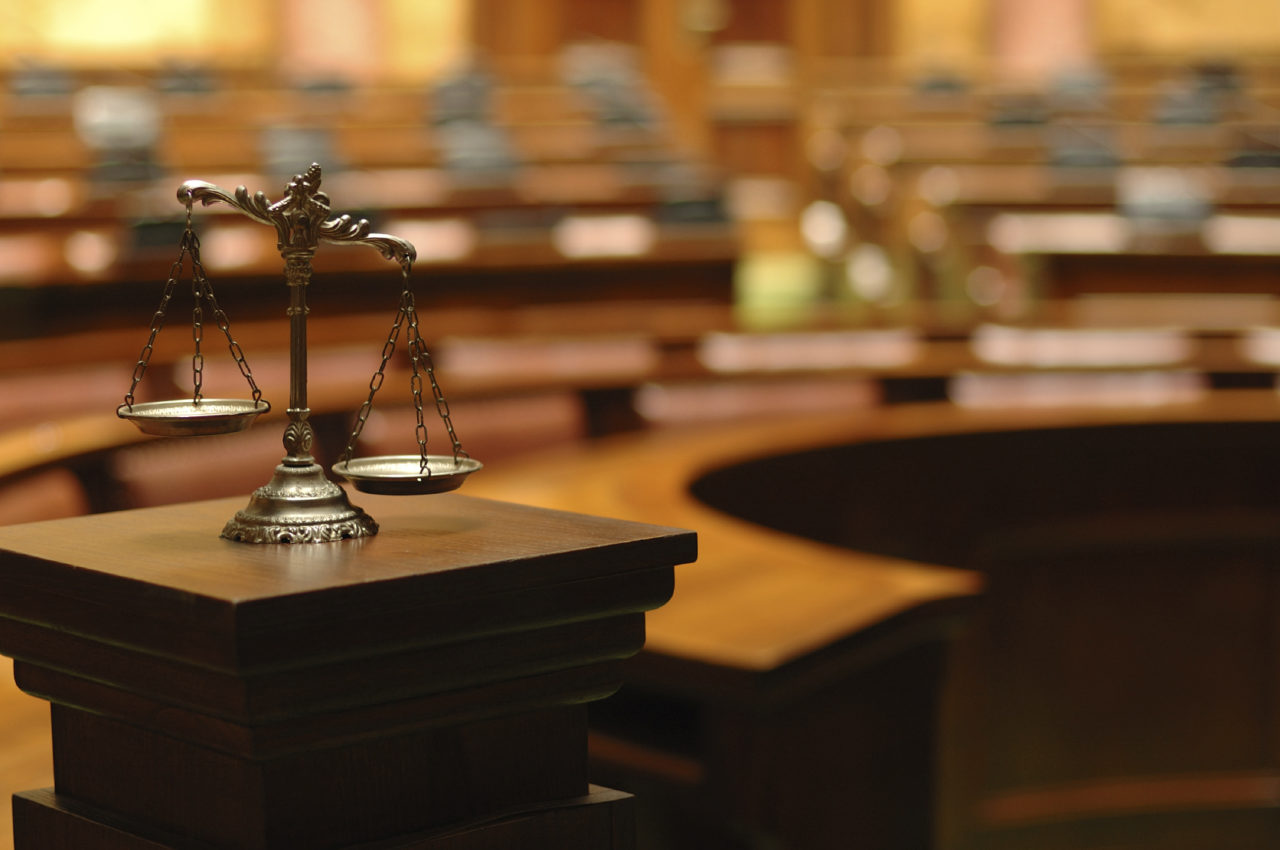 "It is never appropriate ... to put (one's) hands around the neck of an employee."

A judicial discipline board is recommending that the Florida Supreme Court immediately suspend a judge caught on tape last month angrily choking a clerk for not having paperwork ready when she wanted it, court records show.

Circuit Judge Vegina T. “Gina” Hawkins, who sits in Fort Lauderdale, was charged Thursday with “inappropriate conduct” under the Florida Code of Judicial Conduct, showing an “unfitness to serve,” according to an investigative panel of the Judicial Qualifications Commission (JQC).

On June 11, “you instigated a physical confrontation with a court employee,” the JQC’s “notice of formal charges” to Hawkins says. The commission investigates misconduct accusations against judges.

“You sought out the confrontation by interrupting the employee’s work in another courtroom, and summoning him into a secure hallway, ” the charging document says. “As he walked through the door, you placed your hands around the neck of the employee and shook him. Your actions were captured on a courthouse security camera.

“The genesis of the conflict with the employee appears to have been your displeasure with the fact that he did not have your 2 p.m. docket available for you that morning.” Afterward, the two had “what appears to be a brief, but intense, discussion.”

Court filings show Hawkins is represented by Fort Lauderdale attorney J. David Bogenschutz, once described by the Sun-Sentinel as “the laywer judges, politicians, the wealthy and well-connected in Broward County often call upon in times of legal trouble.”

A message seeking comment was left with an assistant Thursday afternoon.

In another filing, Hawkins apologized but explained she “merely invaded his personal space.” She also said she and the employee “were ‘fairly friendly,’ and described her actions as engaging in ‘jest,’ ” the filing said.

The JQC panel didn’t buy it, saying her explanation was “clearly refuted by the security video (and) by statements from the employee involved and others.”

In fact, the “employee involved did not describe the judge’s demeanor that morning as friendly or joking, but described her as ‘extremely upset.’ “

In fact, Hawkins later acknowledged that “every move I made was wrong. It was improper … I take full responsibility for it.”

A suspension without pay would be a “draconian response to this several seconds-long incident,” Bogenschutz said in written objections filed later Thursday.

“She has an unblemished career as a prosecutor and private practitioner, as well as a police officer,” he said. “She has been a circuit judge, at the time of this incident, for approximately six months, beginning what – for all intents and purposes – appears to be an outstanding career on the Circuit Court of the 17th Judicial Circuit.”

Still, the JQC panel said it was “concerned by Judge Hawkins’ inability to understand that even in jest, her conduct was wholly inappropriate,” its suspension recommendation says.

“Within the judicial branch, as in civilian life, it is never appropriate for a person in a supervisory position to put their hands around the neck of an employee or subordinate and shake them.”