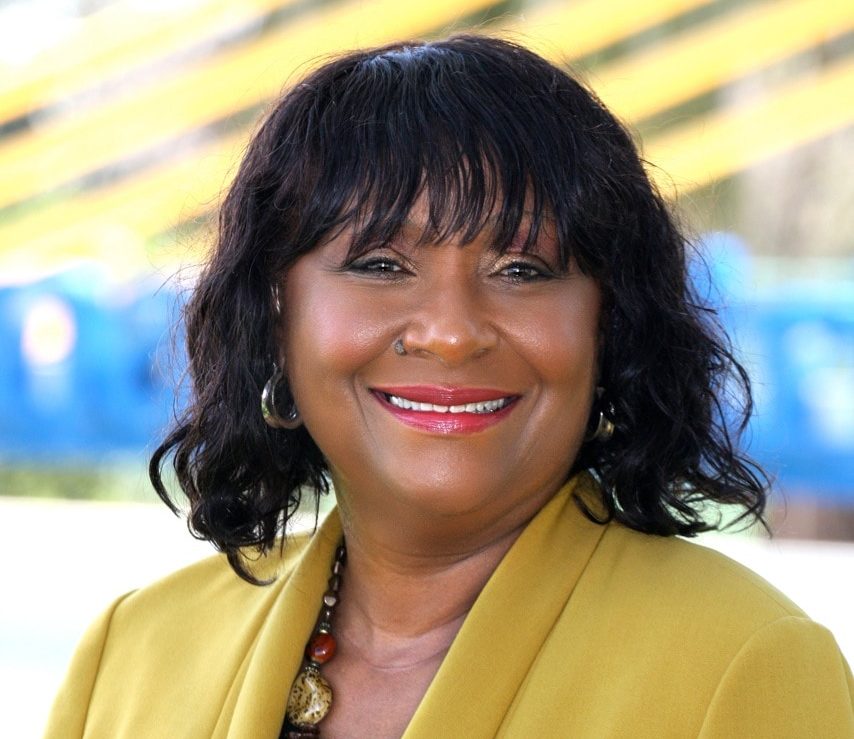 To wit: The flyers don’t include a disclaimer showing who paid for them, and they include several photographs of Cox with other current and former elected officials who did not authorize the use of their likenesses.

At least three elected officials — Pinellas County Commissioner Ken Welch, Congressman Charlie Crist and St. Petersburg City Council member Steve Kornell — said they did not give Cox or her campaign permission to use the photographs.

“It is a bit concerning,” Welch said. “I have not endorsed anyone in that race. If someone just glances at that, it does imply support.”

Moreover, Kornell said he spoke with Cox about the flyers and she told him she understood the concern and promised to not make the same mistake again.

“It’s not that I don’t support her — I just haven’t endorsed anyone yet,” Kornell said.

Welch had encouraged both Cox and one of her opponents, Deborah Figgs-Sanders, to get more involved in their community, including by running for office, but the two lived in different districts at the time. To avoid any conflict, he chose not to endorse anyone in the race.

State law requires campaign flyers to include disclaimers clearly showing they are paid political advertisements “paid for and approved” by the candidate.

It also prohibits candidates or people or organizations supporting candidates from using images of other individuals without specific authorization to do so.

Cox said she’s stopped distributing the flyers and is pausing any other political communication until she and her campaign team are able to ensure the same errors don’t occur again.

It was “human error,” Cox said. “I can’t believe it passed through five hands and we just didn’t see it.”

Cox is publicly posting an apology on her campaign Facebook page and said the mistake, while embarrassing, will cause her to be “super, super vigilant” in all of her future campaign communication.

The flyer in question included a headline reading, “Bring a little TLC to our City Council.”

It lists three priorities including strong and safe neighborhoods, an economy where all can prosper, and environmental protection.

The other side includes the headline “Trenia has a long record of working with other leaders to bring needed changes to our community” as well as a short biography of her community and professional service in the community.

Cox is running in a five-way race for the District 5 seat Kornell currently represents. He’s leaving office due to term limits.

The other candidates include Beth Connor, Anne Hirsch and Philip Garrett.

The primary election in their race is Aug. 27 with a general election between the top two vote-getters on Nov. 5. 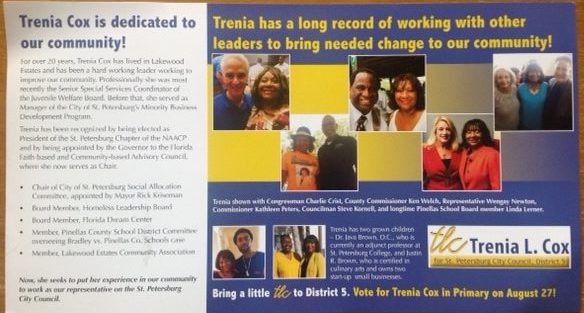