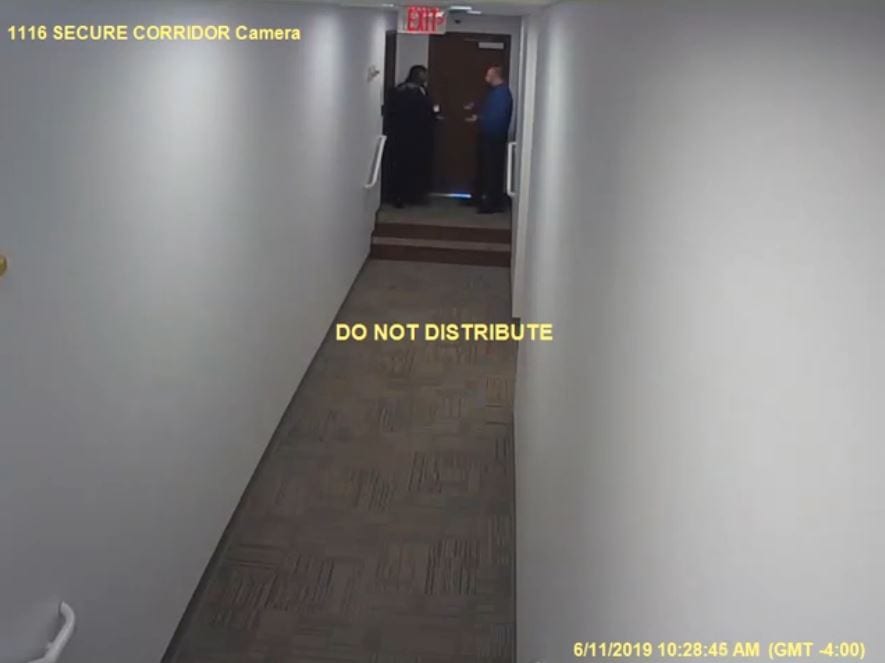 Her attorney wants the case to be heard in Broward County.

A now-suspended Broward judge on Friday “denied” that she violated judicial conduct rules stemming from a caught-on-camera incident in which she shook a court employee by the neck.

Circuit Judge Vegina T. “Gina” Hawkins, who sits on the civil bench in Fort Lauderdale, had been charged with “inappropriate conduct” under the Florida Code of Judicial Conduct for the June altercation.

Also, in an answer to the formal charges lodged by the Judicial Qualifications Commission (JQC), Hawkins’ attorney David Bogenschutz asked for “any hearing (in the case to) be conducted in Broward County.”

The “overwhelming majority of witnesses who will be called to testify on her behalf, including multiple subpoenaed Judges at the County and Circuit Court levels, are resident in Broward County, and the costs and inconvenience to both the witnesses, and the Court system as a whole, in absenting them from this jurisdiction for any period of time, would be substantial,” he wrote.

A JQC filing addressed to Hawkins – who’s been a judge for only eight months – explained that the “genesis of the (June 11) conflict with the employee appears to have been your displeasure with the fact that he did not have your 2 p.m. docket available for you that morning.”

A video, recorded by a courthouse surveillance camera, shows Hawkins at the far end of what appears to be a private hallway. (The video has no sound.) She lets the worker in through a locked door.

“I hope this will never happen again to myself or anyone else for that matter.”

Hawkins immediately places both hands on either side of the employee’s neck, gives a quick shake, then lets him go. The remainder of the interaction shows what the JQC described as “a brief, but intense, discussion,” with Hawkins gesturing vigorously at the worker.

That man, in his own statement, called Hawkins “wide-eyed and extremely upset” during the brief encounter, saying she “put both hands around my neck and shook me,” though she did not “squeeze on my neck with any pressure.”

“I am still in shock,” he said, “and never expected any of this to happen … I hope this will never happen again to myself or anyone else for that matter.”

The next hearing in the case had not been set as of Friday afternoon. Hawkins now is suspended without pay.

The JQC investigates misconduct accusations against judges. It will file its final findings and recommendation for discipline with the Supreme Court, according to its website. The court itself decides whether to schedule oral argument and accept briefs in the case.

Possible forms of punishment can be no discipline, a public reprimand, a fine, suspension from office, or removal from office.

previousGina Driscoll is fed up with state preemption laws