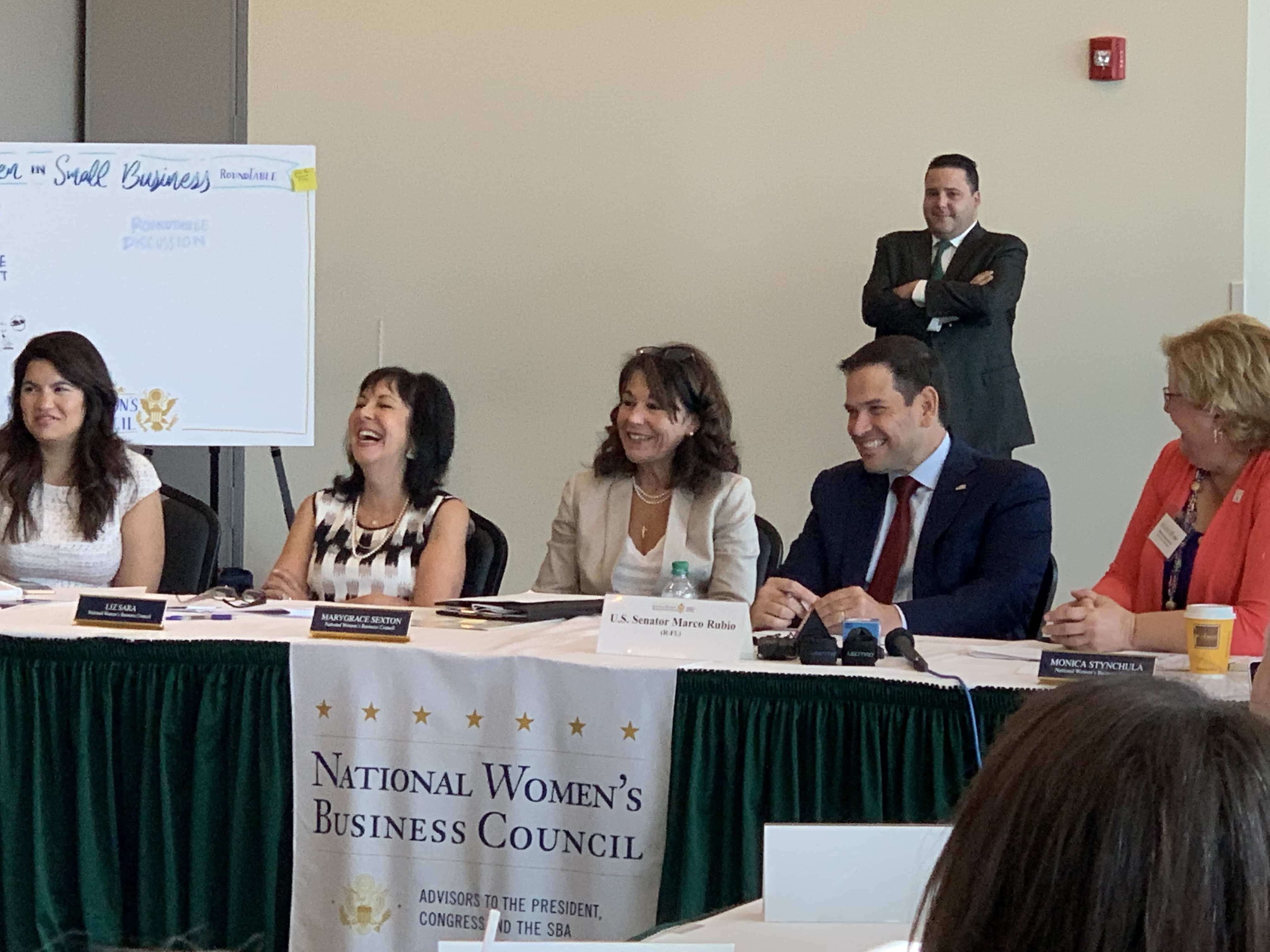 U.S. Sen. Marco Rubio was on hand Tuesday for a discussion on boosting women’s participation in entrepreneurship and science, technology, engineering and mathematics businesses.

The National Women’s Business Council’s Women in Small Business Roundtable Series came to the University of South Florida St. Petersburg as part of an ongoing effort to provide industry-level policy recommendations to Congress, the President and the Small Business Administration.

Rubio, who only stayed at the roundtable long enough to answer a few questions, said the roundtable and other events like it were key tools for policymakers.

“For us, the product that comes from this,” Rubio trailed off, thinking. “You’re doing work that we could never, we’d have to have thousands of meetings.”

Asked how to better represent women in these fields, Rubio offered several suggestions including increasing access to capital to start and grow businesses and tapping talent from women leaving the military.

“Some of the women in our armed forces are operating incredibly complicated, highly technologically driven equipment and processes and yet when they get into civilian life, they really struggle,” Rubio said.

He suggested policies that offer not only training after a person leaves the military, but also outreach efforts to inform them about resources available to help them get into civilian jobs.

Rubio also touted a federal program that allows women-owned businesses to continue receiving support from the Small Business Administration even if they’ve raised significant capital by not using venture capital funding in calculations for services.

“[There are situations where] growth made businesses ineligible for continued support, but they weren’t big enough to survive,” Rubio said.

Rubio also talked about his New Parents Act. The legislation would provide a voluntary option for paid maternal or paternal leave by allowing parents to prematurely use social security benefits to take time off work. The funds would be paid back into the system by tacking that time to the end of the parents’ career. For example, if a dad took four weeks of optional leave, he would add eight weeks to his retirement date to cover that cost.

Rubio said his plan would give parents better options after the birth of a child and avoid scenarios where new mothers are returning to work just a couple of weeks after undergoing a cesarean section.