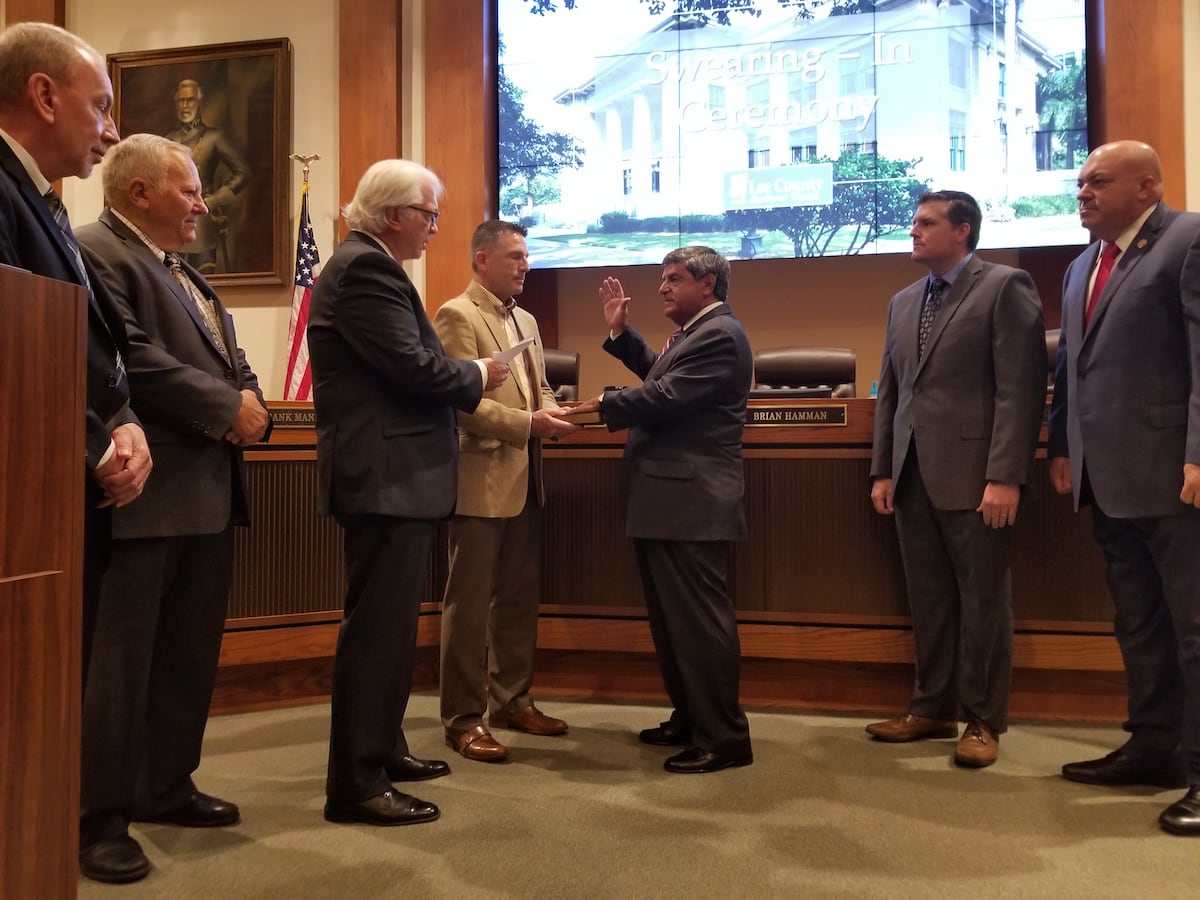 Lee County Commissioner was greeted with a strongly-worded letter on the subject.

Among the well wishes sent to new Lee County Commissioner Raymond Sandelli, a group of environmentalists included a warning.

“As a newly minted county commissioner, Lee County residents, businesses and voters will be looking to you for leadership, for direction, for a sense that you will work for open and responsive government that works for the many rather than the few,” reads the letter.

“We hope you are able to support that, to return the county government to the sustainable and sensible path it was on just a few years ago.”

Sandelli chuckles a little at the tone of the letter. But he also said he welcomes the words wholeheartedly.

“It doesn’t offend me in the slightest. To me, I welcome the input,” Sandelli said. “I praise people who are passionate about their thoughts. It causes all of us to think differently. The key point is, can we be respectful to each other?”

The message reflected some disappointment after a monthslong process of awaiting a commissioner to succeed Larry Kiker, who died in April. Gov. Ron DeSantis considered several applicants, including one with vocal environmental support. Ultimately, Sandelli was asked to apply.

The letter expresses significant skepticism at a choice that came from the real estate world; Sandelli serves as managing partner at CRE Consultants.

“We hope that your background in real estate is built on creating value, not just creating development. We hope you share our view that growth should be smart, not just building as fast and as far as possible,” the letter reads.

“We hope that you realize what makes Lee County and Southwest Florida unique is its natural assets — its beaches and coastlines, its rivers and wetlands, its remaining green spaces and stretches of nature where people can go to get away and recharge.”

Those lines drew some guffaws within the real estate and development communities, who often emphatically note the value in preserving Florida’s natural resources to keeping a healthy market.

As for Sandelli, he first stressed that through his career he worked as a real estate broker.

“I wasn’t developing anything,” he said.

What of environmental preservation? Sandelli said he certainly sees the importance of maintaining an area’s beauty. Issues like wetlands development are largely governed through state law, he notes. It will be an important community conversation on how much growth occurs and where it should take place.

“What everybody defaults back to is smart growth,” Sandelli said. “But what is smart growth? Is it building more roads or public transportation? There is no one answer to that. It’s a matter of various things.”

“We hope you realize that a growing number of people are concerned about the direction Lee County has taken, the move away from sound planning and smart growth and toward unfettered development and sprawl,” the letter reads. “They are concerned that growth is no longer paying for growth, and that today’s taxpayers are being asked to foot the bill for tomorrow’s new arrivals.”

Sandelli said, for the most part, he finds himself in agreement with the principles advanced in the letter, regardless of style or tone.

But the commissioner makes clear he won’t seek a total stop to growth.

“Years ago when we moved to Tampa Palms, I remember when I went out riding bikes with my son and we saw someone clearing land for a subdivision,” Sandelli said. “My son asked, ‘Do you think they could stop building new houses?’ I said, ‘Well, Chris, if they did that we wouldn’t have the home we are living in.’”

Sandelli suspects nobody wants a total stop to growth, nor does it seem demand will drop off soon. But he’s looking forward to a conversation of balancing the area’s desires and needs.