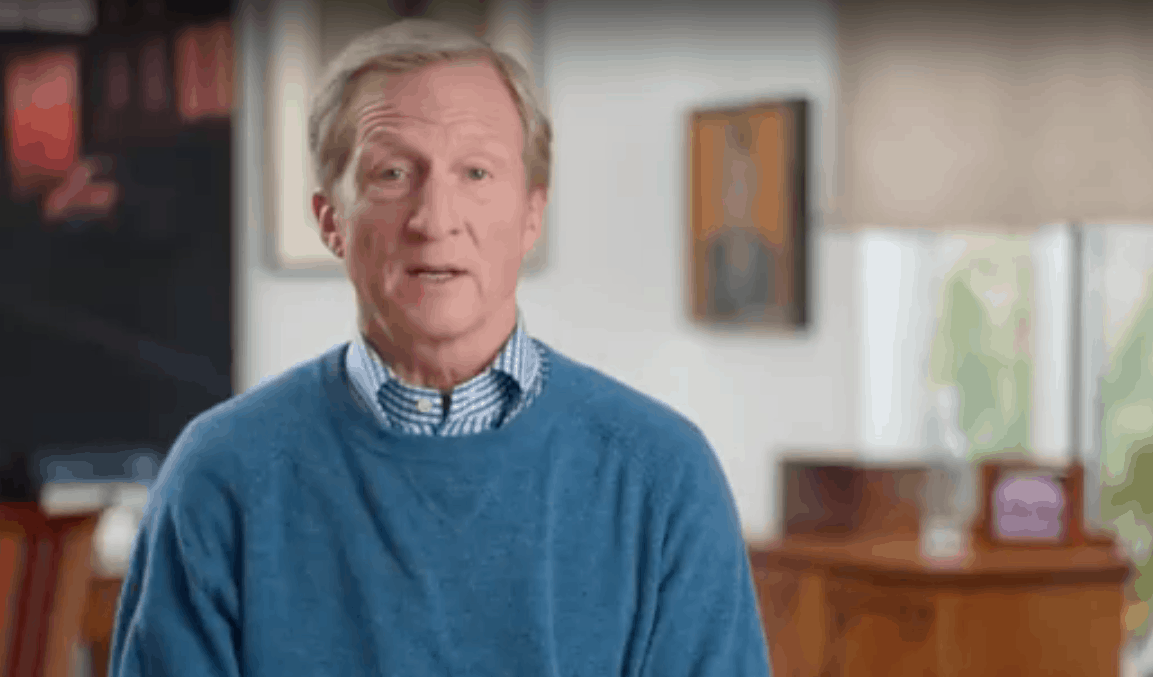 This weekend Steyer is visiting Iowans on the campaign trail for the first time since announcing his candidacy.

Tom Steyer, a Democratic presidential candidate late to the race, will visit Iowa this weekend.

In a previous article, we reported Steyer’s ties to politics in Florida, having invested in the Andrew Gillum campaign of 2018, then hiring a prominent Florida media producer to help with his own 2020 presidential run.

Steyer, an activist on issues like the impeachment of Donald Trump and climate change, has been gaining steam in the race.

His campaign manager, Heather Hargreaves was recently quoted saying, “Voters in the early primary states are clearly responding to Tom’s message. Whether by impeachment or by the ballot box, Tom Steyer will remove Donald Trump from the presidency.”

Last week it was reported that Steyer came in fifth among Democratic candidates in an Iowa poll, beating out Beto O’Rourke and Andrew Yang.

This weekend Steyer is visiting Iowans on the campaign trail for the first time since announcing his candidacy.

According to a news release, Steyer has a number of events lined up in Iowa that started Friday, August 9.

These include a lunch with the Hardin County Democratic Club, attending the famous Wing Ding Dinner in Clear Lake, a meet and greet, and speaking engagement for The Des Moines Register at the Iowa State Fair.

Despite his small victory in recent Iowa polling, Steyer has his work cut out for him if he’s going to make it to the top.

For one, he’s so-far failed to earn a debate spot despite dumping millions into his campaign.

Also, while Steyer touts activism and hedge fund management among his qualifications, the most standout thing about his campaign is the $100 million he plans to invest in it. That’s more than other candidates have been able to raise.

Critics of Steyer think he should maintain the status quo, spending his money in support of his activism and as a large Democratic donor, as he has done in the past.

If you’re looking to catch Steyer in Iowa, you can see him at the State Fair on Sunday.