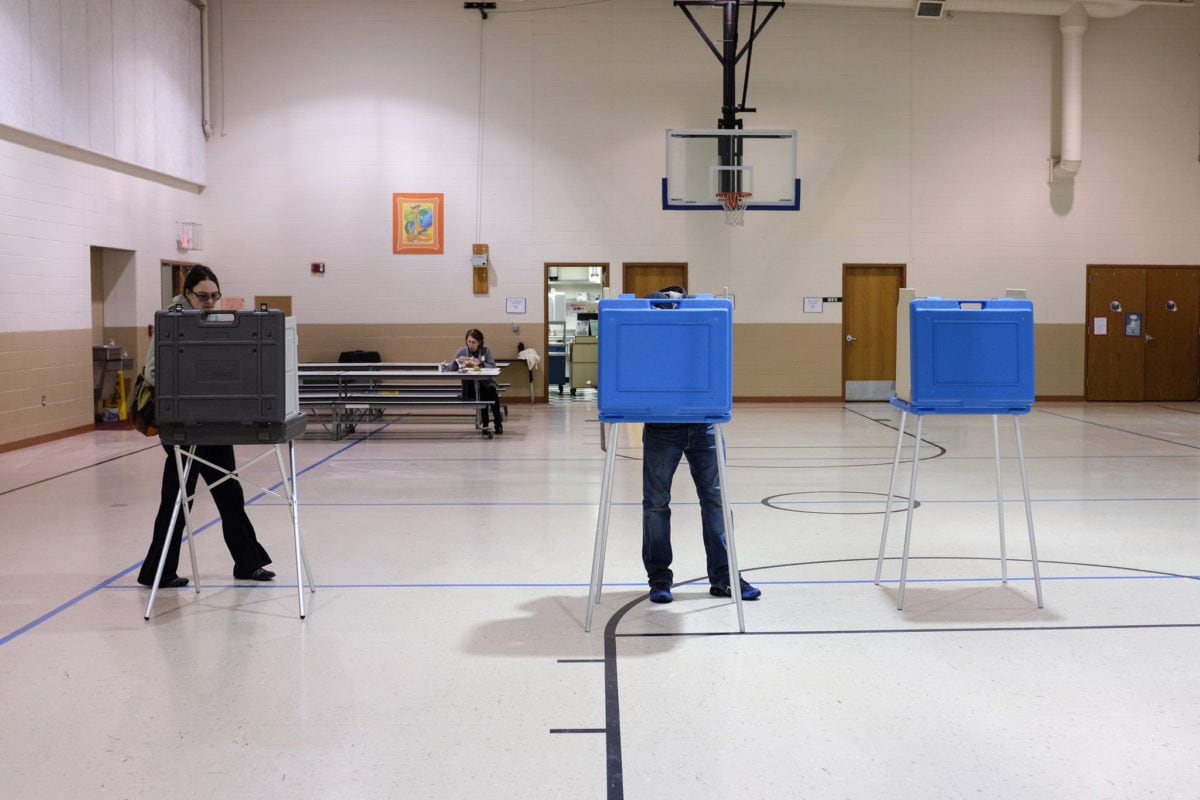 Election security is about more than buying computer equipment.

Major election reform is stalled over Florida. The reform can update voter rolls, fight potential voter fraud and make it more convenient for about 4 million eligible citizens to register to vote here.

The reform goes by the name ERIC, which stands for Electronic Registration Information Center.

Almost 30 states have joined ERIC, but the nonprofit organization zigs and zags across the Sunshine State because our leaders have not reached consensus.

Here is a zig: The Florida Legislature gave the Department of State authority to join ERIC. Here is a zag: The Legislature did not provide funding.

And our Governor, Ron DeSantis, both zigs and zags; he has not told us whether he wants Florida to join ERIC before the 2020 presidential election.

But Wendy Link, a Republican attorney DeSantis appointed in January as election chief for Palm Beach County, emailed me July 15. She wrote it was her understanding that “Gov. DeSantis has not yet ruled it out for this cycle.”

Link, who views her office as a nonpartisan operation, favors joining ERIC.

As do all 67 county election chiefs in Florida. I learned this fact after I recently emailed the county supervisors of elections.

States belonging to ERIC submit voter registration and motor vehicle licensee data. ERIC also obtains death information from the Social Security Administration. ERIC, run by the member states, with an encrypted security system, crunches this data and shares it with its members. This lets them make their voter rolls more accurate.

According to the 2017 ERIC annual report, the organization found about 8.4 million individual voter registrations in member states that were no longer correct. ERIC also locates voters who are registered in more than one county or state.

As hurricane season kicks into high gear in the Sunshine State, one ERIC requirement may explain why our Governor won’t take a stand.

States that join ERIC are required to send a postcard every two years to citizens ERIC identifies as not registered but eligible to register to vote. ERIC pegs that number at about 4.2 million in Florida.

If we join ERIC now, Florida would contact these voters in time for them to participate in the 2020 presidential election.

One Florida election chief, a former Republican member of the state House and Senate, strongly backed ERIC membership in an Aug. 1 email: “I FULLY support our fine state joining ERIC and I’ve been working the phones as diligently as I know how to convince Gov. DeSantis to direct Secretary of State [Laurel] Lee to enroll us.”

So says Alan Hays, a former dentist and election supervisor in Lake County. He currently serves as the legislative chair for the group that represents the 67 county election chiefs in Florida.

When will we hear from our Governor?

I heard from another supervisor of elections in a June 28 email.

Tammy Jones, the president of the Florida State Association of Supervisors of Elections, wrote: “I encourage you and others to continue to contact your state leaders. Time is running out and if this doesn’t happen soon it may not happen until 2021.”

In a May 30 letter, she wrote, “Reaping the advantage of ERIC BEFORE the 2020 election will go a long way toward improving our record of election efficiency and accuracy here in Florida.”

She added that election security is about more than buying computer equipment.

I got a copy of the Jones letter around the time the Governor sent out a fundraising appeal. DeSantis called Florida a “do-or-die state for the President in 2020,” according to a July 20 article in the Palm Beach Post.

We know how the governor feels about President Donald Trump. When will he tell us how he feels about ERIC membership?

Election controversy is a beach party sport in Florida, going back to the infamous “hanging chad” presidential recount in 2000. ERIC was established 12 years later, when Rick Scott, a Republican, was Governor.

The Florida State Association of Supervisors of Elections has supported joining ERIC, almost since its inception, according to some responses I received.

Interestingly, ERIC hovers over Florida as The National Association of Election Officials is meeting in Orlando, Aug. 17 — 21. I hope the group organizes a discussion on the pros and cons of ERIC membership.

It is time for him to tell us where he stands on this important issue.

Steve Schneider is a Hollywood resident who has been voting since 1976.