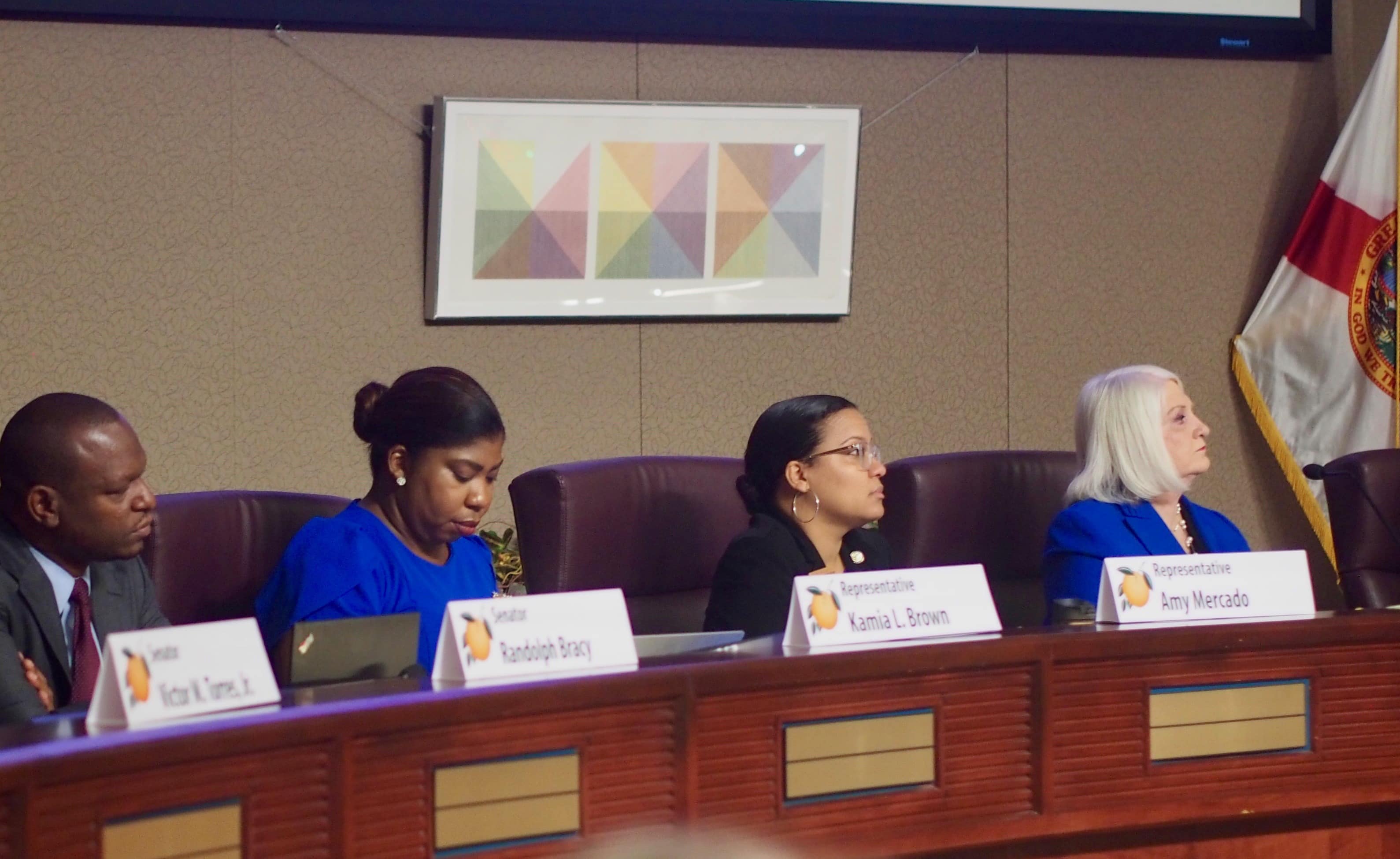 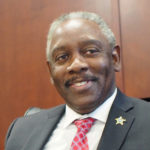 Demings, who said he could not provide the Orange County Legislative Delegation with a 2020 Legislative Session wish list yet because the Orange County Commission will delve into that Tuesday, urged the lawmakers gathered in his chambers Monday to support transportation and to fight against raids of the Sadowski Affordable Housing Trust Fund.

“A conservative estimate: it would produce $630 million on an annual basis,” Demings said of his proposed tax. “That could be a total game-changer in terms of transportation for our community for decades to come.”

His unofficial presentation Monday began what turned into a day of complicated lines of concerns regarding growth, transportation, housing, and public safety, which sometimes seemed to conflict and crossed boundaries between the Florida Legislature, the Orange County government, and the Orange County School Board.

Demings’ presentation was among dozens the 11 lawmakers [10 Democrats and one Republican, with Republican state Rep. Jennifer Sullivan absent] heard Monday afternoon, mostly from leaders of local businesses and nonprofit organizations.

Several arts and cultural groups urged the state lawmakers to push again in 2020 for increased state cultural funding, increase in mental health funding, help with overcrowded schools, and a desperate call for emergency state help with the opioids crisis.

The conclusion: Orange County’s growth is overwhelming roads and schools yet is not addressing the region’s critical shortage of affordable housing.

This spring Demings first proposed putting a one-penny sales tax on the 2020 countywide ballot in the general election. On Wednesday his administration will hold its first of what he vowed would be dozens of town hall meetings on the proposal.

That would begin the process of airing possible uses of the tax, including roads improvements, Lynx bus service, and SunRail commuter train service in the increasingly congested Orange County transportation system.

Yet while his proposal, if the Orange County Commission and the voters of Orange County agree, might address some of the transportation issues, the nexus of schools, roads, growth, and affordable housing left other issues less certain.

Jessop expressed frustration over the chronic overcrowding of schools in southwestern Orange County, Thompson’s district. One middle school had 92 portable classrooms, with some that have been there for 11 years, she said. [The school has since been relieved by a newly-built school.] Was it due to underfunding? Was it due to too much growth? Poor planning? 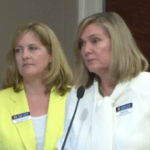 It was due to too much growth, Kobert insisted while saying the particular middle school Jessop cited was a unique situation.

“We would love to have our PECO funding restored,” she said. “Now, the PECO dollars often are at zero for public schools and universities, and too often it is going just to build charter schools. So that could be a big help, as far as keeping up with Horizons West growth.

Wait a minute, Plasencia interjected. Kobert earlier had said that Orange County had enough money coming in from its special property tax for schools construction that it was leading the state, easily, in new school construction. Is it too much growth, or not enough money?

Too much growth, the school board members conceded.

“I just don’t want the public to be confused that this is a funding problem and not a growth problem,” Plasencia said.

Thompson then suggested that the problem is exacerbated in areas like western Orange County because the state did away with requiring concurrency: that residential growth had to come with money for roads and schools. Thompson said it needed to be restored.

Yet Demings said earlier his affordable housing task force was looking in another direction, reducing the price tags for new housing to make it more affordable by reducing some of the additional burdens placed on developers.

Other issues drew just as much heat, and perhaps just as few clear answers.

“We really do need to treat this as a true emergency. I walked into the hospital today at 5:30 and by 11 o’clock I had seen five overdoses. By 11 a.m. One of which was a college student. Another of which was a 65-year-old gentleman who tried heroin with his wife for the first time. And he was lucky enough to make it, and she was not,” Page said.