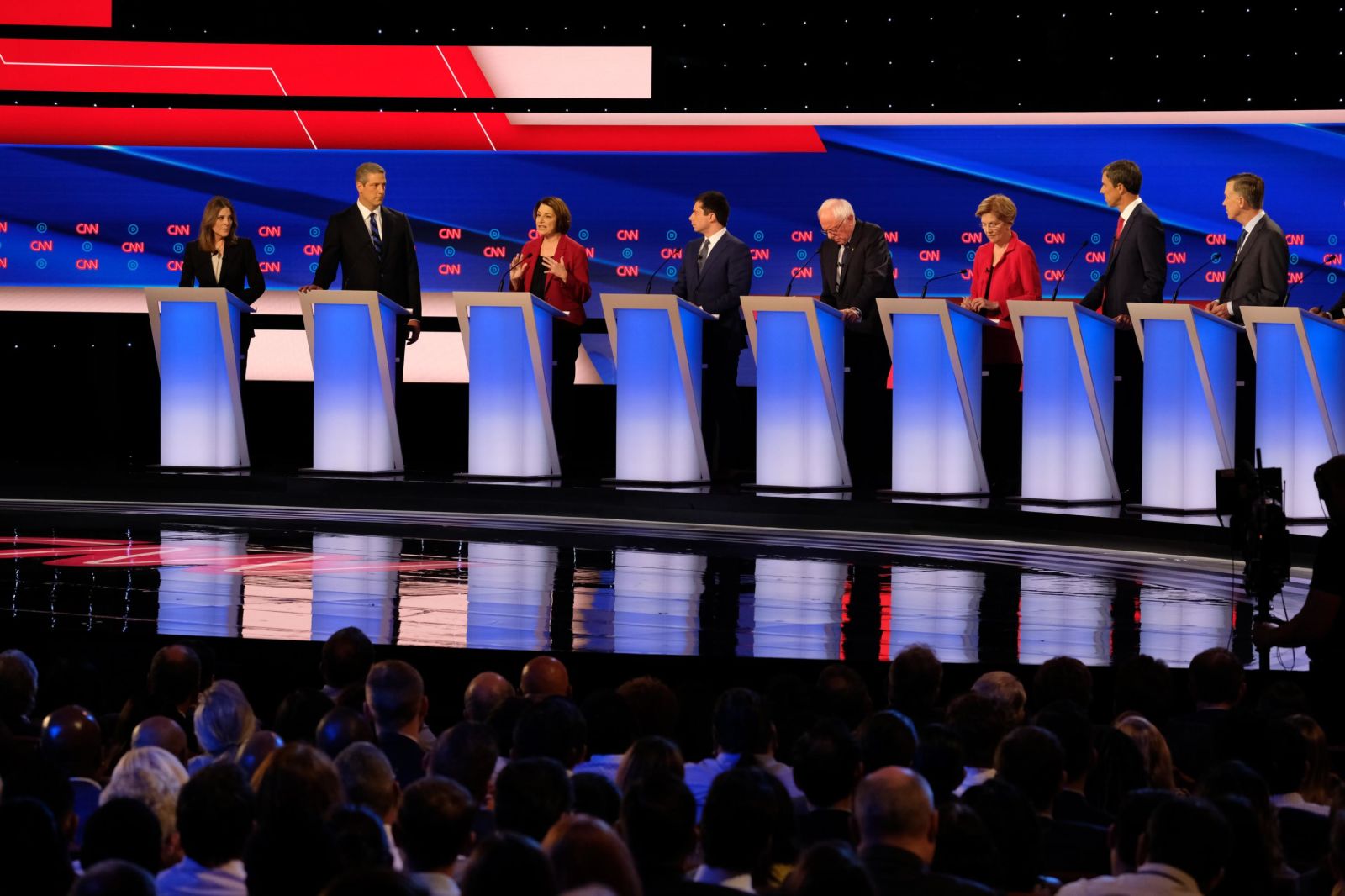 Bettors believe only 10 candidates to qualify for the stage on Sept. 12.

With just three days left to qualify for September’s Democratic debates in Houston, online users of PredictIt, an online prediction/betting site, are speculating candidates on the bubble, such as billionaire activist Tom Steyer and Congresswoman Tulsi Gabbard, will fail to reach the polling threshold needed to make the stage.

An unknown number of primary polls released in the upcoming days will determine both the future of candidates on the cusp of qualifying, as well as the entire dynamic of the debate. If one more candidate joins the field of 10 already-qualified Democrats, the event will be broken up into two nights, creating a more intimate environment with two smaller groups.

To qualify for the debate, candidates need both 130,000 individual donors and at least 2 percent support in four different polls sponsored by DNC-approved organizations by 11:59 p.m. this Wednesday.

The list of approved organizations includes national media outlets, a handful of major universities, and the Des Moines Register.

PredictIt is run by Victoria University of Wellington in New Zealand, and its users place wagers on candidates and other political props by buying “shares” on a bet, costing between one cent and one dollar each.  Winning shares each pay one dollar, minus a 10 percent commission on profits.

PredictIt users are speculating Steyer won’t get the last qualifying poll he needs to push him into the debate, betting against him by a nearly 2-to-1 margin.  As of Sunday afternoon, shares of Steyer making the cut were trading at just 35 cents on the dollar.

Gabbard needs two more qualifying polls to make the stage, and PredictIt bettors were wagering just 10 cents on the dollar that she would make the cut.

And in a proposition to wager how many total candidates would make the cut by Wednesday night’s 11:59 p.m. deadline, the money was favoring 10 – the exact number who have already qualified.  Those shares were trading at 71 cents on the dollar Sunday afternoon, while you could bet 11 candidates to be on-stage for 29 cents, or 12 candidates for 7 cents.

It does not appear that other well-known candidates, such as Bill de Blasio, Kirsten Gillibrand, and Marianne Williamson will meet DNC thresholds in time for Wednesday night’s cutoff.

If an 11th candidate qualifies by 11:59 p.m. Wednesday, ABC will hold a drawing on Thursday to determine which candidates will take the stage on each night.

October’s Democratic debate(s) will use the same qualifying criteria, so it’s possible some candidates who do not make the September stage could return a month later, forcing another two-night event.

You can watch the Democratic debate(s) on Sept. 12 – and Sept. 13, if necessary – on ABC News, ABCNews.com, Hulu Live, and Facebook Watch.

Ed. note: PredictIt is a sponsor of the “He Said She Said” podcast. The company provided no editorial input on the content of this post.