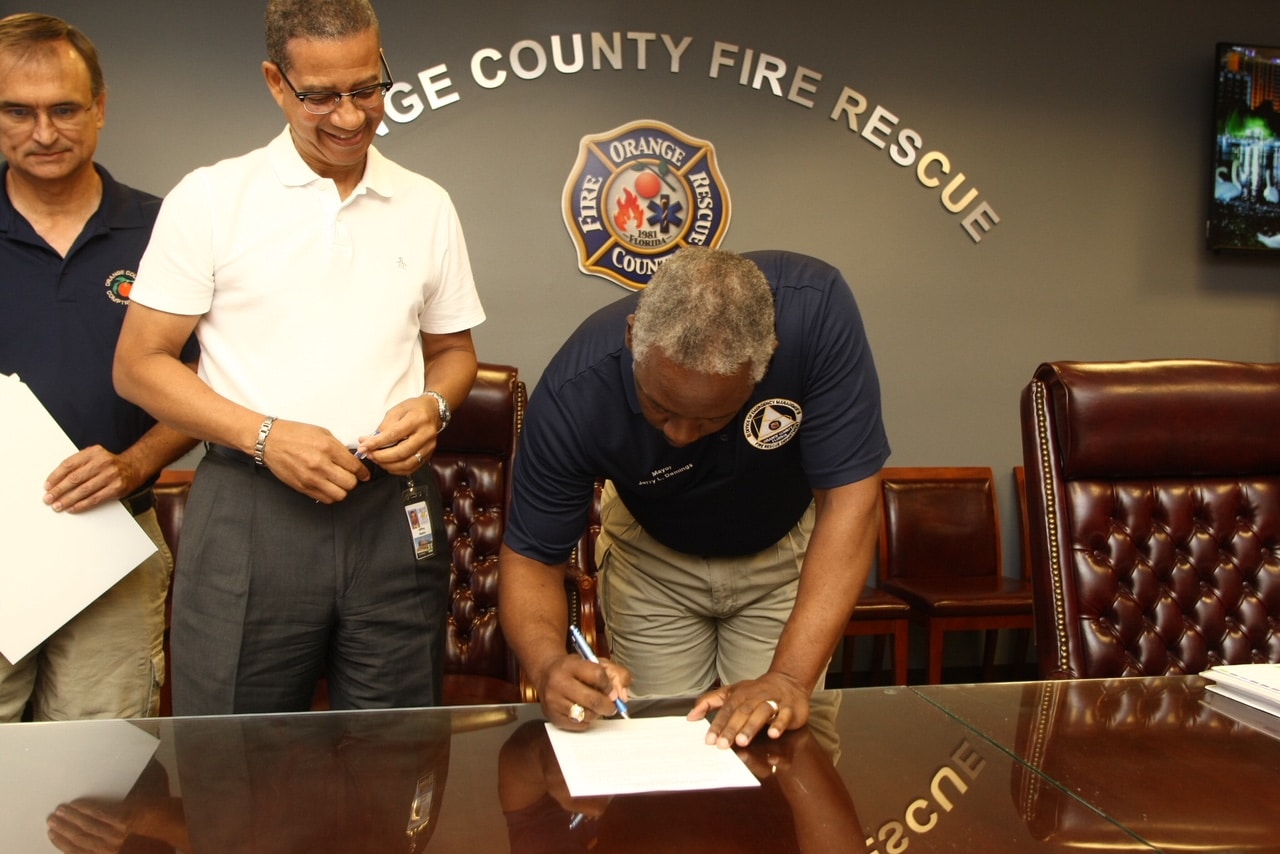 Demings signed an executive order Monday as director of emergency management for Orange County. It prohibits licensed businesses, including retailers, hotels, and landlords, from charging more than “average retail price” while his emergency declaration order remains in effect.

The order covers everything from apartment rents to gasoline. There is an exception for situations where wholesale prices or the costs of obtaining materials increased because of the emergency.

The executive order sets a $500 fine and or 60 days in jail as punishments.

In announcing the executive order, the county also advised people that if they believe they are confronted with price gouging, they should report it to law enforcement or the Florida Attorney General’s price gouging hotline.

The latest forecasts Monday morning show parts of Orange County remain within the cone of uncertainty for Hurricane Dorian’s path. The consensus projection has the storm passing 40 or 50 miles offshore, which would have parts of Orange County expecting at least tropical storm strength winds and four to six inches of rain. Should the hurricane drift farther west, hurricane-force winds become a real prospect for at least eastern Orange County.

The first rain bands are expected in Orange County Monday, with the most significant impact late Tuesday and early Wednesday.

In past hurricanes, Orange County, though inland, suffered numerous downed trees, lost power lines, and widespread power outages. After Hurricane Irma in 2017 parts of Orange County lost power for more than a week.