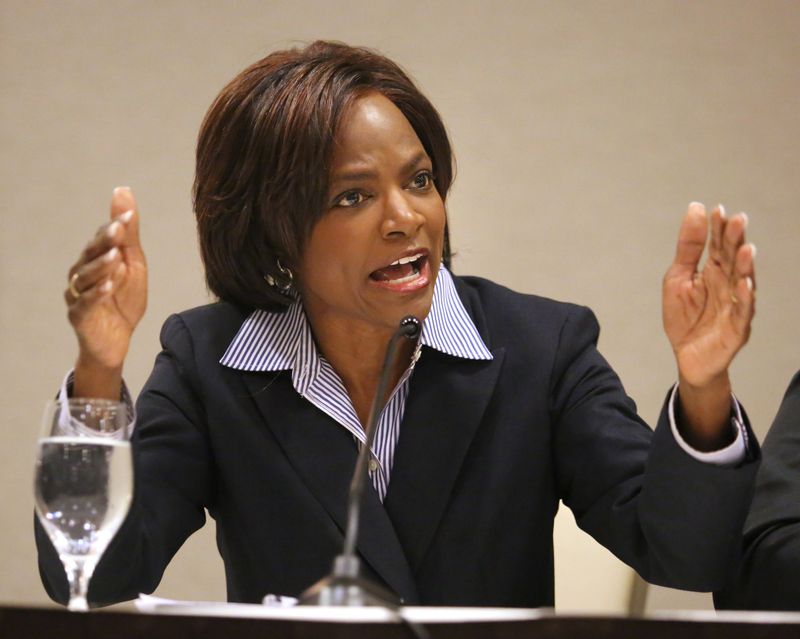 'in order to extort a foreign country to help his reelection', Demings contends

Democratic U.S. Rep. Val Demings of Orlando reacted strongly Monday to reports that President Donald Trump and his associates have been trying to coerce Ukraine into turning over damaging information on Joe Biden and his son.

Demings was reacting Monday both to Washington Post and other media reports over the weekend charging that Trump and his advisors including independent legal advisor Rudy Giuliani were trying to coerce Ukrainian cooperation for dirt on the Democratic presidential candidate and his son Hunter Biden, by threatening to withhold U.S. military aid; and the announcement Monday by three U.S. House of Representatives committees that they would investigate the allegations.

“President Trump has ‘acted outside legitimate law enforcement and diplomatic channels to coerce the Ukrainian government,'” Demings tweeted Monday, quoting a letter from the chairs of the House Foreign Affairs Committee, Permanent Select Committee on Intelligence, and Oversight and Reform Committee.

“The President is threatening our security in order to extort a foreign country to help his reelection. We are investigating and will hold him accountable,” Demings added in the tweet.

Demings serves on the House Select Committee on Intelligence.

The House letters charge: “A growing public record indicates that, for nearly two years, the President and his personal attorney, Rudy Giuliani, appear to have acted outside legitimate law enforcement and diplomatic channels to coerce the Ukrainian government into pursuing two politically-motivated investigations under the guise of anti-corruption activity.

“The first is a prosecution of Ukrainians who provided key evidence against Mr. Trump’s convicted campaign manager Paul Manafort. That investigation aims to undercut the Mueller Report’s overwhelming evidence that Russia interfered in the 2016 election to support Trump’s campaign. The other case targets the son of former Vice President Joseph R. Biden, who is challenging Mr. Trump for the presidency in 2020,” the letters continue. “As the 2020 election draws closer, President Trump and his personal attorney appear to have increased pressure on the Ukrainian government and its justice system in service of President Trump’s reelection campaign, and the White House and the State Department may be abetting this scheme.”

The Democrats’ letters cite the Ukrainian government, not media reports, for details of its allegations.

“President Trump has also threatened to withhold more than $250 million in security assistance that Congress has appropriated, the Pentagon supports, and Ukraine desperately needs. Ukraine’s sovereignty and territorial integrity are under assault from Russia and its proxies in illegally-occupied Ukrainian territory,” the letters continue. “If the President is trying to pressure Ukraine into choosing between defending itself from Russian aggression without U.S. assistance or leveraging its judicial system to serve the ends of the Trump campaign, this would represent a staggering abuse of power, a boon to Moscow, and a betrayal of the public trust.”