Brian Mast, Darren Soto being kicked out of VA hospitals 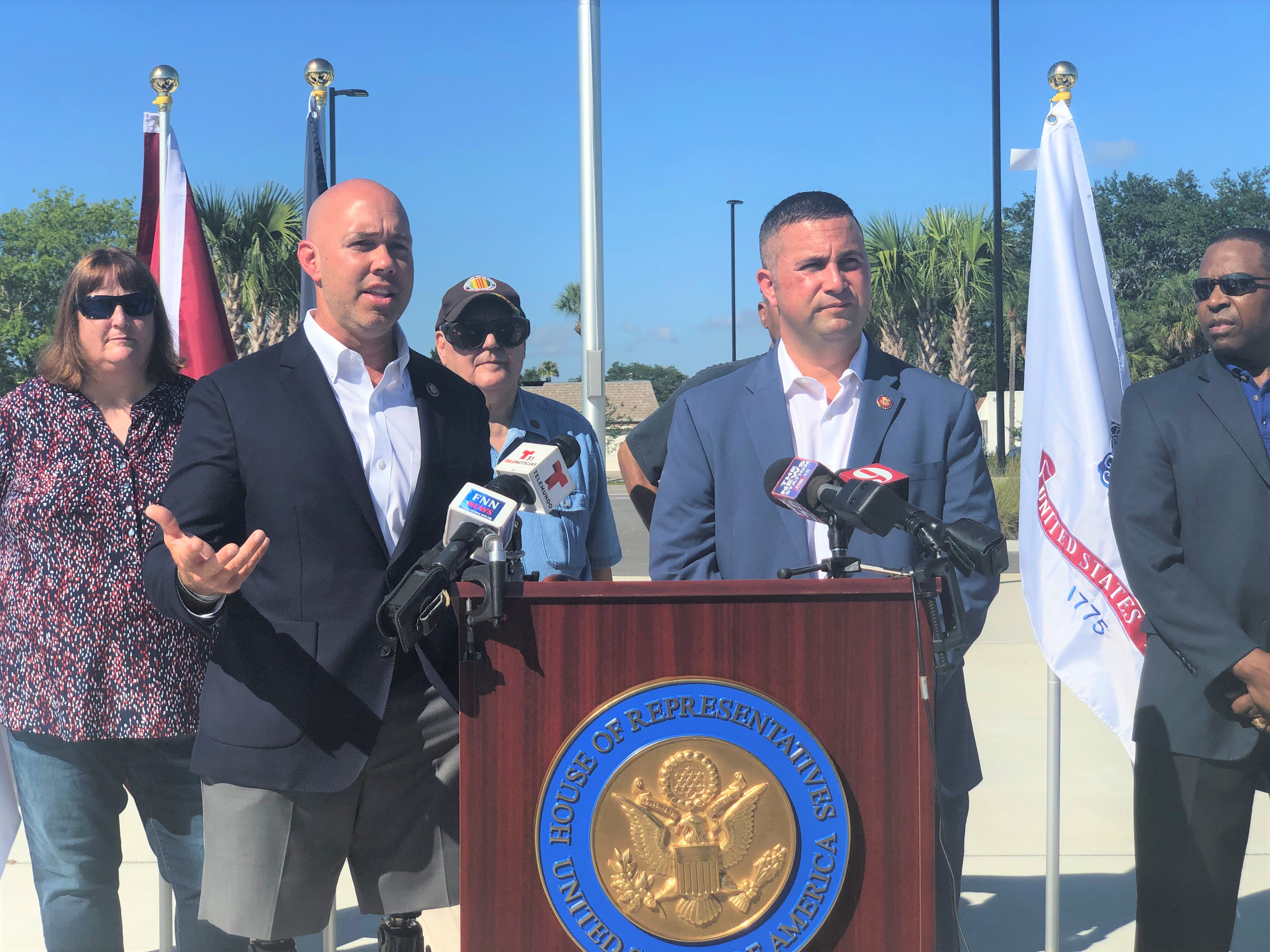 U.S. Reps. Brian Mast and Darren Soto are being evicted from office space they were renting in Department of Veterans Affairs hospitals in their districts to serve veterans seeking congressional assistance.

The U.S. Department of Veterans Affairs advised them and other members with field offices in VA hospitals that it has decided that hospital space should be used only for delivering medical care to veterans. The VA indicated they are to be out by the end of the year.

They also share their office space with other members  of the House of Representatives whose constituents also seek care at those facilities, including Democrats Alcee Hastings, Ted Deutch, and Lois Frankel, who staff the West Palm Beach hospital part-time, and Democrat Stephanie Murphy at the Lake Nona hospital.

Mast, a disabled veteran himself, was furious Thursday.

Mast charged that this is a retaliatory move by the VA to avoid the kind of transparency and accountability that the offices provide by offering congressional help inside the hospitals. Earlier this year, he and Soto introduced a bill, House Resolution 2846, which would make it easier for congressional members to open such offices.

He described his West Palm Beach office as “no bigger than a broom closet,” but worth it.

“We’ve had over 500 individual meetings in that hospital with veterans, dealing with things that are important to them. That’s veterans’ service. That’s having an effect on making sure they know they are cared for, loved, and hopefully trying to make a dent in the 22 a day [veterans’ suicides],” Mast said. “And it’s making sure we have oversight over the VA, that if there is somebody who is being failed or something that’s not happening right there, that we’ve got our eyes on it. I’d say one of the more important things is employees. We get a lot of employees that come in there and I think this is probably one of the things that pisses off the administration the most.

In a statement Thursday, the VA said it was simply a matter of priorities for valuable, limited space in the hospitals. The statement also contended that there is no legal basis to allow such offices.

“VA’s primary mission is delivering medical care to veterans, and the physical spaces within our facilities are used for that mission. The department will use the space previously dedicated to six members of Congress for the provision of medical care services,” the VA statement read. “Moreover, no law authorizes the department to dedicate its space for members of Congress to provide constituent services. Past bills authorizing the department to do so have not been enacted.”

Mast said the advisory came in from a VA undersecretary, not the top, and he was writing to VA Secretary Robert Wilkie to appeal.

Murphy already has done so. She sent a letter to Wilkie Wednesday saying her staff in Lake Nona was getting 25-30 walk-in appointments a week, and veterans seem very pleased. “The VA’s unilateral decision to prohibit this arrangement, without giving me or other members of Congress an opportunity to explain its merits, strikes me as unwise,” she wrote.

“We are deeply disappointed to learn that the VA plans to end the shared-space agreement at the West Palm Beach VA Medical Center, but we will explore all options to keep the office open,” the statement from Mast, Hastings and Deutch read.