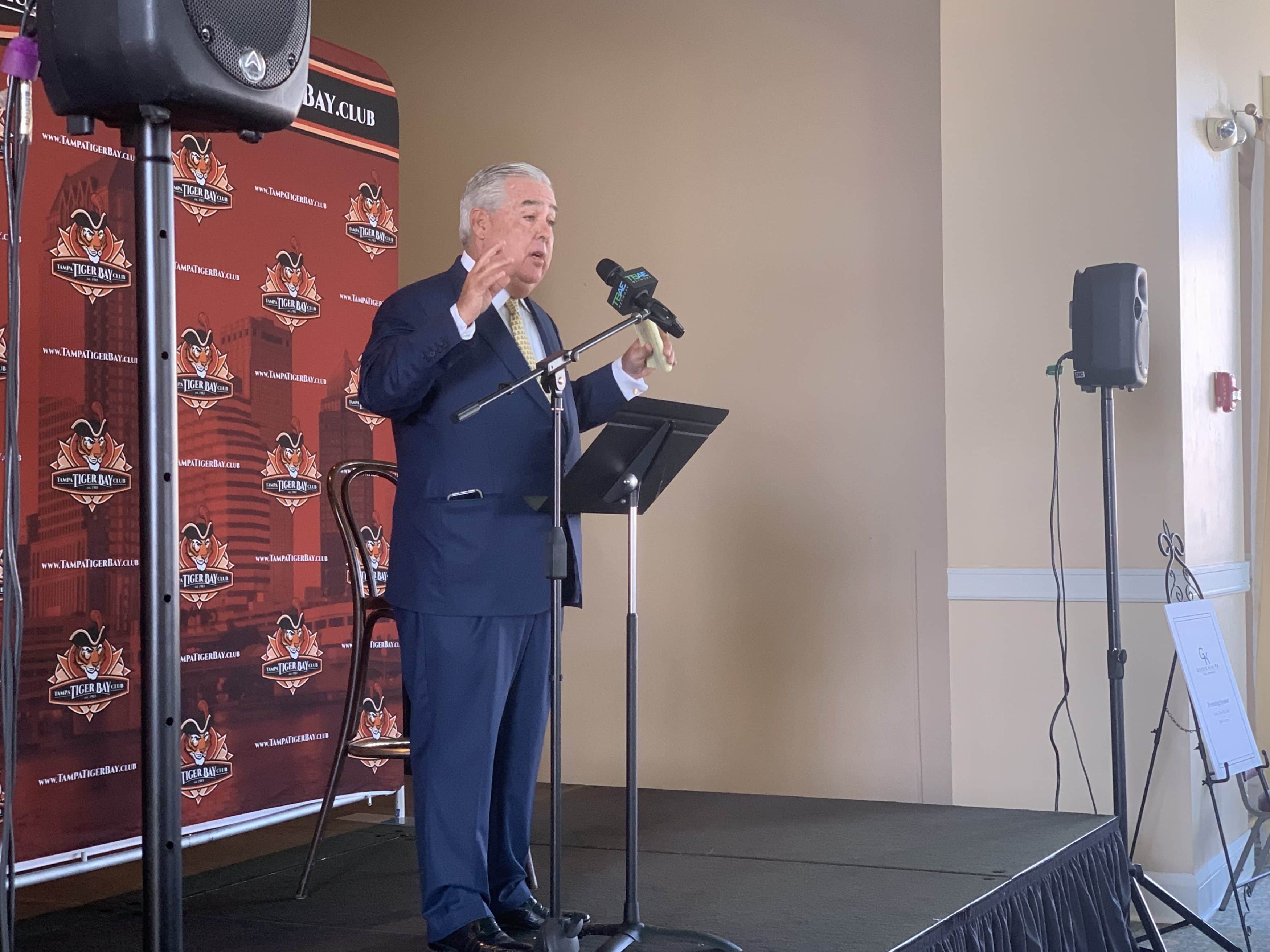 He said it's good for the economy.

Orlando attorney John Morgan was in Tampa Friday to talk up his latest — and what he says will be his last — political project, raising the minimum wage to $15 an hour.

“I want to give people a chance to work it all out,” Morgan said during a Tampa Tiger Bay luncheon, referring to employers paying workers a higher wage. “I don’t want this to be cold turkey.”

Democrats typically support raising the minimum, with Republicans often opposing the issue arguing it’s bad for business. Morgan, who used to be a Democrat until changing his registration to no party affiliation, said he actually considers the minimum wage hike proposal a conservative idea.

“If you put more money in their pockets they don’t get on a bus, they get on a car lot,” Morgan said, arguing paying a living wage is better for businesses longterm because it increases spending power.

Morgan also made the argument that higher wages would lead to lower social safety net costs as people were able to ditch public assistance like food stamps or welfare. He said some people actually choose not to work because they can bring in just as much money though public assistance.

“Folks can do that math,” Morgan said. “When it’s better not to work than work, people aren’t going to work.”

“You can take away all the government subsidies. You think people want to ride a bus? You don’t want to be on a bus. If they can buy a car then we don’t need that bus.”

Morgan also rejected the notion that raising the minimum wage would hurt the economy by saddling small businesses with higher employment costs.

“Years ago in the south they said the economy will not work if we don’t have slaves. They were so adamant about it they went to war over it. They fought each other to own people.” Morgan said. “What’s going on in America today is we’re paying people slave wages and I’m ready to go to war for that.”

He tied minimum wage to the national fight over immigration, too. And in typical Moran fashion, he did so with a zinger.

“Everything about the immigration fight is bogus,” Morgan said. “There’s 14 million illegal immigrants in the United States. If you wanted to get rid of the all today … make it a third degree felony to hire them and charge a $100,000 fine. Do you know why we’re not going to do that? Because we like slave labor.”

Morgan said he took on the minimum wage fight because of his faith and believes increasing wages is the right thing to do. He said it’s not an issue of politics, but morals. He lamented that hard working people can work two and three jobs and still not have enough money to put food on the table.

“Can you imagine walking in to get free food, holding your kid’s hand after you spent all day doing everything right, working your ass off,” Morgan asked.

According to the most recent stats for the ballot initiative from attorney Morgan‘s Florida For A Fair Wage political committee show the committee needs just over 20,000 votes to hit the November ballot.