Three Republican representatives are hosting a fundraiser in Tallahassee later this month.

That coincides with the third interim committee week ahead of the 2020 Legislative Session, which begins Jan. 14.

All three lawmakers are running for their third term in 2020.

All three hold Republican-leaning seats, and Fine and Fischer are running unopposed.

Roth, however, is being challenged by Democrat Jim Carroll this cycle.

Despite the district’s lean, Carroll raised $21,775 from donors through Aug. 31 and has also juiced his campaign account with $50,000 in candidate loans.

Roth had raised $31,600 through the end of last month and has about $27,000 in the bank. Carroll has not yet filed his finance report for last month. It is due to the state later this week. 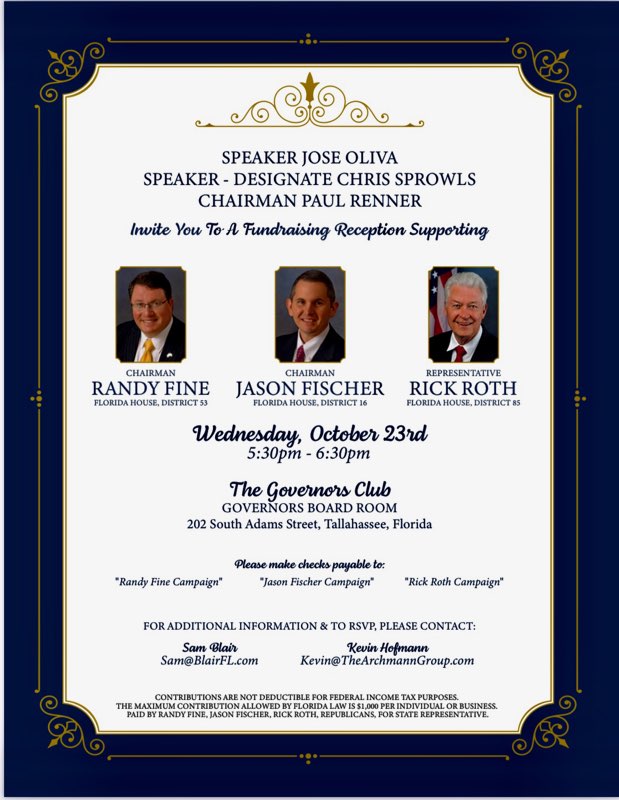