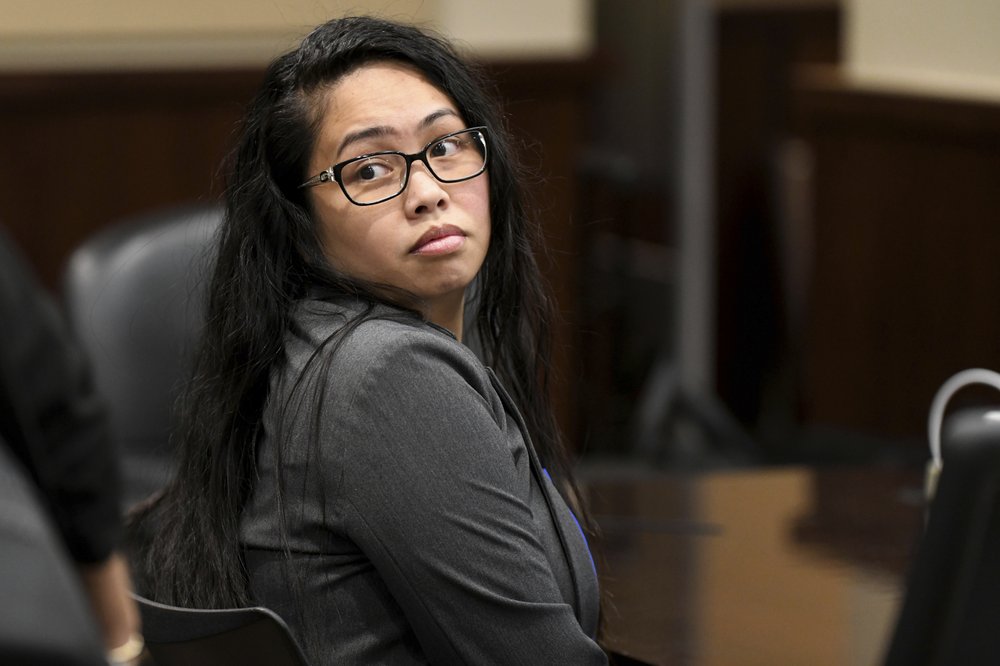 No charges have been brought against any of Markel’s former in-laws.

A Florida jury on Thursday began deliberating the fates of a man and woman facing murder charges in the killing of Florida State University law professor who was entangled in a messy divorce and bitter child custody battle when he was gunned down five years ago in his garage.

During final arguments, prosecutors urged the jury to return guilty convictions against Katherine Magbanua and her ex-boyfriend, Sigfredo Garcia, who they say took part in a murder-for-hire plot with another man to kill Dan Markel.

Defense attorneys asserted that their clients were innocent scapegoats in the government’s failure to charge Markel’s in-laws, who prosecutors implicated throughout the trial.

And they hoped that the jury would reject the testimony of a key prosecution witness who pleaded guilty for his role in the slaying in exchange for a reduced sentence.

As described by prosecutors and defense attorneys alike during two weeks of court proceedings, the trial had all the makings of a Hollywood drama — hit men, bickering spouses, failed romances, money, drug trafficking and scheming in-laws.

Markel was shot to death after returning home from the gym and dropping off his two young children at day care on the morning of July 19, 2014, in Florida’s capital.

A neighbor testified about seeing a light-colored Prius speed away when he grew suspicious and decided to check on Markel. He discovered Markel in the garage, still in his car and bleeding from the head. Shards of glass littered the garage floor, and Markel had been shot twice in the head.

An investigation led authorities to Luis Rivera, who they say conspired with Garcia and Magbanua to kill Markel. Rivera and Garcia were childhood friends, and Garcia is the father of Magbanua’s two children.

The government said the three were paid $100,000 to carry out Markel’s execution.

Rivera, under a plea deal, would later be a witness against Garcia and Magbanua.

Much of the government’s case against the two defendants relies on the testimony of Rivera, and Zangeneh asserted that the government is wrongly relying on Rivera, who he said was a known gang member.

But Assistant State Attorney Georgia Cappleman said Garcia pulled the trigger on the gun that killed Markel and said Magbanua had enlisted the two men to execute the hit on behalf of the financiers who paid $100,0000.

If found guilty, Garcia could face the death penalty, while Magbanua could spend the rest of her life in prison.

Although the trial focused on Garcia and Magbanua, the courtroom drama was even more intriguing because of who was not on trial — despite repeated suggestions by prosecutors and defense attorneys of who might have been behind Markel’s slaying.

“What enemies had Mr. Markel made that set in motion such a brutal act?” Cappleman asked.

The answer, she said: “His own family.”

Indeed, lawyers for Magbanua and Garcia said their clients were only on trial because authorities had failed to bring charges against the relatives of Markel’s ex-wife, Wendi Adelson.

According to testimony, Magbanua had been romantically involved with Adelson’s brother, Charlie. Prosecutors say bad blood between the Adelsons and Markel led to murder.

However, no charges have been brought against any of Markel’s former in-laws.

Chris DeCoste, one of Magbanua’s attorneys, called prosecutors so desperate for a conviction that they put an innocent woman on trial.

“There’s no amount of money you could pay a mother of two for her to risk never seeing her children again,” DeCoste said.

“She’s been in custody for three years. It’s time for her to go home.”

previousNed Hancock now has double the cash of Kaylee Tuck