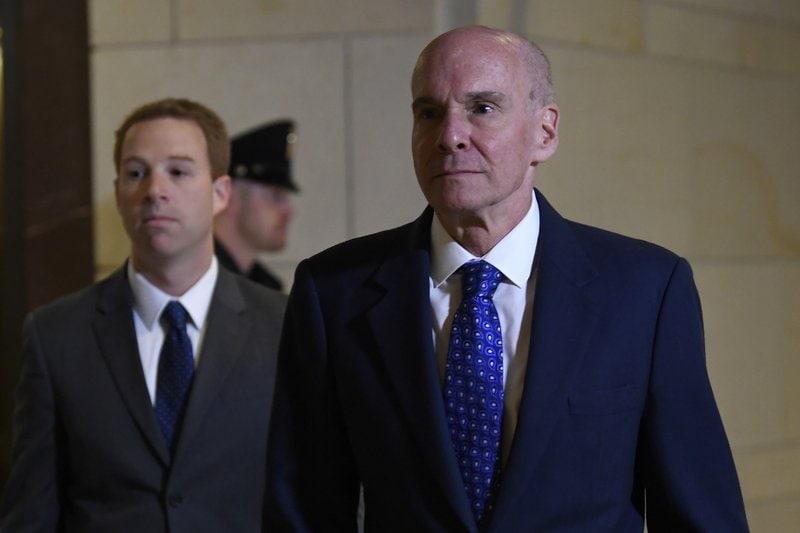 The day’s events, interrupted by an explosive meeting at the White House, churned as longtime State Department officials are speaking out under subpoena — some revealing striking new details — about the actions Trump, and his personal lawyer Rudy Giuliani, took toward Ukraine that have sparked the House impeachment inquiry. 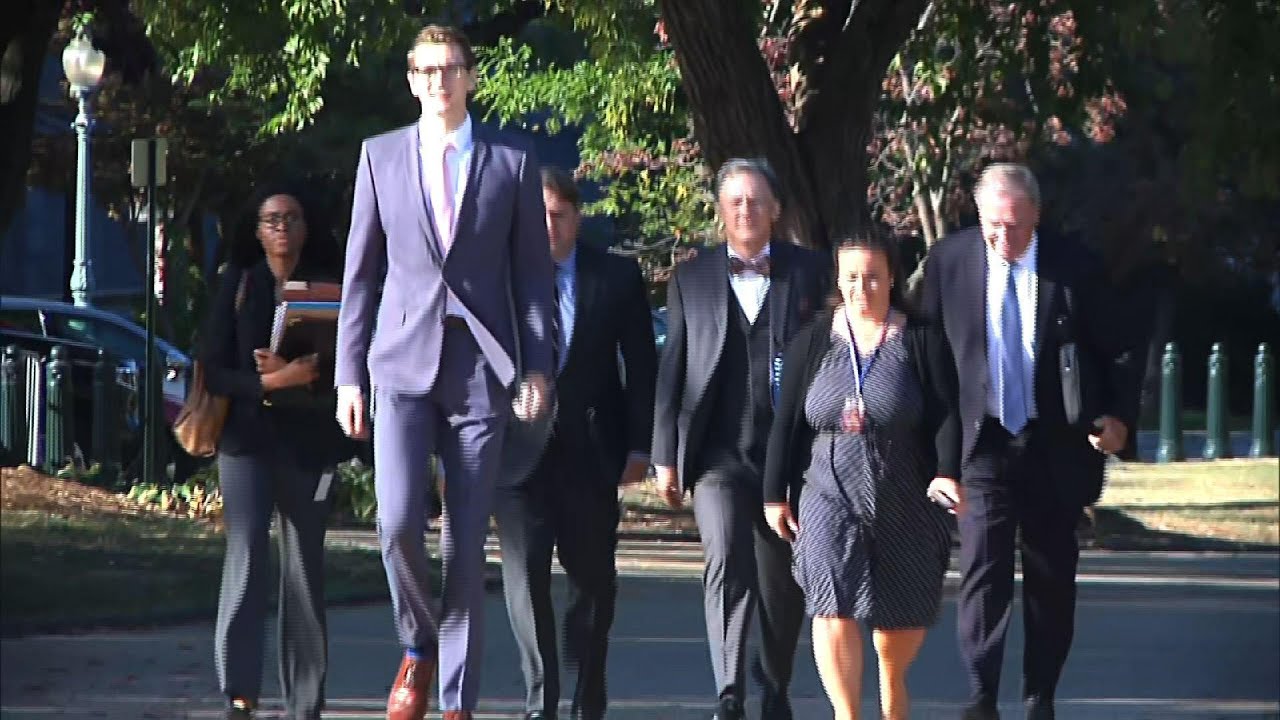 Rep. Mark Meadows, a North Carolina Republican, told reporters outside the closed-door hearing that McKinley was complimentary about Pompeo’s role but did raise other issues.

At the White House, congressional leaders abruptly ended an explosive meeting with the president on the situation in Syria, when Trump called House Speaker Nancy Pelosi a “third-rate politician,” according to Democrats. Pelosi said later the president was having a “meltdown.”

Senate Democratic leader Chuck Schumer said he knows his House colleagues didn’t run for office to conduct an impeachment investigation, but he said, “The facts that are already in the public domain are so deeply troubling and must be taken very seriously.”

Another key figure in the impeachment investigation, special envoy Kurt Volker, returned to Capitol Hill on Wednesday to review the transcript of his Oct. 3 testimony to investigators, according to a person familiar with his appearance.

Volker provided text messages to lawmakers that revealed an effort at the State Department to push Ukraine’s leader into opening an investigation of the gas company Burisma connected to Biden’s son, Hunter, in return for a visit with Trump.

That effort soon escalated into what one diplomat feared was a quid pro quo for U.S. military aid. Trump has denied that, saying assistance to Ukraine was delayed to pressure the country into addressing corruption.

The testimony so far from the witnesses, mainly officials from the State Department and other foreign policy posts, largely corroborates the account of the government whistleblower whose complaint first sparked the impeachment inquiry, according to lawmakers attending the closed-door interviews.

One witness said it appeared “three amigos” tied to the White House — Sondland, Volker and Energy Secretary Rick Perry — had taken over foreign policy. Another quoted national security adviser John Bolton as calling Giuliani a “hand grenade” for his back-channel efforts to get Ukraine to investigate Biden and Biden’s son Hunter.

Trump’s July 25 phone call in which he pressed Ukraine’s president, Volodymyr Zelensky, to investigate Biden’s family is at the center of the Democrats’ inquiry.

Pelosi, despite intensifying calls from Trump and Republicans to hold a formal vote to authorize the impeachment inquiry, showed no indication she would do so. She said Congress will continue its investigation as part of the Constitution’s system of checks and balances of the executive branch.

“This is not a game for us. This is deadly serious. We’re on a path that is taking us, a path to the truth,” Pelosi told reporters Tuesday.

Rep. Adam Schiff, a Democrat from California, the chairman of the House Intelligence Committee overseeing the probe, has praised the State Department officials for stepping forward, under subpoena, to shed light on the matter.

Republished with permission of The Associated Press.
Post Views: 225