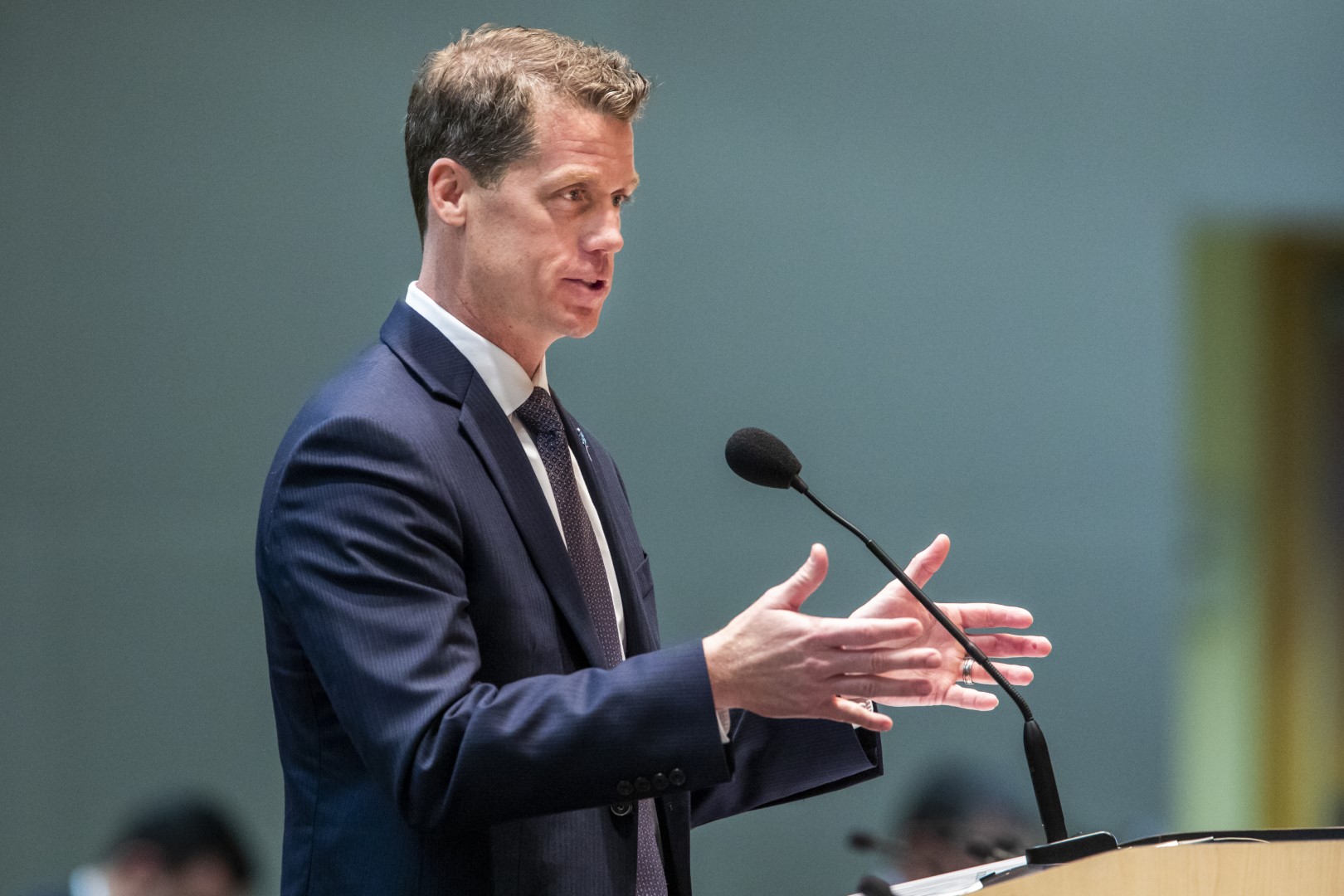 TALLAHASSEE, FLA. 4/9/19-Chad Poppell, acting Secretary of Florida Department of Children and Families responds to questions from the Senate Ethics and Elections Committee, during confirmation hearings Tuesday at the Capitol in Tallahassee. Poppell was approved by the committee and awaits a confirmation vote by the full Senate. COLIN HACKLEY PHOTO

Department of Children and Families (DCF) Secretary Chad Poppell addressed a House panel Thursday morning, outlining the ways he’s looking to change the agency to help families solve underlying problems that cause them to utilize DCF in the first place.

Poppell spoke to members of the House Children, Families & Seniors Subcommittee where he laid out his aim for the agency.

“We want to move from a crisis agency to a prevention-focused agency,” Poppell said.

One problem, Poppell argued, is the distance between DCF and the families who seek the agency’s services.

“We have embraced an outsourced model,” Poppell said.

“We contract with a lead agency or a managing entity —a contracting entity — that’s supposed to be community based, and then they hire a network of sub-providers and contractors that actually deliver the services in their area. That puts DCF two contracts away from the actual front line.”

The Secretary said he’s pushing for the agency to take more of an active role on the ground, taking a more active role in ensuring those providers are serving those who need help.

Poppell also said he wants his agency more focused on helping families solve underlying problems — such as hunger, drug addiction or loss of a job — that can cause crises in the home, rather than simply responding to repeated calls for help.

To that end, he says he’s set up two main goals. The first is increasing pre-crisis contacts by 25 percent by 2021.

“What we’re trying to do is redesign the front end of our system, so that as those calls come in and they get screened out, we actually have teams that look at that particular call in that case and then reach out to the family and try to get involved and help,” Poppell said.

The second benchmark is to decrease reentry into the DCF system by 25 percent by 2021.

“If the department is spending dollars on a program, if we are involved in your life, what are we doing to make sure that we addressing the needs and underlying causes and you’re not back within a short period of time?”

Poppell was appointed to the role in Jan. 2019 after the election of Gov. Ron DeSantis.