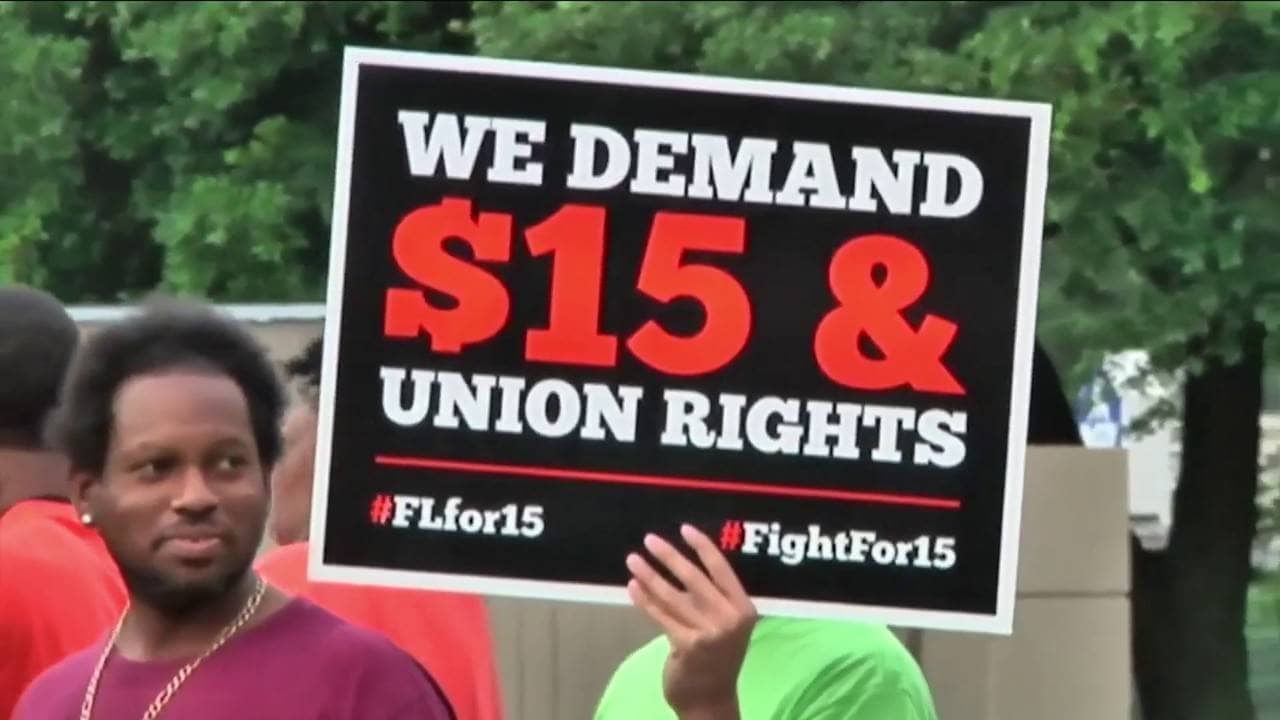 The panel will layout possible dangers like lost jobs.

The Tampa Bay Beaches Chamber of Commerce and Amplify Clearwater, the chamber representing Clearwater and Clearwater Beach, are hosting a panel discussion next month addressing to implications of raising the state’s minimum wage to $15 an hour.

The panel will include an economist from the Florida Chamber of Commerce, a government affairs representative from the Florida Restaurant and Lodging Association and a local small business owner.

The panel is November 7 at 9 a.m. at the Holiday Inn Harbourside located at 401 2nd St. in Indian Rocks Beach.

Voters will most likely have the option to vote for or against raising the state’s minimum wage on the 2020 general election ballot. An effort backed by Orlando attorney John Morgan has nearly enough petition signatures to make the ballot.

The measure would require all Florida businesses to pay workers at least $15 an hour, up from the current $8.46 minimum and would raise tipped worker wages from $5.44 to $11.98.

“Everyone agrees minimum wage should be increased, however not to $15 an hour,” the chamber wrote in an email announcing the panel discussion.

Florida Restaurant and Lodging Association CEO Carol Dover recently told Florida Politics the amendment, if approved, could lead to businesses shutting down as businesses are forced to raise prices to cover costs.

An analysis by the Congressional Budget Office this summer found raising the minimum wage to $15 an hour would increase wages nationwide by $64 billion, but workers who lose their jobs as a result would lose $20 billion in wages. Meanwhile, real income for business owners would decrease by $14 billion while consumers would pay $39 billion more for goods and services.

Other critics worry the hike would be a major hit to tipped workers like waitresses and bar tenders. Those workers could face having hours cut or earning flat wages instead of tips, which restaurant owners say leads to less overall take-home pay.

Dover also argued minimum wage was never supposed to be a living wage, saying instead they were entry level jobs serving as a launching point for higher-wage positions. Training wages, she called them.

Still, supporters of the measure argue the increase is long overdue. Minimum wage workers often have to work several jobs to make ends meet. Paying a living wage would put more money into the pockets of consumers, which would translate to more dollars spent on goods and services.

previousPoll: Floridians feeling strongly about impeachment — for and against