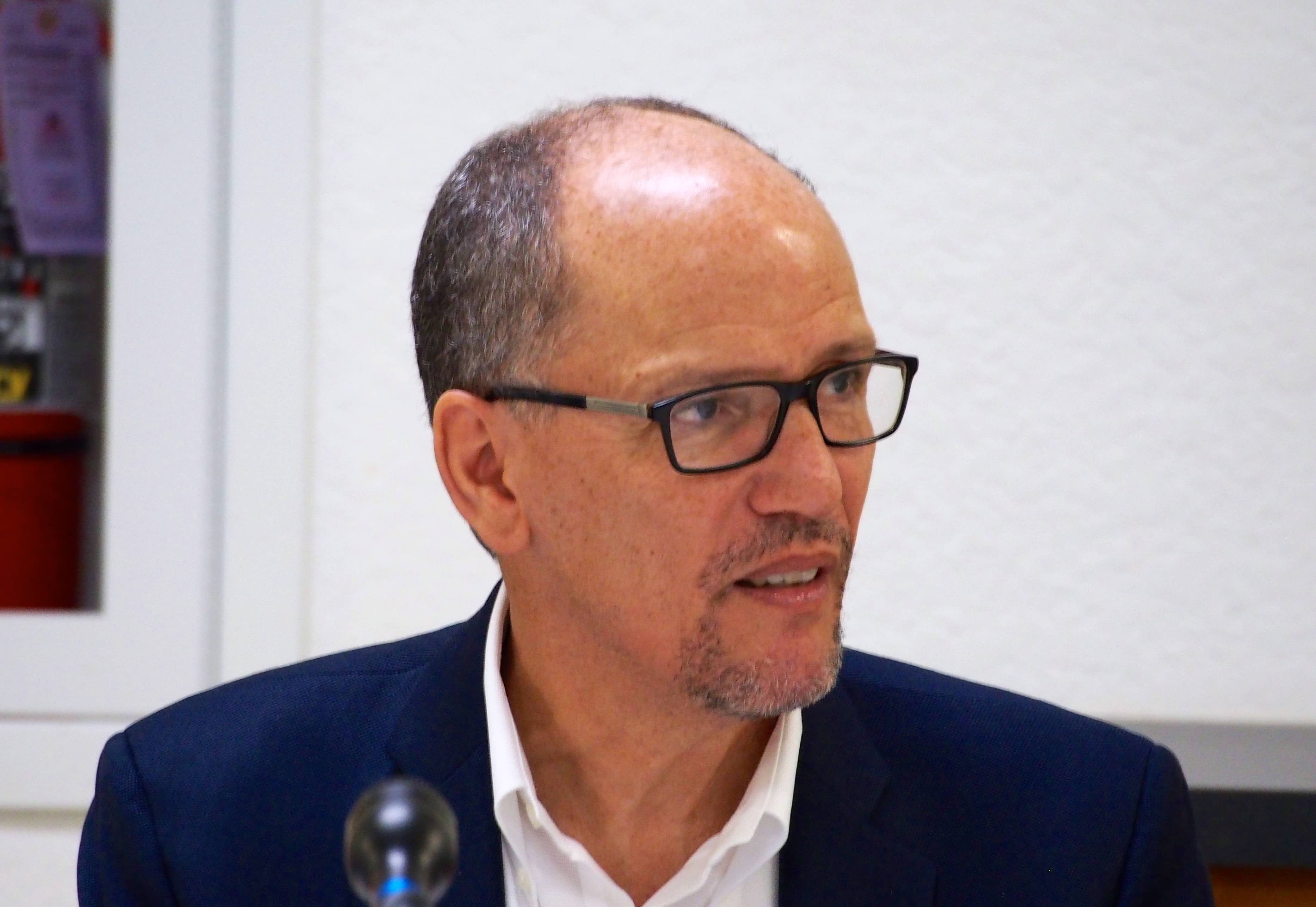 Democrats are preparing to make the 2020 presidential election in battleground states about pocketbook issues such as Medicare and Social Security in Florida, dairy farmers in Wisconsin, and factory closings in Michigan and Ohio, the effects of Republican tax cuts in Arizona.

And oh, yes, there is that impeach President Donald Trump thing.

“I think one thing that voters can understand is that Democrats are walking and chewing gum,” Said Democratic National Committee Chair Tom Perez. “They can carry on their constitutional responsibility while passing the legislation that addresses the kitchen table issues that are keeping people up at night.”

Perez, joined by Pennsylvania Attorney General Josh Shapiro and other DNC staffers Friday, laid out to journalists the party’s one-year-out picture to run a national presidential election, particularly in battleground states such as Florida, Pennsylvania, Wisconsin, Ohio, Michigan, and Arizona, And they assured they are doing so with a far bigger staff and other important organizational changes compared with previous campaigns.

Also Friday, Florida Democratic Party Chair Terrie Rizzo held a similar press call to talk about her party’s 2020 presidential campaign buildup, including dramatically-increased staffing and volunteer programs compared with this time four years ago, assuring that “after heartbreaking narrow losses [in 2016 and ’18] we’ve learned from the past.”

Yet as both national and state party leaders laid out their strategies, their campaign infrastructure building plans, and the pocketbook issues they expect to hold against Trump, they barely mentioned the 800-pound gorilla in presidential politics, the U.S. House of Representatives impeachment probe and its revelations of potential wrongdoing by Trump.

In question and answer, though, Perez took strong exception to the notion that Democrats still have not figured out exactly how to factor impeachment proceedings into the 2020 presidential election. Still, every opportunity to mention Trump’s potential impeachment issues also was a moment to mention pocketbook issues.

“I talked about restoring honor and dignity in the White House, addressing the chronic culture of corruption,” Perez said, referring to the moment he came closest to mentioning the impeachment probe during his opening remarks Friday. “I mean we have a constitutional crisis here.

“Yes, we will talk about this on the campaign trail, to point out that nobody is above the law. That is a fundamental tenant of our democracy,” Perez said. “At the same time, as I travel to Florida, people want to know: ‘Who is going to look out for my health care?’ And there’s a president who promised that you’re going to be able to have access to quality and affordable health care, and now he wants to take away coverage for people with preexisting conditions. You’ve got a lot of seniors down there. And when he threatens to cut Medicare, and Medicaid and Social Security, if you’re a senior and you have longterm care needs, the biggest source of payment is Medicaid. If you have prescription drug needs, this president is putting you in jeopardy.

“So we’re addressing those critical pocketbook issues,” Perez continued. “I’m talking to Venezuelan voters in Florida. And I’m asking them the question of: the president said he has your back…. Well if he has your back, why doesn’t he give Temporary Protective Status to Venezuelans coming to America? He doesn’t need to pass a law to do that. He could issue action right now. And the issue is, he doesn’t have the backs of Venezuelans. He’s not looking out for them. And so I really believe it is important to us to talking in this general election about issues of critical import to people of this country.”