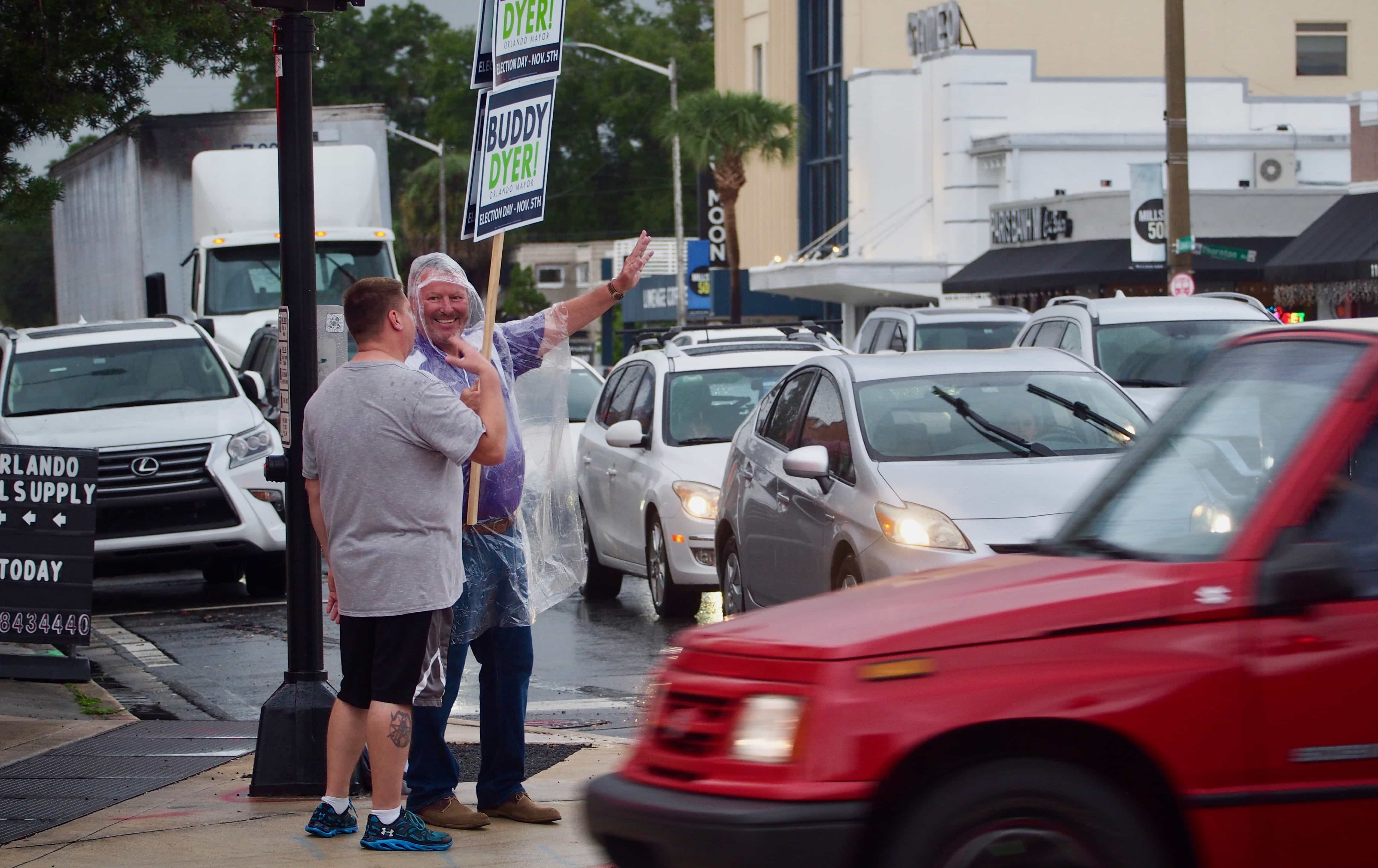 Yeah, that was Buddy Dyer out in the rain, waving a campaign sign at Monday’s rush-hour traffic on a busy street the evening before just about everyone expects him to get a landslide victory for a fifth full term as Orlando Mayor in Tuesday’s election.

Was he nervous about the election, even though neither of his opponents, Orlando City Commissioner Sam Ings nor businesswoman Aretha Simons, have put up much of a campaign? Is this just an old habit for someone who has been in six mayoral elections and a couple of state Senate elections? Or is it something else?

“Got to do some of the traditional campaign things,” Dyer said. “It’s close to the end. So as the polls close tomorrow we’re making a final push.”

On Tuesday evening, Dyer’s campaign expects to celebrate a sixth mayoral election, one to complete the unfinished term of Glenda Hood, and now five full-term victories for Dyer. Already the longest-serving Mayor of a major city in Florida, with 16 years in, and the longest-serving Mayor ever of Orlando, Dyer spoke Monday with confidence, but still knowing nothing will be official until Tuesday evening.

“I think we’ve run a good campaign, reminding people of our record. And people like the leadership that we’ve provided so we feel pretty good,” Dyer said.

“I am absolutely prepared for another four years,” he said. “I’m more excited about the next four years than any of the ones prior.” 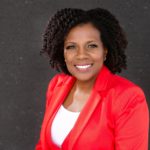 If there is any hope for Ings or Simons, it comes from what may become an alarmingly low voter turnout, with low numbers increasing the chances for the unexpected. Just over 5% of the electorate voted by mail, through Monday’s returns. Just over 1% voted early. They combined to produce 11,200 votes through Monday night, out of 176,000 registered voters in Orlando, a 6.4% turnout heading into Election Day.

Simons, a retired Navy veteran who runs a company that helps nonprofit organizations, has been out waving signs too.

“People who even like Buddy say, ‘You know what? He’s been there too long. It’s time for him to go,” Simons said. “To make it plain and simple, they’re dissatisfied.”

She managed to raise and spend nearly $50,000. She has twice run before and lost in Orlando City Council races to far lesser formidable opponents than Dyer and his political machine. 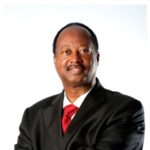 Ings, a retired Orlando Police captain, ran against Dyer before finishing third, 37 points behind Dyer, in 2004. This time, he has managed to raise and spend nearly $110,000.

In recent weeks, Ings, a Democrat like Dyer and Simons, has attempted to court the Republican vote, even showing up at the Orange County Republican Party’s “Trump Defender Gala and 2019 Annual Lincoln Day Dinner” last month.

That strategy is not likely to help much in the very-Democratic Orlando. In early voting, more than three times as many Democrats have cast ballots than Republicans.

But despite three face-to-face forums this fall, neither Simons nor Ings has managed to draw much attention. Orlando Sentinel columnist Scott Maxwell wondered if the city even knew there was a mayoral election,

Dyer raised more than $600,000 and spent more than $500,000 through the end of October, putting up the elections’ only television commercials and blanketing the city with mailers. He also has rolled out countless endorsements of other elected officials, including numerous Republican Orlando City Commissioners, Orange County Commissioners, and Mayors of suburbs around Orlando.

Dyer has won his last four elections by 20 or 30 points, even in three-way elections, even when Paul Paulson outspent his campaign in 2015. 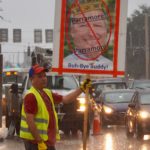 The corner of East Colonial Drive and North Mills Avenue in Orlando, where Dyer waved his sign Monday evening, always has been a popular spot for political campaign sign-waving. Dyer planned to put in a couple of hours Monday, though he arrived a bit late when it started raining. Across the street, one of his harshest critics, activist David Marks, had been waving a “Buh-Bye Buddy” sign at the same intersection all day, through heat and rain.

Marks doesn’t expect Dyer to lose. But in an election cycle in which Dyer’s opponents generated so little attention and alternatives that  Marks figures someone has to campaign against him.

When told Dyer would be coming soon to wave a sign at the same intersection, Marks replied, “I think it’s [expletive] hilarious.”