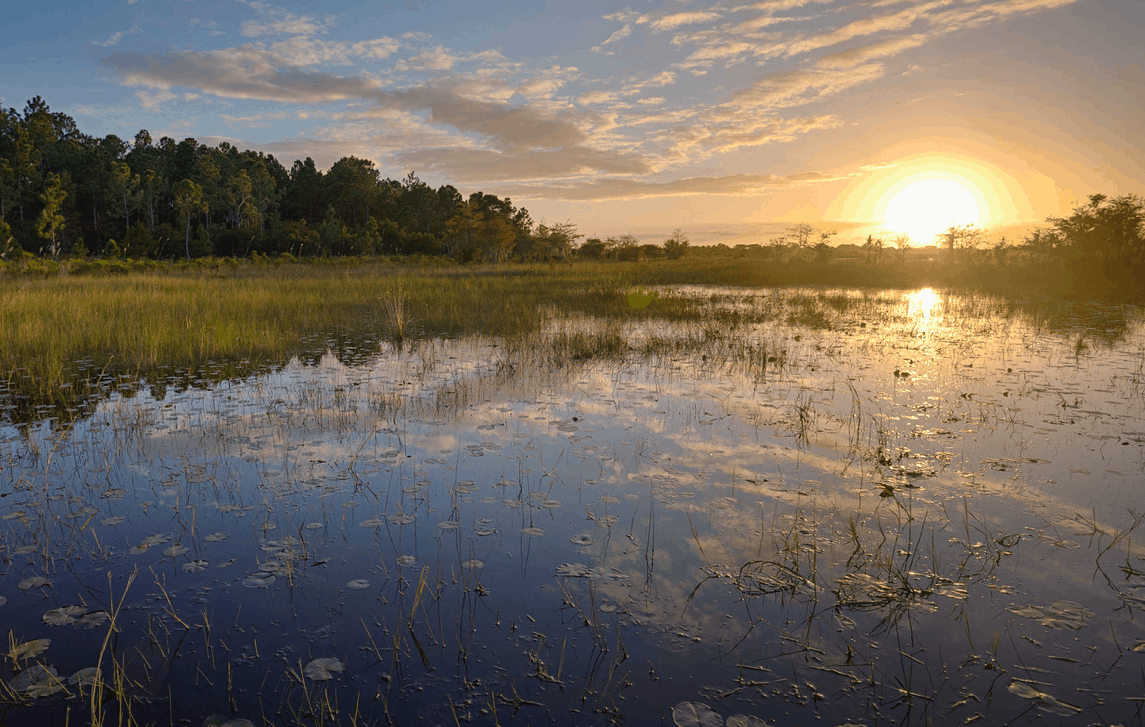 A proposed amendment to the Orange County Charter would prohibit any future development of the Split Oak Forest Wildlife and Environmental Area that straddles the county line of Orange and Osceola counties even if a controversial proposed road extension carves a path through it.

James Auffant, an Orlando lawyer who serves as vice chair of the Orange County Charter Review Commission, has drafted a proposed charter amendment for the 2020 county ballot that would prohibit the Orange County Commission from ever approving development plans that would include part of the official Split Oak preserve. And that prohibition could include the roughly 1,500 acres that may be added to the 2,000-acre preserve and park in a deal that has been proposed in exchange for the controversial road.

The state of Florida, Orange and Osceola counties acquired the original preserve in the 1990s, initially as wetlands mitigation bank land, then turned it into a preserve and park.

But its location, remote in the 1990s, now is at a crossroads between major development in north-central Osceola County and in southeast Orange County, and even bigger developments planned for east of there. Consequently, the Central Florida Expressway Authority is planning to push a major highway, Osceola Parkway, through the area to create new east-west transportation. And the most viable route may be through a corner of Split Oak. That proposal has drawn highly-contentious public hearings.

Auffant said the highway now probably is inevitable. His proposal, he said, is to prevent any further encroachment into Split Oak, as it exists now, and as it likely would be if the additional acreage is added through a deal offered by developer Tavistock Development Co.  and embraced by the Audubon Florida‘s Central Florida Policy Office.

“This is not about the road. this is about the consequence of the road. This is about people saying, ‘There’s a road. let’s develop it,'” Auffant said. “That’s a park that I like to walk. It’s a beautiful park. It’s the old Florida of 45 years ago, which is disappearing little by little.”

His proposal will get its first airing Wednesday evening when the Orange County Charter Review Commission holds a public hearing at 6 p.m., at the Meadow Woods Recreation Center, not far from Split Oak. Auffant said he’s already expecting dozens of public speakers, and has heard from no one who intends to come to oppose the charter amendment proposal.

Auffant said there is a “backdoor” in the Spli Oak trust documents that Florida and the two counties signed, which would allow development of Split Oak land if a proposal were to get super-majority approval from the two counties’ boards of commissioners. He wants to close that door. Specifically, the proposal’s current draft reads:

“The residents of Orange County, in order to protect Split Oak Forest Wildlife and Environmental Area from any future destruction, and in order to maintain the quality of their air and water, hereby bar the Orange County  Board of County Commissioners from approving or applying for any construction permits, development permits, release or modification of conservation easements, or modification of the Florida Communities Trust Grant Award Agreement.”

If the proposal in fact draws dozens of speakers [and previous hearings on Split Oak by the expressway authority and county commissions have drawn hundreds,] then Auffant’s proposal will have succeeded in doing something that several other proposed charter amendments have not: attract public attention.

Through the summer and early fall the commission has proposed charter amendments that would have tied housing growth to schools, create new protections for Orange County rivers, limit the roles lobbyists can play in county government, change the makeup of the Orange County Commission, deal with unlicensed contractors, and make it easier for citizens to get initiatives on the ballot. Public attendance has been light to non-existent for many of the meetings.