Kevin Beckner pumps $10,000 into his race for Hillsborough Clerk, boosting his first month earnings to $34K 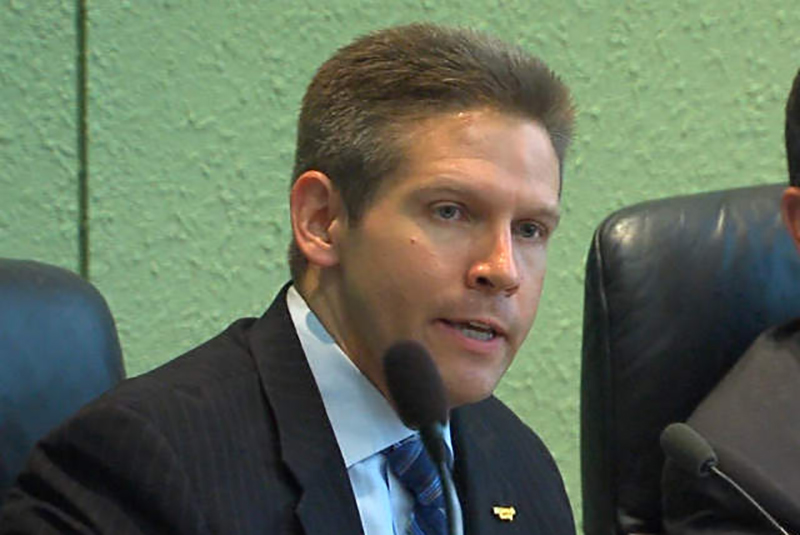 That total includes a $10,000 loan from Beckner’s personal finances and another $2,000 from his parents. Beckner also took in several contributions from family members of his husband, longtime Hillsborough County Sheriff’s Deputy and Master Sergeant Gil Sainz, as well as several from individuals working in law enforcement.

Beckner is running a second time for the Clerk’s seat after losing four years ago to incumbent Pat Frank. Frank is not seeking reelection.

Beckner received other notable contributions including $250 from former Florida Chief Financial Officer Alex Sink who recently endorsed him as well as from Tampa attorney Ron Christaldi. He also took in maximum $1,000 contributions from 7-star Petroleum and auto repair retailers EZ Repair and Tiers 4 Less, which does business as The Discount Tire Store on Busch Blvd.

Beckner received in-kind contributions from Bean Productions through a $500 discount on video production as well as from the Columbia Restaurant Gonzmart family for food and services.

Beckner spent a total of $4,800 in October including a $2,500 payment to Think Big Campaigns for website development, $1,200 to Bean Productions for video producing and nearly $800 to Gunn Printing for thank you cards and remittance envelopes.

Beckner is one of three candidates currently filed for the race. Beckner will face Hillsborough Clerk’s office veteran Doug Bakke in the Democratic primary. Bakke just entered the race this month and won’t report his first round of fundraising until next month.

Hillsborough County Commissioner Sandy Murman is also filed for the race, but isn’t expected to actually run for the seat. She’s raised a total of $193,000, but hasn’t actively fundraised in over a year. Murman, a Republican who represents the single-member District 1 and is term-limited out of that seat, is rumored to be considering challenging Democrat Pat Kemp for Kemp’s countywide District 6 seat.