The U.S. House Democrats’ report on their impeachment inquiry, released Tuesday afternoon, starts with one clear and simple allegation of abuse of power by President Donald Trump, and then follows with a bunch more.

Given the simplicity of the first allegation — that Trump urged a foreign government, Ukraine, to help him politically — the next step in the House impeachment proceedings probably just got a lot clearer.

The House Judiciary Committee begins its impeachment proceedings hearings Wednesday and probably will see no need to do any more investigation of Trump or Ukraine. This step, now, will be all about whether a President urging a foreign country to participate in American politics, as a bare minimum charge, rises to the level of high crimes and misdemeanors.

Sure, the 290-page report [plus appendices] goes into plenty of other allegations of abuses of power, quid-pro-quos, and obstructions of justice, and the committee will have to sort out those as well.

But perhaps the most important message laid out by the report, drafted by Democrats with the House Committees on Intelligence, Oversight and Reform, and Foreign Affairs, comes down to this: You don’t need a quid-pro-quo, or a bribe, or extortion, or treason, for an abuse of power.

At Wednesday’s opening hearing, legal experts will discuss, and Democrats and Republicans will debate, what the U.S. Constitution expects and allows. That is likely to lay the basis of what Chair Jerrold Nadler will pursue through his committee for the duration of this step: What qualifies for articles of impeachment?

“I left Venezuela fleeing from a dictator, only to find another one in America” via Pérez Fernández of the Sun Sentinel

“Kamala Harris drops out of 2020 presidential race” via Stead Herndon, Shane Goldmacher, and Jonathan Martin of the New York Times

“Ron DeSantis on vaping: Concurs with Trump on postponing ban on flavored e-cigarettes” via Isaac Morgan of the Florida Phoenix

“Florida independent voters on the rise, pushing to overhaul a century-old primary election system. But what will the Florida Supreme Court say” via Lloyd Dunkelberger of the Florida Phoenix

“‘We should hang’ Ilhan Omar, Florida congressional candidate writes in fundraising letter” via Steve Contorno of the Tampa Bay Times

“Another racially charged incident for Martin Hyde, according to Sarasota police report” via Zac Anderson of the Sarasota Herald-Tribune

“I’m not a billionaire. I can’t fund my own campaign. And as the campaign has gone on, it’s become harder and harder to raise the money we need to compete. In good faith, I can’t tell you, my supporters and volunteers, that I have a path forward if I don’t believe I do. So, to you my supporters, it is with deep regret — but also with deep gratitude — that I am suspending my campaign today.” — California U.S. Sen. Kamala Harris announcing the end of her presidential campaign. 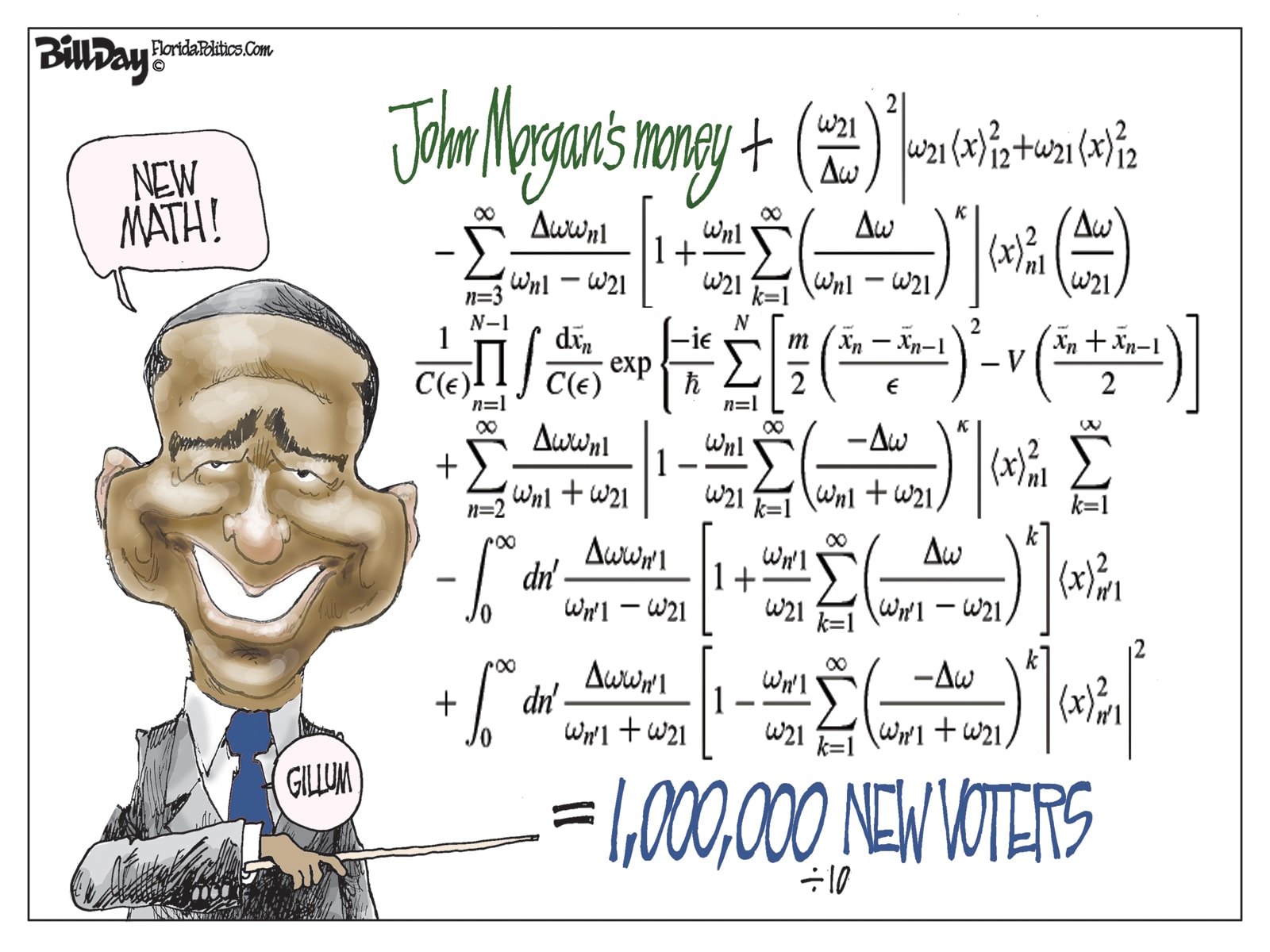 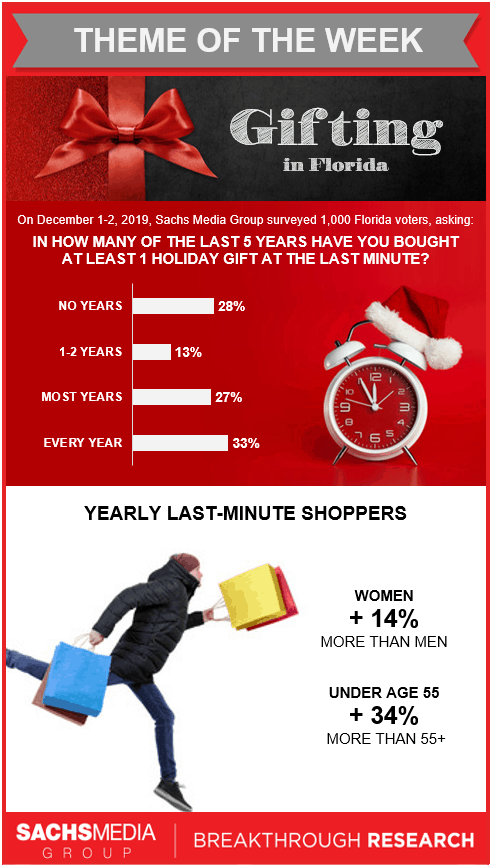 The Board of Governors for state-backed insurer Citizens Property Insurance Corp. will hold a conference call to discuss and provide updates on a number of claims-related issues, including AOB and claims stemming from Hurricane Irma. The call starts at 10 a.m. The call-in number is 1-866-361-7525. The conference code is 5219676193.

Rep. Mike Caruso will announce a $500,000 funding request for the 211 Palm Beach/Treasure Coast Helpline to support people in crisis across the region. Rail company Brightline plans to match the funding if it’s approved. The news conference starts at 11:30 a.m. at the Delray Beach Chamber of Commerce, 140 NE 1st St.

The Revenue Estimating Conference will meet to discuss expected gambling revenues for the state. The meeting begins at 2 p.m. in the Knott Building at the Capitol.

Former U.S. Attorney Eric Holder will be in Miami for a roundtable on the 2020 Census’ impact on the redistricting process for Congressional and state legislative seats. The discussion begins at 3:30 p.m., 10800 Biscayne Blvd.

nextGun background checks are on pace to break record in 2019