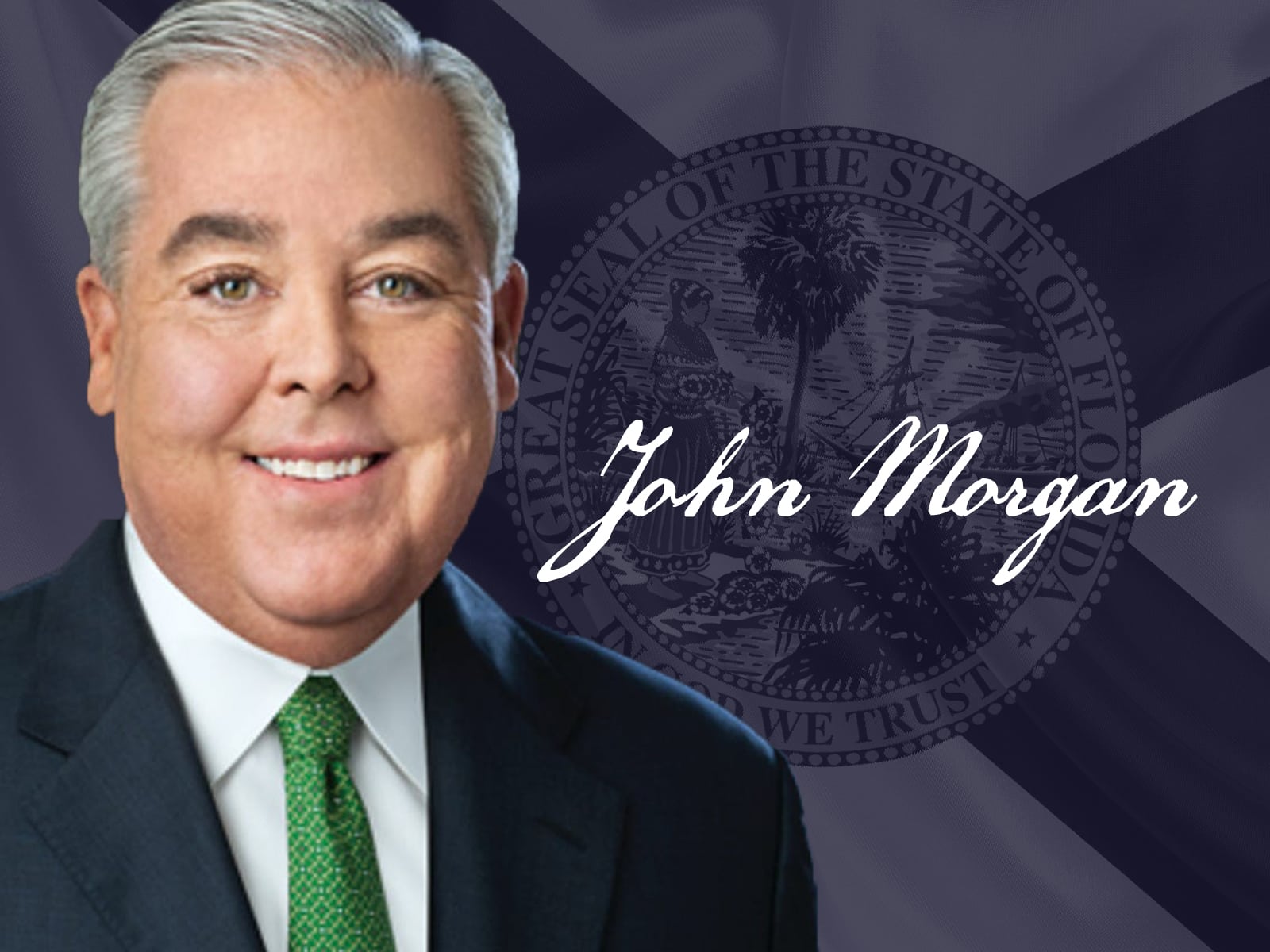 John Morgan may not be a politician, but he is certainly a formidable force in Florida politics.

Orlando lawyer John Morgan’s fingerprints are on several elections throughout the past decade.

Among the criteria for this list was that a person must have been either an elected official or a candidate for office at some point during the decade. Morgan doesn’t fit that bill, but it’s hard to ignore his impact on Florida politics.

He’s largely responsible for Florida’s compassionate use medical cannabis law and, if voters approve it in 2020, will be the biggest driving force behind raising the state’s minimum wage.

Morgan put his thumb on the scale of cannabis policy in Florida as an early supporter of medical legalization. He supported the Compassionate Medical Cannabis Act passed in 2014 known as the Charlotte’s Web law.

That law allowed low-THC cannabis use for certain patients suffering from epilepsy. Morgan saw it as a first step to more robust medical cannabis laws to treat a variety of ailments.

He went on to put millions of his own money into Florida’s Amendment 2 in 2016 that ultimately legalized cannabis for a wide variety of medical ailments through a variety of different uses.

By 2018, Morgan had shifted focus to a new battle — raising Florida’s minimum wage. Now he’s backing, and bankrolling, the Florida for a Fair Wage amendment that will appear on the 2020 ballot seeking to raise the minimum wage to $15 an hour by 2026.

Morgan has so far sunk $4.6 million of his own money into the campaign.

While ballot initiatives have been Morgan’s political staples, he also has been a behind the scenes force in individual campaigns.

It’s not a stretch to argue Morgan had a ripple effect on the 2018 gubernatorial race. For months he was rumored to be considering running for the state’s top job himself. He flirted with the idea for a while, neither confirming nor denying his intent.

Instead, he sat on the bleachers and watched the Democratic pool of contenders form. But his unspoken threat to put his own name before voters served as a sort of referendum of its own on other candidates. How would they run a successful campaign if a wealthy, charismatic and popular figure in Florida shared the ballot?

Ultimately Morgan said he wouldn’t run and he was so disheartened by the state of affairs in the Florida Democratic Party that he was leaving the party to become an independent.

That didn’t stop him from throwing his monied weight behind Andrew Gillum who, in a primary that surprised many, managed to defeat the establishment favorite, Gwen Graham.

Morgan has since regretted that support in a very public feud with Gillum over not spending millions of dollars in contributions, a move that might have led to his narrow loss to Republican Ron DeSantis, but his input in that race showed the lengths, and expense, to which Morgan would go to influence politics in his home state.