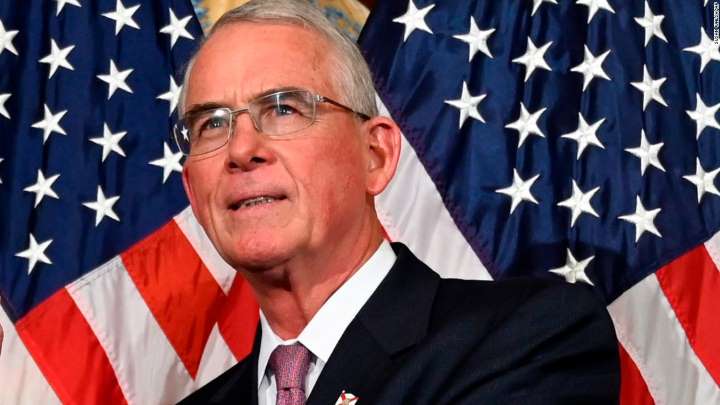 He's the last Republican in the House to announce how he will vote.

“I’m gonna vote against it,” Rooney told Florida Politics. “Like I’ve said several times, I’m concerned about this becoming more of a political process than a process destined to find justice and truth.

“Impeachment is so heavy of a situation for the country; there should be a more exhaustive process than what we are doing.”

With the Naples Republican siding against the action, that means likely every member of the House Republican caucus will vote against impeaching the President.

Rooney said he has tried to keep an open mind throughout the process, and that he personally felt no pressure regarding his vote.

He has spoken in recent days with two former White House counsel and conducted exhaustive research on the process. By his judgment, actions by the President do not rise to impeachable offenses.

“I’m sure there’s others,” Rooney said.

And he still feels troubled by several actions by Trump and those around him.

“He shouldn’t have bullied the Ukrainian President,” Rooney said of Trump. “ And he shouldn’t have sent Rudy Giuliani over there acting like he was Deputy Secretary of State.”

Before serving in Congress, Rooney served as Ambassador to the Holy See.

Rooney would still like the Senate to demand Giuliani and others testify. But he doubts that will happen.

The entire process has been rushed beyond Rooney’s liking. Rooney served as a Senate intern during Watergate hearings, he said, and feels there was much more effort to gather all facts before taking any vote.

“We don’t have anything near that gravitas around this process,” he said.

“It’s not an Etch-A-Sketch,” Rooney said in October. “The only thing I can assume is, he meant what he had to say — that there was a quid pro quo on this stuff.”

Rooney said he would consider all evidence presented in a House investigation of whether Trump abused his power in pursuit of damaging information on a political rival.

But while he supported the early investigation, Rooney voted against the launch of a formal impeachment inquiry.

“While today’s resolution opens the way the hearings will be conducted in many ways, which is an improvement, the process is still less open to having all sides represented than prior impeachments,” he said at the time.