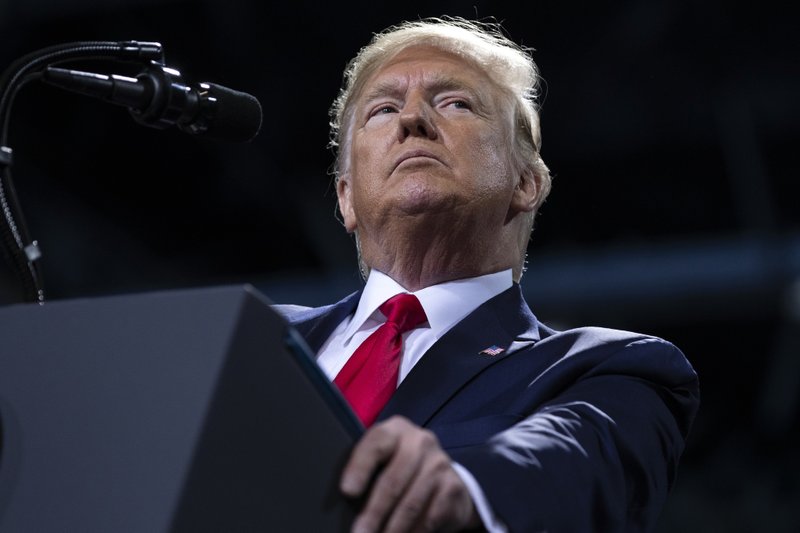 I love the study of history, but historians often drive me crazy.

For the last three years, I have dedicated a considerable part of my professional life to getting the Florida Legislature to change one word in Section 1007.25(4), Florida Statutes.

That change would replace the word “or” with the word “and” in Florida’s postsecondary civic literacy requirement.

Instead of a student being able to meet the college-level requirement by taking either government “or” history, he or she would now have to take government “and” history.

I am trying to get that one little word changed, not only because I teach history and would like to continue in the face of declining enrollments, but because the Legislature, when it debated civic literacy, made very clear what it is: a knowledge of both.

I am closer than I have ever been on this. A member of the Florida House really wants to sponsor this bill, if we can find a Senate sponsor, and if the members of my own profession don’t sabotage things first.

That is, if they don’t replicate what they did in the 1990s culminating in the impeachment of Bill Clinton, where historians took a very public and partisan position that ended up damaging the integrity of the history profession in the public mind for quite a long time.

I’ve been holding my breath during President Donald Trump‘s impeachment saga, particularly watching the legal panel two weeks ago split along partisan lines, praying that the history profession will not repeat the same mistake it made in 1998, and therefore render my three-year effort useless.

The involvement of the history profession in Clinton’s impeachment came at a time when historians were already involved in controversy, from national history standards emanating from the National Endowment for the Humanities to a controversial Smithsonian exhibit about the dropping of the atomic bomb, to the seemingly continual controversy over textbooks.

In the fall of 1998, as impeachment against Clinton became a real possibility, Professor Sean Wilentz of Princeton, aided by two elderly icons of the history profession — Arthur Schlesinger Jr. and C. Vann Woodward — began to gather signatures for a full-page ad in The New York Times opposing the impeachment. Among other things, the ad (which was finally published Oct. 30 with 400 signatures) claimed that impeaching Clinton would “endanger the Constitution.”

In the ad, “historians speaking as citizens” warned that “the theory of impeachment underlying these efforts is unprecedented in our history.” All the signers agreed that “partisan politics should not dictate the outcome of an impeachment vote.” The open letter warned of dire consequences to the future independence of the Presidency and begged Congress “to get back to the public business.”

Key signers, including Wilentz, Schlesinger and Jack Rakove, went to Washington the next week to testify before a subcommittee of the House Judicial Affairs Committee.

A very damaging public moment occurred when the historians admitted they were there “at the invitation of the White House” and that Rakove had volunteered to testify because he was a friend to a member of the Clinton legal team.

Instead of the language of an impartial historian, Wilentz starkly warned that were members of the House “to go through with the impeachment, disregarding the letter as well as the spirit of the Constitution, defying the deliberate judgment of the people … you will have done far more to subvert respect for the framers, for representative government and for the rule of law than any crime that has been alleged against President Clinton.”

Wilentz and the others had crossed the line from disinterested experts to being an expert witness in the adversarial legal sense, a hired gun, so to speak, just like the lawyers two weeks ago.

And people noticed, and so did politicians and pundits who openly criticized the historians.

Over the next decade, the NEH budget was cut; so were university budgets in the liberal arts across the country. History requirements began to be dropped, and in some cases, whole departments were eliminated.

The idea of postsecondary education as job training began to gather force. In Florida, the Legislature capped the number of general education hours that a college or university can require, forcing institutions to make hard choices about what courses to require for graduation. In many, or most cases, history was one of those requirements dropped.

Were there some financial reasons for the change, particularly in the aftermath of the 2008 crash? I’m sure there were. I am equally sure, however, that one of the motivating factors was the belief among politicians (and many in the public) that they simply could not trust the history profession to be fair.

Sure enough, if the politicians need evidence of that in 2019, along comes Pulitzer Prize-winning historian Joseph Ellis, to underscore the political nature of history, and to make my efforts more difficult.

Ellis had his own controversies during the 1990s, culminating in 2001 when it was revealed that he had been lying for decades about serving in Vietnam.

This week he was back, penning an opinion column for CNN, arguing that while, yes (to his stated surprise) every one of America’s 45 Presidents had been accused of “corruption, abuse of power or some violation of his oath of office,” only four presidents have been the subject of impeachment (Andrew Johnson, Richard Nixon, Bill Clinton and Donald Trump).

Since he signed Wilentz’s 1998 petition against the impeachment of Clinton for lying before a federal grand jury, and seemingly dismisses the likely impeachment of Nixon as being based on a “bungled burglary,” it really shouldn’t surprise anyone that to Ellis, only two of those four impeachments matter, Johnson and Trump.

It is his reasons for that in 2019, contrasted with what was said in 1998, that are likely to inflame impressions toward the history profession, and make us all look bad … again.

Andrew Johnson was impeached for violating the Tenure of Office Act, which forbade a President from firing a member of his cabinet without congressional approval.

Anyone with a lick of sense in 1868 knew that the law was an unconstitutional violation of separation of powers (the Supreme Court eventually ruled that way) passed for the purpose of creating a “crime” for which to impeach the President, since he wanted to fire his Secretary of War.

Ellis admits all of that in his piece, and also admits — apparently approvingly — that the “true charge” against Johnson was purely one of policy differences, the idea that he “opposed the 14th and 15th amendments and the agenda of the Radical Republicans to enfranchise the emancipated slaves.”

In like manner, the “real charge” against Trump is, vaguely, “his belief that he stands above the law, is an elected monarch.”

To Ellis, failure to impeach Johnson because he disagreed with Congress over Reconstruction and Trump because of his manners puts at risk “nothing less than preservation of the republican framework of the Constitution,” an eerie and inverted echo of the reason that 400 historians gave for why Clinton should not be impeached.

I wish I thought that Ellis’ column was a joke, that he realized that green lighting impeachment because a President disagrees with congressional policy or because a President believes he has a lot of power to do things without congressional approval — something virtually every American President has claimed — is about as dangerous to the “preservation of the republican framework of the Constitution” as you can get.

At least in 1998, you had videotape of Clinton specifically lying to a grand jury, even if it was just about sex. But I don’t think Ellis was joking; I think he means what he wrote, that there are two sets of impeachment standards, one for Presidents with whom he agrees and another for Presidents with whom he disagrees. I haven’t heard much from Sean Wilentz about the Trump impeachment, but I’m pretty sure he no longer believes “partisan politics should not dictate the outcome of an impeachment vote.”

I love the study of history, but historians often drive me crazy. And make my efforts to promote the importance of history much more difficult.

I finished this column Monday night, at almost the same time that The Washington Post was releasing a letter from 700 “scholars” demanding the impeachment of Trump for demonstrating “brazen contempt for representative government,” and for his “numerous and flagrant abuses of power.”

I do not know how many of the most recent signees also signed the petition against Clinton’s impeachment 20 years ago, but I suspect a good many. The most recent signatories include the following who have been given the title “historian” without the academic bona fides to warrant it: filmmaker Ken Burns, journalists Robert Caro, Ron Chernow and Jon Meacham.

The Post does mention one real historian in its list: Douglas Brinkley, though I suspect there are more. If they had set out purposely to demean the history profession, they could not have done a better job.

previousSunburn — The morning read of what’s hot in Florida politics — 12.19.19

next6 big questions ahead of Democrats’ final debate of 2019