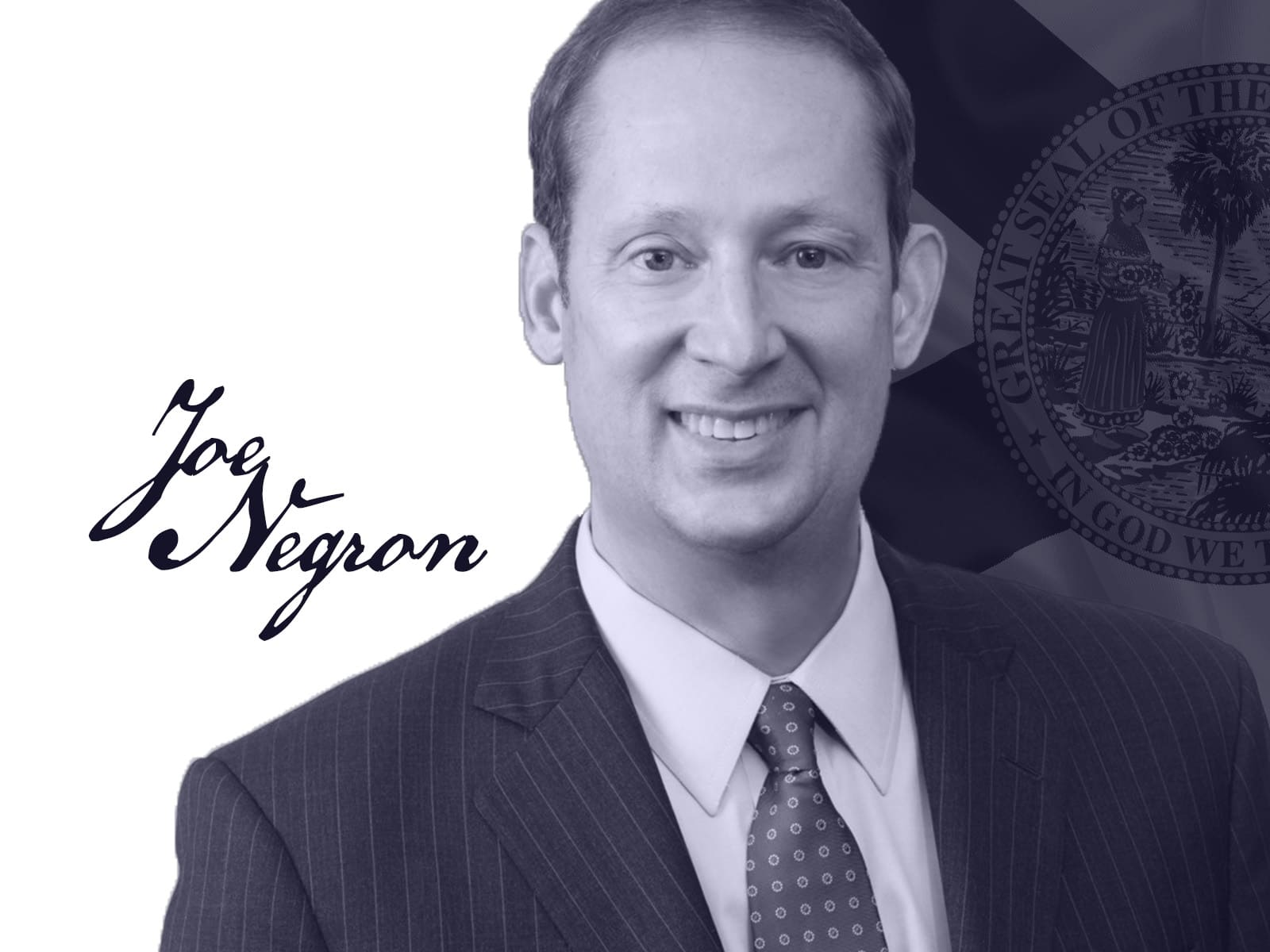 Negron was a champion for the Everglades.

If you look around the Florida Legislature today, it’s easy to see the impact of former Senate President Joe Negron.

In addition to leading the Senate his final two years in office in 2017 and 2018, Negron was a master recruiter for conservative leaders to join the ranks in Tallahassee. See Sens. Aaron Bean and Jeff Brandes, who are institutions in their own rights.

A healthy chunk of the existing Senate is in some way there because of Negron, which is a legacy all of its own.

Still, you don’t serve as Senate President for two years without leaving a significant mark on state politics and priorities.

“It’s no surprise President Negron would be chosen as one of the politicians of the decade, having served as a Sub Appropriations Chairman three times and as Full Appropriations Chairman twice in addition to also serving as President of the Senate,” says Tracy Mayernick of The Mayernick Group. “His lasting legacy on Florida’s Higher Education System has placed our state as the number one public higher education system in the country. ”

Among Negron’s most significant wins — one that defies partisanship — came by way of protecting the Florida Everglades.

The environmental group Audubon Florida named Negron its “Champion of the Everglades” in 2017 as a result of his leadership on a successful effort (SB 10) to protect the threatened Everglades by mandating the construction of a reservoir south of Lake Okeechobee to reduce discharges to the St. Lucie and Caloosahatchee estuaries to prevent future harmful algal blooms to Florida waterways.

The blooms had plagued waterways throughout 2016, and Negron’s bill was seen as a quick fix.

It was a longtime goal for Negron, who campaigned for his Senate seat to (among other priorities) protect the St. Lucie River.

In 2011, Negron championed a bill that would have streamlined the way law enforcement obtained witness identification of suspects in crimes. The bill would have required witnesses to view photographs of potential suspects individually and by someone who was not familiar with the identities of those shown in the photos.

The idea was to increase the number of times witnesses were able to identify a suspect and decrease false identifications. The Florida Innocence project supported the measure, but police and prosecutor groups opposed it and it ultimately failed.

The effort showed a willingness to work with groups more traditionally seen as aligned with Democrats, and Negron made the measure a priority in the 2017 Legislative Session, when it ultimately cleared the Legislature.

Negron also gained notoriety for his campaign to become Senate President, defeating Jack Latvala for the gavel. Latvala was at the time considered one of the most powerful politicians in Tallahassee, but Negron managed to outmaneuver him in a competitive race.

When his presidency was up, Negron resigned his seat in the Senate — leaving two years of his term on the table.

Negron was since hired as general counsel for the GEO Group.

“Generations from now, Floridians will thank Joe Negron for his leadership on the environment and education,” state Sen. Anitere Flores says. “Thanks to his vision, Lake Okeechobee is cleaner and more sustainable.   And we can all thank Joe for giving us the best state university system in the country.”

nextLast Call for 12.30.19 — A prime-time read of what's going down in Florida politics