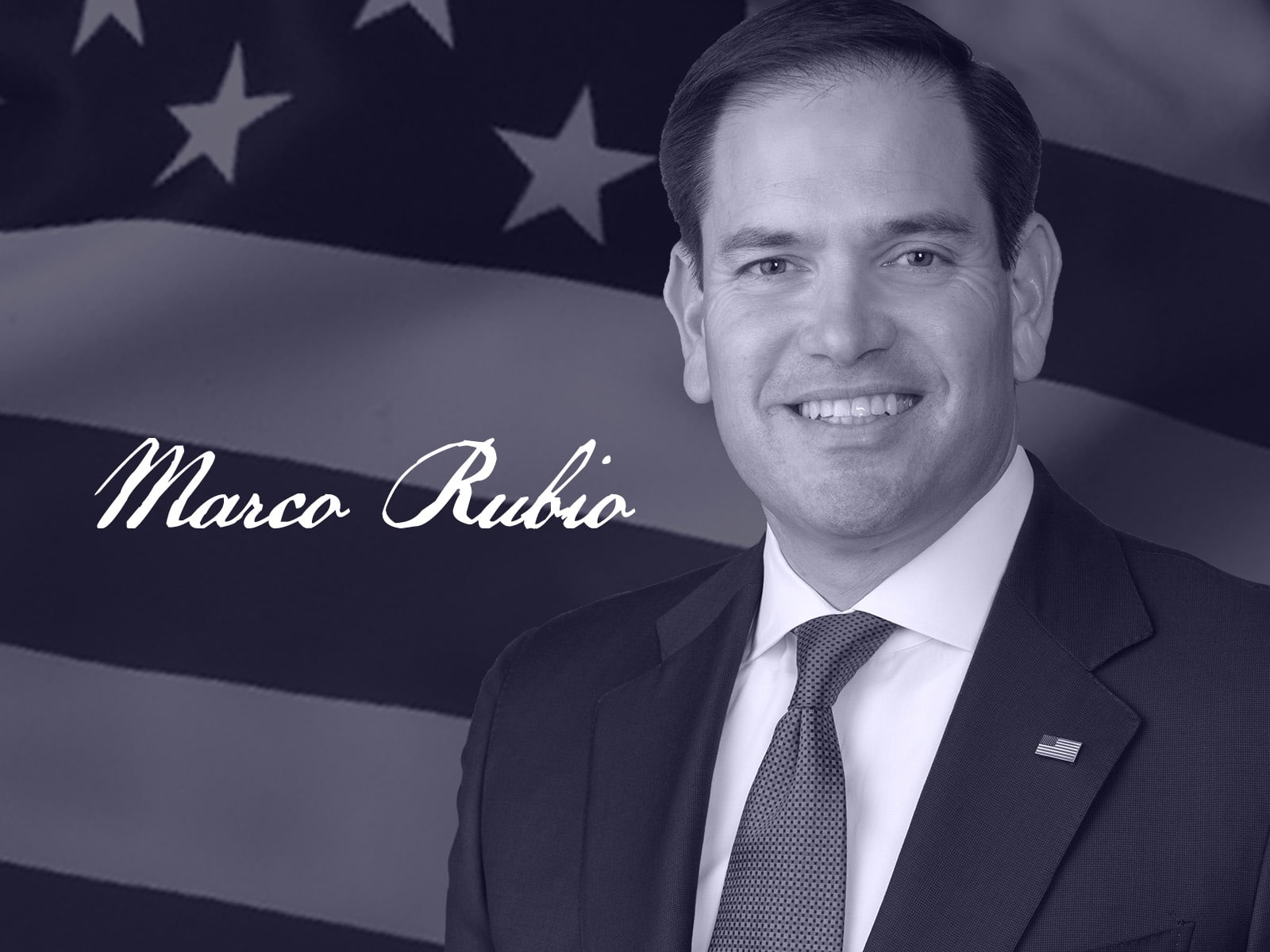 In many ways, U.S. Sen. Marco Rubio is the face of the Republican Party on the national stage in Florida. Serving just his second term, Rubio has already been a national voice on issues ranging from foreign affairs and immigration to health care and gun legislation.

Rubio first ran for the Senate in 2010 after serving as the Speaker of the Florida House of Representatives. Rubio’s rise to power that year was driven mainly by the Tea Party movement sweeping the nation, but it was further buoyed by his handsome charm and thoughtful speaking manner.

After his election, Rubio was almost immediately rumored to be grooming himself for a presidential bid in 2012, a claim he denied.

Rubio’s national platform and rising star were so prevalent that it’s widely believed he was the inspiration behind a character in a 2013 sitcom called Alpha House. The show revolves around four Republican Senators who all live in the same Washington rental. The Rubio-esque character Andy Guzman was played by the super-suave former soap star Mark Consuelos. In the sitcom, Guzman is being groomed for a potential presidential run. In the show, Guzman was a Senator from Florida.

Pop culture aside, Rubio did enter the 2016 presidential race. He again found himself in the national spotlight and was seen as a top contender for the party’s nomination after former Florida Gov. Jeb Bush withdrew from the race. Rubio was an eloquent, more establishment voice for the party against the backdrop of now-President Donald Trump.

From a policy perspective, Rubio was often a champion for conservative policies. He has been a staunch opponent of what NRA supporters see as anti-Second Amendment gun control reform and former President Barack Obama’s signature health care reform, the Affordable Care Act.

In 2013 Rubio appeared to break ranks with the majority of his party on immigration reform. He was a member of the “Gang of Eight” that proposed comprehensive immigration reform that included a pathway to citizenship for the 11 million undocumented immigrants living in the United States at that time. The proposal eventually passed the Senate.

However, Rubio eventually backed off the proposal, saying the House should not take it up and instead focus on repealing Obamacare.

Rubio sided with Obama at least once during his term. In 2016, Rubio backed Obama’s request for $2 million in funding for research and response to the Zika virus outbreak. Florida accounted for a disproportionate number of reported Zika cases. In sticking with his conservative principles, though, Rubio said he opposed terminating pregnancies in which the fetus was found to be affected by the Zika virus, which causes microcephaly, a condition in which infants are born with a smaller than normal head.

Rubio also delivered the 2013 Republican response to Obama’s State of the Union Address, the first year the address was given in both English and Spanish. To this day, he’s seen as a pioneer for Hispanic politicians.

“His focus is really on policy change, and he is a very ambitious individual. He is someone with great Hispanic providence in leadership, which he showed very early on. Rubio has been a trailblazer for Hispanic leaders in the state,” said Tallahassee lobbyist Gus Corbella.

nextNo. 2 on the list of Florida Politicians of the Decade: Richard Corcoran