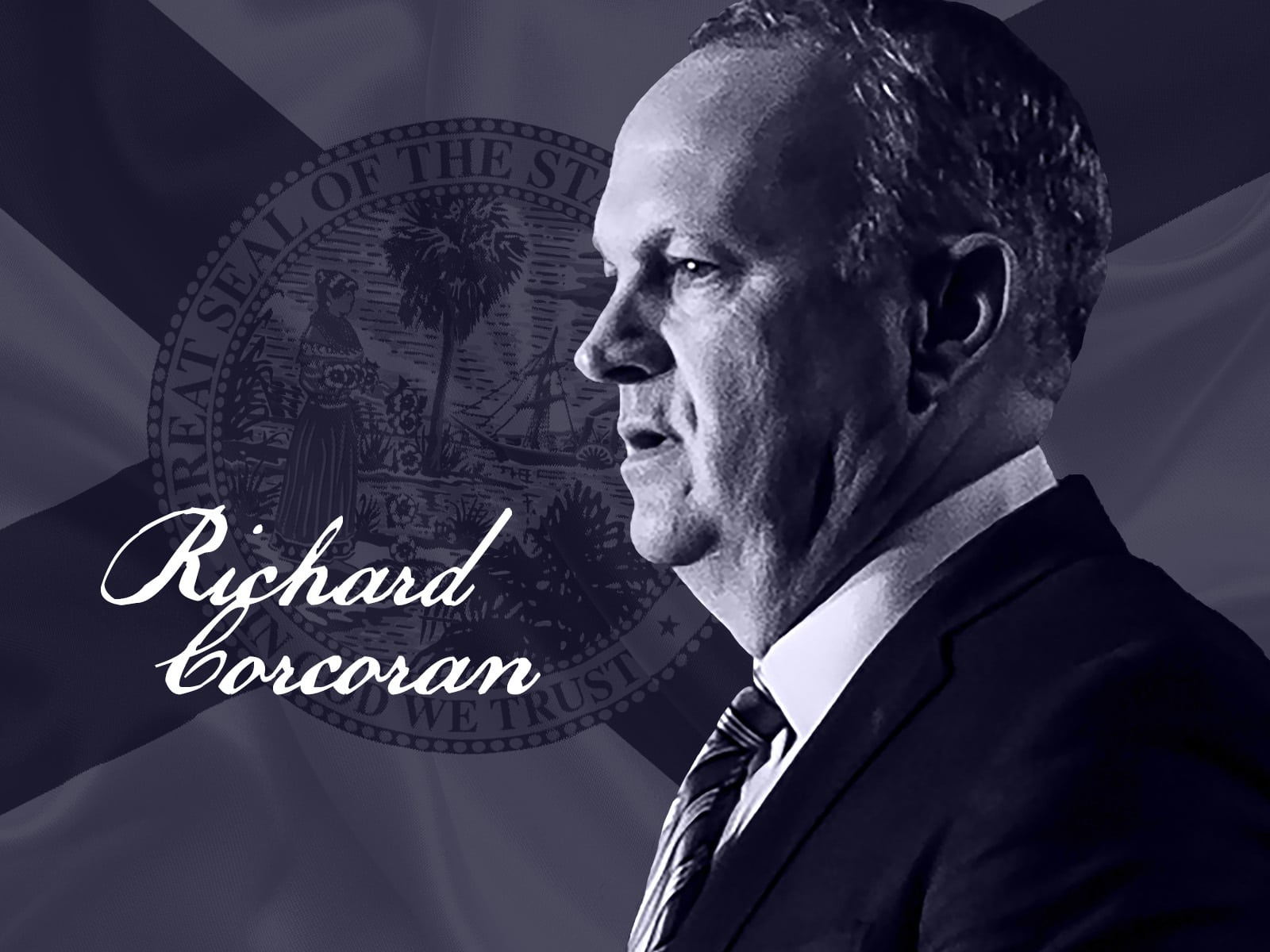 Corcoran left his mark on education, and continues to do so.

No House Speaker in modern history has wielded as much power before, during, and after their two-year term as Richard Corcoran.

Though Corcoran didn’t officially take over the chamber until after the 2016 elections, he had started flexing his influence over the political process long before then.

Perhaps his best-known moment pre-Speakership came in the eleventh hour of the 2015 Legislative Session, when the then-House Budget Chief single-handedly scuttled the Senate’s $2 billion plan to expand Medicaid.

That famously fiery rant saw Corcoran declare war on the “Gucci-loafing, shoe-wearing special interest powers that be.” And it was also in that moment that the rest of the state caught on to what those serving in the Legislature already knew: Corcoran was running the show.

At the time, many theorized that Corcoran’s sway was a result of then-House Speaker Steve Crisafulli’s unlikely rise to power. That’s true to an extent, but it sells Corcoran short.

The Pasco County Republican came to the House with far more knowledge and experience than your typical freshman.

He had worked under Daniel Webster, Tom Feeney and Marco Rubio during their terms as House Speaker, served as legal counsel to former Gov. Jeb Bush, and gained the attention of Rick Scott before he launched his first gubernatorial campaign.

He picked up a thing or two from each. Still, policywise, Corcoran bears the most similarity to Bush — his term as House Speaker was defined by his advocacy for school choice, including a war on teacher unions and the creation of “Hope” scholarships to enable bullied children to attend a private school.

“I am not a wine drinker, but I am told that the finest wines have the most complex flavors, and are rich with surprising combinations. So can it be with people. Richard Corcoran is complex: bold, fearless, daring, and calculating mixed with compassion, devotion, faith, kindness, and a deep love for others,” Kathy Mears said.

“He uses every talent to push forward ideas that he believes are right. Love him, admire him, fear him, or hate him, no one can deny that he has profoundly influenced this decade in Florida politics.”

Unquestionably, his behind-the-scenes experience and detailed knowledge of procedure helped make him among the shrewdest and most effective lawmakers in the Legislature in the last decade. But the past two years have shown term limits didn’t bind his political influence.

Heading into 2018, all eyes were on Corcoran. Though he could not run for another term in the House, he had been raising money at a rapid clip, and him announcing a run for Governor was seen as an inevitability — he even held a debate against the future Democratic nominee, Andrew Gillum.

But no campaign announcement came after the hankie dropped at the end of the 2018 Legislative Session. Instead, Corcoran opted to stand down and endorse Adam Putnam as Scott’s successor, and he even threw a few jabs at Ron DeSantis, who was seen as a manageable if not mild threat to Putnam’s ascendancy.

Putnam, of course, lost by a landslide. But somehow Corcoran still managed to win.

A month before DeSantis was sworn in, he had already announced Corcoran as his pick for Education Commissioner.

In his first year leading the Department of Education, Corcoran has already presided over nearly as much change to the state education system as he did during his time in the House — the Family Empowerment Scholarship program OK’d by lawmakers this year will help another 18,000 Florida kids attend private school, making it arguably of the most significant expansion to school choice since the Bush years.

With teacher pay and education standards next on his and DeSantis’ to-do list, Corocran’s legacy isn’t done being written.

previousNo. 3 on the list of Florida Politicians of the Decade: Marco Rubio

nextNo. 1 on the list of Florida Politicians of the Decade: Rick Scott