I thought by now we would be traveling in space a wee bit more.

As a youngster, I thought by now we would be traveling in space a wee bit more, it’s kind of hard to believe the space race seemed to have been in silent mode for so many years.

Anyway, it appears to be back on track but what do we have now that 1980 me would have never guessed? Keep in mind, it was 1987 when William Rogers, part of NASA’s last deep space probe, that kept space top of mind back in the day, and still today.

Back to what we do have. We have the collective knowledge of all mankind in a device in our pocket that also has music, movies, games, accounting, maps and all things at our fingertips. Think about it for a moment; that is still mind-blowing. 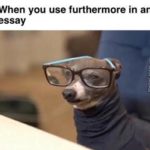 I was sitting at Thanksgiving (about to pour some vino) when my father-in-law mentioned we should listen to some opera. So, I cranked up La Boheme by Puccini via Spotify on the phone. He was not very familiar with streaming services and was blown away.

Our tech has reached a point where autonomous vehicles, artificial intelligence, and all things tech are increasingly seeping into our lives.

(Not the game, but the commercial. Why does the Bucs QB think he is so awesome? He leads the NFL in INTs, 30 INTs — that is not “balling,” as he said in his presser.) Anyway, if you did not see the FedEx clip:

Unfortunately, as we look forward (especially in an election year), we need to start tightening things up all things in regards to tech and specifically cybersecurity.

Some interesting things to consider, the Russians have created their own internet separate from ours. It’s called RUnet and I was mentioning this casually to Brad Swanson from Florida Internet and Television in our latest podcast and he thought I was referring to the Russians creating fake pages on social media, etc to cause problems in elections.

You can check out that conversation here:

They tested it in late December to see if they could cut their entire country off from the rest of the world’s internet. Why you may be asking? Let’s just say you don’t have to consult the tarot cards to figure out this is bad news. I would think they want to have their own so they can destroy the other altogether, if Vladimir Putin and the gang cannot achieve global domination, perhaps they will settle for global disruption? Too grim?

Maybe they just really want to ramp up their online gaming experience for their citizens? Not.

Keep your eye on this, as it’s not good for the rest of us. Info here.

Meanwhile back in Florida, Pensacola was pummeled with a cyber-attack in December.

The attack caused so many problems that unlike many of the other attacks in the state this year where they paid a ransom to get their data back and don’t even know where to start the recovery.

In fact, Pensacola paid a six-figure consulting fee to Deloitte to figure out how to get on the path of revival.

Hackers will continue to target schools, cities, government agencies until they/we ramp up security and training to meet the threats head-on. But it is not just those large entities; hackers will continue the onslaught against doctors, lobbyists and pinball repair companies.

Anyone with a computer is a target.

The most common threats I witnessed this year (besides ransomware) were old school phishing techniques — with the three most common:

— An email to you from the boss asking you to go get gift cards. Please do not fall for this.

— You have been filmed viewing inappropriate websites and we will leak this info and all your data to your contacts unless you pay us. Do not fall for this.

— A phone call from Dell/Microsoft claiming to need to update your computer. Do not fall for this, either.

I am excited to see what innovation awaits us in 2020 and beyond; apps like BiteSquad, Spotify, and Airbnb have certainly changed my life for the better in recent years.

But the unpleasant truth is American (and Florida, in particular) is a huge target so we must be constantly vigilant to fight cybercrime and protect our businesses, Democracy and way of life.

Happy New Year and for more optimistic thoughts on the 2020 tech landscape, look for my tech columns in the new year. 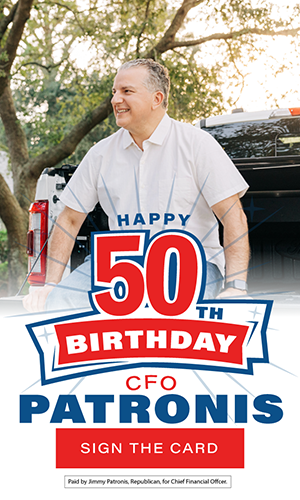